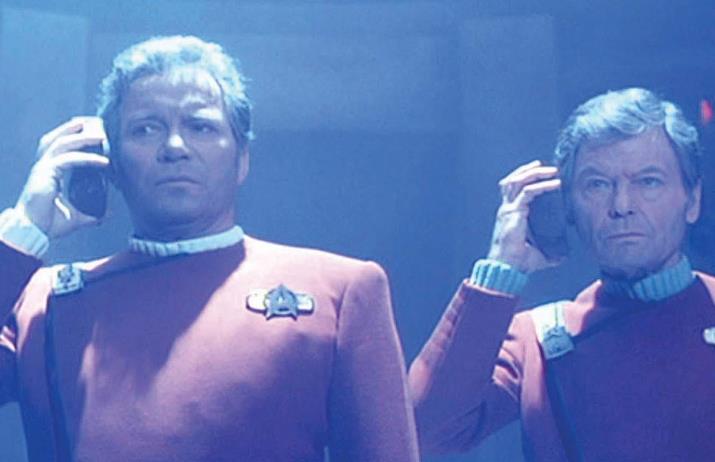 In the grand tradition of turning real life into Star Trek, Microsoft will debut a new feature for Skype later this year that allows you to talk to people from all over the world by translating their language as they speak. That’s right folks, the days of awkward charades and misunderstandings are over, solved, as all problems are, by computer geeks.

The creators have not been shy in comparing the program to Star Trek’s Universal Translator. The result of “decades of work by the industry” and more than ten years of research by Microsoft’s own small army of technicians and scientists, the translator is reportedly incredibly fast, with the translated words appearing as text over the video nearly as soon as they are spoken. The translator will have around 40 languages to start with, and will increase that number over time.

The program seems incredibly, alarmingly smart (say hello to the forerunner of your future robot overlords). It is able to learn and improve at languages with time and practice, just like (some) humans. Gurdeep Pall, vice president of Skype, tried to explain how it works. “Say you teach it English. It learns English, then you teach it Mandarin. It learns Mandarin, but it becomes better at English. And then you teach it Spanish. It gets good at Spanish, but it gets great at both Mandarin and English — and, quite frankly, none of us know exactly why,” he said. Makes sense, I guess.

It was first demonstrated at Code Conference in Ranchos Palos Verdes, California, earlier this week, with great success. An early version will be released at the end of the year and will only work with Windows 8, but if it is successful, it will become available for all Windows Phones, computers, and even Xboxes.

The translator might be just what Skype needs to stay competitive in a market overrun with ways of communicating via video that have begun to make downloading Skype seem like a waste of time. Mums the word on whether other companies have the technology yet (get on it, corporate spies), but I would be seriously surprised if Apple isn’t working away at it in one of their many secret laboratories. In any case, this will be a great leap forward both for Skype, Microsoft, and humanity.

Based on my experience trying to use Google translator to help me get through a Spanish class (grammar is not the online translator’s strong suit), I can’t imagine that Skype’s real time translator will be perfect, and doubtless many things will be lost in translation. But provided it is at least as good as Google’s, it will definitely be a useful tool for chipping away at the language barriers that divide the world.