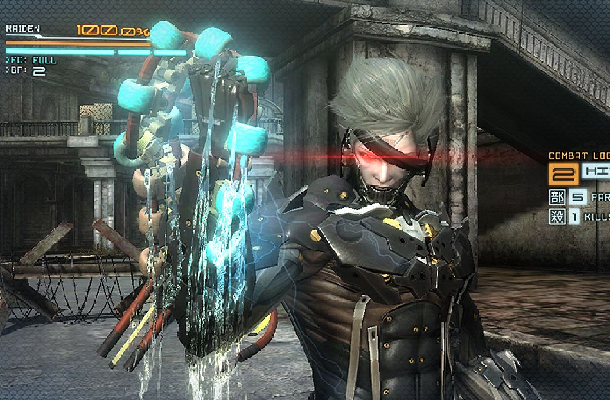 Now that the dust and scrap electronics has settled, let’s have a look at Metal Gear Rising: Revengeance’s best bits. 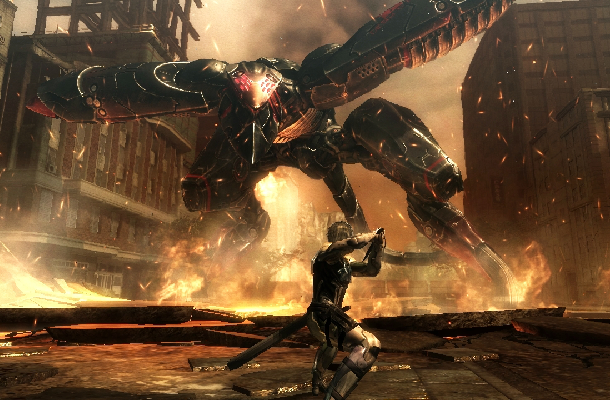 Metal Gear Rising: Revengeance’s first boss fight against Metal Gear RAY is also one of its most thrilling. The giant, amphibious walking tank is one of the most difficult enemies in previous game, Metal Gear Solid 2. So, battling against it with nothing but a samurai sword is initially intimidating.

But after an exhilarating battle which involves jumping across flying missiles, dodging huge lasers and single handedly flinging the robotic hulk through the air, you’re left feeling truly unstoppable.

Raiden in a Sombrero 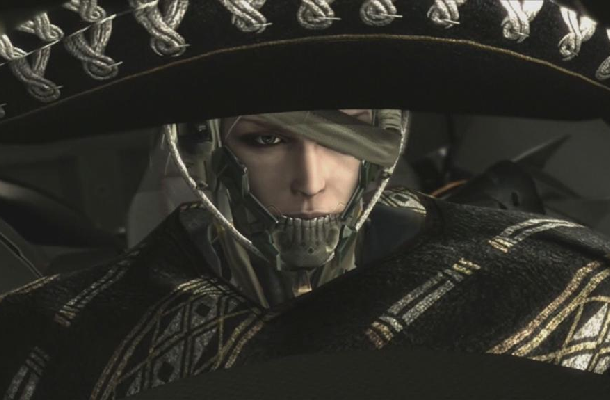 The above image is Raiden’s humorous attempt at blending his fully cybernetic body, in with the locals while carrying out his investigations in Guadalajara, Mexico. Later in the game, Raiden wears a cardboard box with a sombrero on top for double the silliness. 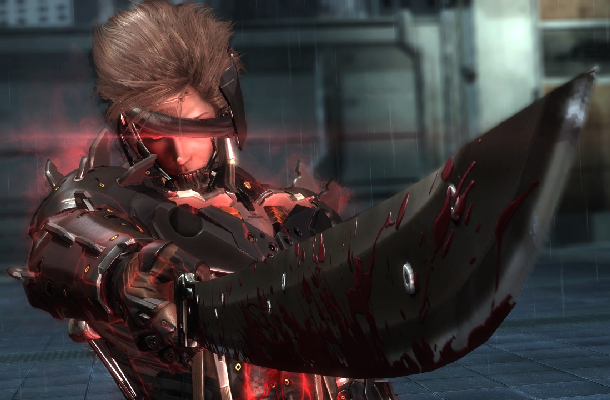 Superficially speaking, Metal Gear Rising: Revengeance is a violent and often humorous action game. Look a bit deeper however; and you’ll find an almost disturbingly dark storyline, one of the best examples being Raiden’s mental breakdown about mid-way through the game.

While desperately trying to justify the murder of the countless enemies he has dispatched, Raiden inexplicably gains the ability to hear the thoughts of those he’s about to kill. After making quick work of his foes, Raiden realizes that he kills not because he has to, but because he wants to; and in doing so temporarily reverts to his mentally disturbed child soldier self, “Jack the Ripper”. It’s a powerful scene and one of the best in the game. 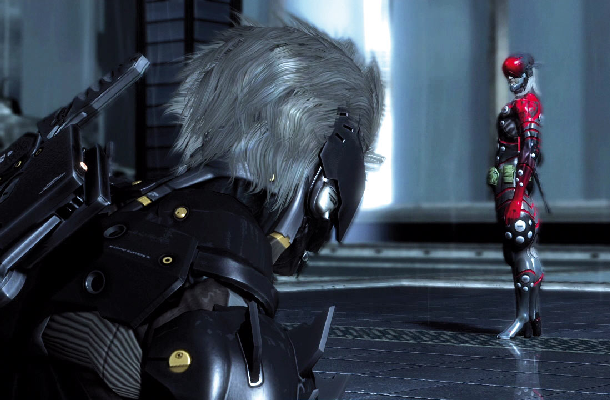 The skies cloud over, the light grows dim, and the rain starts to pour over the concrete slabs of the World Marshal headquarters. This is the setting for one of Metal Gear Rising: Revengeance’s best boss fights against cyborg Monsoon.

Monsoon’s entire body is made up of numerous individual segments joined together by an electrical current. This allows him to stretch, detach his body parts completely, and dodge all incoming attacks. This spooky cyborg crosses paths with Raiden moments after his aforementioned identity crisis, which granted him a new, super-powered “Ripper Mode”. Getting to grips with the new mode while fighting the brutal, shape-shifting Monsoon is disorientating yet exhilarating.

Metal Gear Rising: Revengeance’s epic boss fights are the game’s highlights, but Raiden’s battle against Monsoon is probably the most memorable.

Due to having a highly advanced cyborg body, Raiden doesn’t actually get hurt, however damage done to his body must be constantly repaired in order for him to stay alive. How does he do this? By slicing open his enemies, tearing out their cyborg spines, and absorbing the restorative “nanopaste” found within.

The Zandatsu (Japanese for “cute and take”) is a special move that can be performed on almost every enemy in the game, including bosses, and is always a finishing blow. Precisely cutting open enemies in just the right spot is tricky, but the result is well worth it. There’s nothing as satisfying as watching Raiden crush an enemy’s spine in his hand, completely restoring his health.

It happens a lot but never gets old, making the Zandatsu one of Metal Gear Rising: Revengeance’s best bits.

Have your own Best Bits?

With that said, what are your favorite parts of Metal Gear Rising: Revengeance? We’d love to hear your thoughts, so leave a comment below!