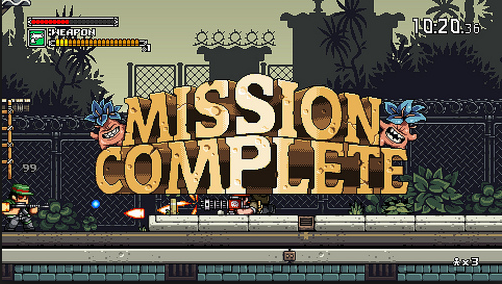 The side scrolling shoot em’ up/run n’ gun game, Mercenary Kings, is for release on April 1 in North America and April 2 in Europe.

The game was developed and published by Tribute Games, the same team that is behind Scott Pilgrim vs. The world: The Game. In this game players fight enemies and rescue hostages, and also get to play alongside three other players online or locally.