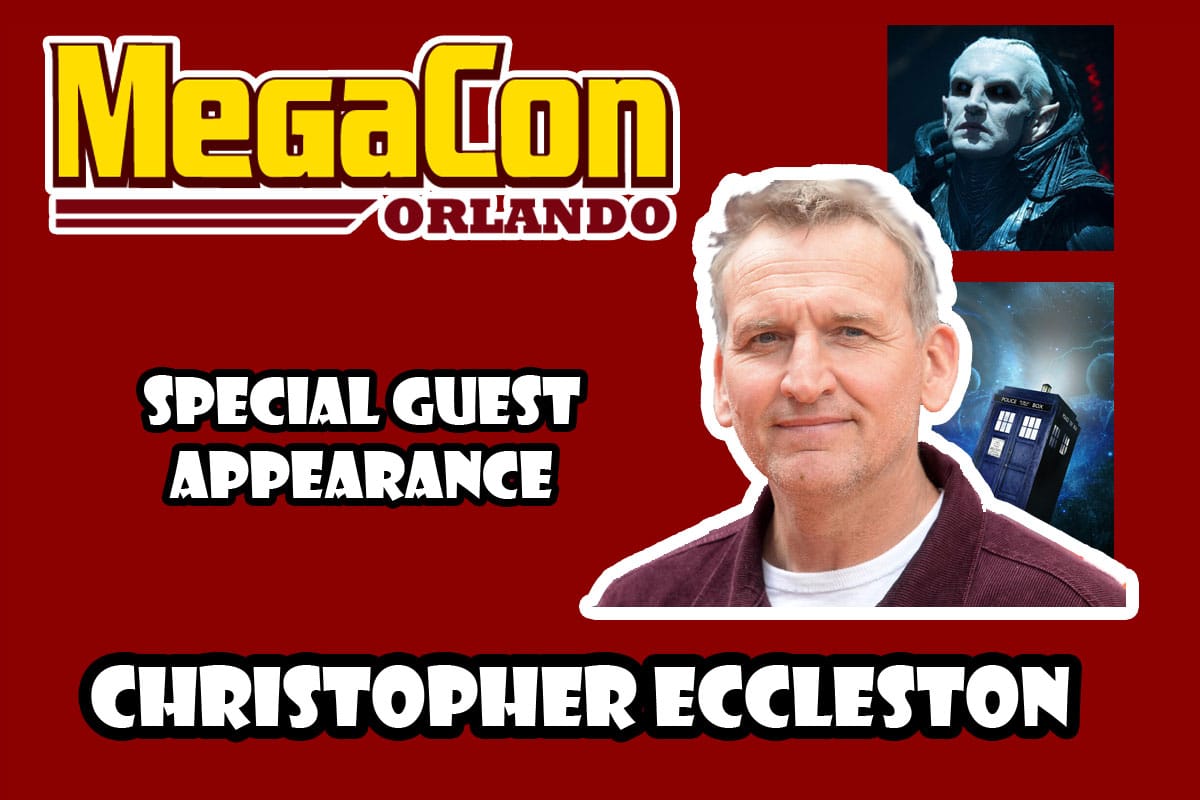 Ready to experience all things “Fandom?”

ORLANDO, FL – June 16, 2021 – Fan conventions have returned! Gear up for an action-packed weekend at MEGACON Orlando 2021. The Southeast’s most sought-after fan convention announced today that Christopher Eccleston, known for his role as the ninth incarnation of The Doctor in the “Dr. Who” series and for his portrayal of Malekith in “Thor: The Dark World,” is joining the weekend’s all-star lineup. Eager fans can look forward to encounters with Eccleston and other exciting soon-to-be-announced celebrity guests, as well as endless programming at the Orange County Convention Center on Thursday, August 12 through Sunday, August 15, 2021.

“We’re thrilled to welcome our fans back to MEGACON Orlando this summer — a playground for fans of comics, sci-fi, gaming and more — for an impressive weekend of programming, celebrity appearances and interactive activities. From cast reunions and celebrity meet-and-greets, to the innovative Artist Alley and exciting cosplay contests, MEGACON Orlando 2021 will be a high-energy weekend for fans of all ages.”

Fans will be able to safely celebrate all things “Fandom” at this year’s event. MEGACON Orlando is taking extra care to ensure guests’ health and safety, and will be announcing precautionary measures in detail 30 days prior to the event. “The Orange County Convention Center is a wonderful partner and host venue and we’re collaborating to ensure a safe experience for all attendees,” Moyes explains.

MEGACON Orlando is the Southeast’s largest comic, sci-fi, horror, anime and gaming convention. Single-day tickets and limited four-day passes are available for purchase at Fan Expo HQ. Before July 28, single-day tickets begin at $20 for adults and $15 for children ages 6-12. For a complete list of programming, guest announcements, and tickets, visit: www.megaconorlando.com.