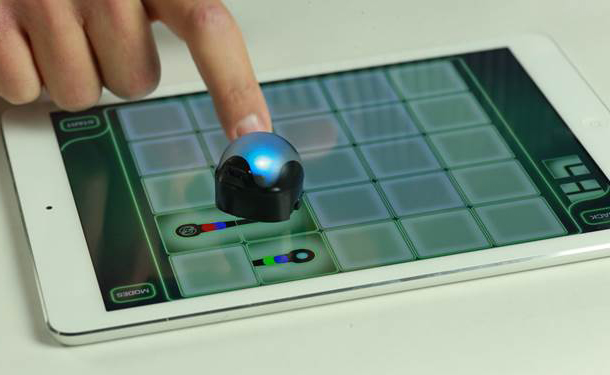 If the broad geek populace were to take an informal poll in an effort to find the most commonly-enjoyed tech-related activity, my number one pick for the winner would be “messing around with a tablet/phone.” There’s a good reason for that. Geek gadgets don’t need to fulfil a formal purpose to engage us; they just need to provide that visceral thrill of toying with complexity, drawing from a rich seam of creative possibilities. Every once in a while, something new emerges to feed our desire for tools that offer customizable experiences. Well, there’s a new prospect in town, one which comes in the form of a miniscule whizzing hemisphere with the potential to keep children and adults alike occupied for unhealthy periods of time. Join me below, and we’ll get acquainted with Ozobots.

The Ozobot is a tiny motorized device with the ability to communicate optically through a sensor on the underside. The idea is that you place it on a phone, tablet, or other such digital display, and have associated apps produce SmartCodes—basically small brightly-colored images—which are picked up and interpreted by the Ozobot. You can instruct it to spin around, flash its LEDs, move in a set path, or even use its sensor to detect and follow a trail. With the addition of an ability to generate random data, it can be used for games of chance, perhaps making for a fun alternative to rock paper scissors for indecisive tech enthusiasts.

Scaled Down and Feature-Packed

Everyone loves robots, but it’s not much fun dealing with bulky and complicated equipment; that’s why this stands out at first glance. We’ve seen plenty of one-note devices around this size, but the Ozobot packs a lot into its tiny frame, far more than I’d realistically have expected going by the products I’ve seen before. It can easily charge over USB, too, so no fiddling around with batteries. It should probably be kept away from cats and dogs so as not to scare them (or be eaten by them, if your pets respond to new things by attempting to digest them), but I expect it’s resilient enough to be knocked about a little, especially since even the steadiest robots have a habit of driving off tables.

I’d definitely recommend going to the website, as well as having a look at this brief demonstration; it’s pretty cool stuff, all things considered, especially taking into account the implications of the underlying mixture of technology. It seems like they’ve done a great job of taking various things, making them as small as possible, and assembling them in a unit with simplicity and convenience in mind. It’s not futuristic technology from space or anything so momentous, but Lego minus imagination is just a collection of jagged plastic bricks. Besides, you can get a preorder in for under $60, and I’ve paid way more than that for items I’ve never even used, so I think it’s a very appealing price point. 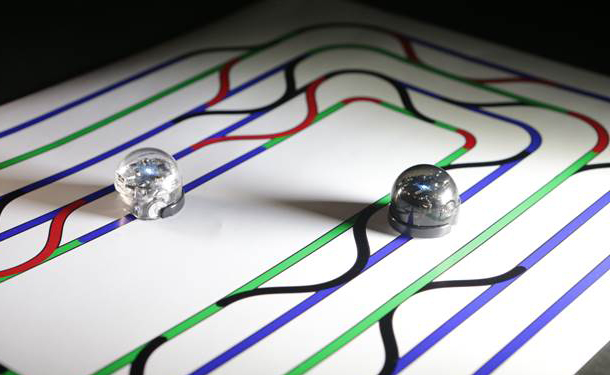 I can see schools being particularly interested in picking up some teensy robots for classroom activities. I’ve heard of numerous schools buying iPads in bulk to help kids, and it wouldn’t exactly be hugely expensive for them to pick up a few Ozobots for each class to introduce concepts and make regular activities a little more interesting. The apps are already there to navigate mazes and create races, and I’m sure they have different things in the pipeline. I’d quite like to see them offer some kind of basic exploration of how robots function at a basic level, as that’s exactly the sort of thing I would have wanted to experience at school when I was but a wee child.

The Future is Full of Robots

Even if the first iteration of the Ozobot doesn’t appeal to you (though I suspect it might!), I think most people would be interested in seeing the future of this sort of thing. Who knows, maybe the next version will have an expanded range of sensors, opening up a substantial range of possibilities. It should be fun to find out! Anyway, check out the Kickstarter page here, read up on it, see what you think, and decide for yourself. Then, if you fancy a pocketable robo-pet, grab a preorder, or get five, make them circle one another while flashing their LEDs, and imagine it’s a disco for cockroaches. That actually sounds kinda adorable, and I don’t even like cockroaches.