Home Entertainment May Movie Preview: From ‘Deadpool’ to the Swimming Pool, Summer Begins with a Bang
Entertainment

May Movie Preview: From ‘Deadpool’ to the Swimming Pool, Summer Begins with a Bang 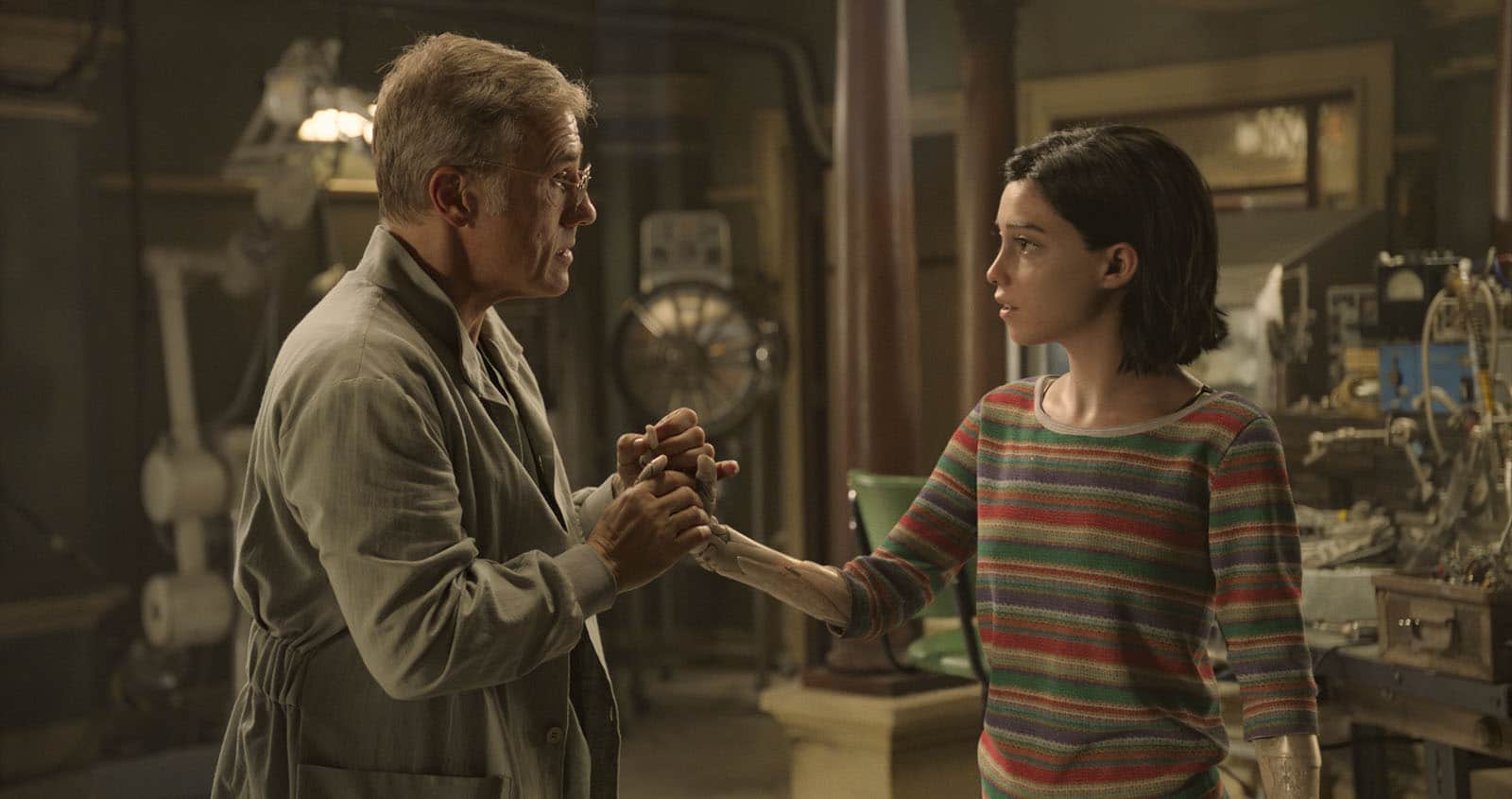 With Marvel moving the release of Avengers: Infinity War up a week to April 27th, the usually stacked May movie list is left a bit bare. Most years, May is the time for huge blockbusters to duke it out for box office dollars. There are still two sure-fire hits coming along, but Thanos started the summer movie season a week early this year. Not that I’m complaining. But the release of movies like Tully just don’t garner quite the same level of excitement. Here’s our May movie preview.

David Tennant provides his latest creepy performance in Bad Samaritan. A pair of valets who use their job to rob customers come across a woman being held prisoner inside the home of Tennant’s wealthy character. What ensues is a cat and mouse game as the man toys with the burglars and attempts to kill them.

Overboard stars Anna Faris as a down on her luck mother who loses her job as a cleaning lady after a wealthy jerk (Eugenio Derbez) destroys her equipment. The rich dude subsequently falls off his yacht and has amnesia. So naturally the way to handle this situation is to lie to the man and claim he is a poor father who works construction. That’s what Faris’ character does, telling him that he’s her husband. But over time could there be a spark between them? Probably. That’s usually how these types of movies go.

Writer Diablo Cody and director Jason Reitman, the team behind Juno and Young Adult, are back with their latest, Tully. Charlize Theron stars as a mother at her wit’s end balancing three kids, including a newborn. She reluctantly brings on a night nanny named Tully to help. From there the two women develop an a-typical friendship. Expect an intimate look at the less glamorous parts of being a parent.

May 11th– Breaking In, Life of the Party

Breaking In isn’t your usual Mother’s Day film. Gabrielle Union stars as a woman who goes back home with her children after her father dies. But things get messy as a group of criminals show up, take the kids hostage, and demand information about something being kept in the house. The woman then goes on a mission to save her kids by taking out the bad guys one by one. Billy Burke co-stars as the main antagonist.

It’s not uncommon for a person beyond normal college age to want to go back to school and get a degree. But it usually doesn’t look the way it does for Melissa McCarthy’s character in Life of the Party. After her husband leaves her, McCarthy’s character enrolls in the same college as her daughter and goes back to have all the experiences she never did. A lot of the college movie clichés are there, but it looks like it will have some laughs in the same vein as McCarthy’s other comedies. She wrote the movie with her husband, Ben Falcone, who also directed it.

Do we need a movie that shows the effect 50 Shades of Grey had on a group of women? I’ll let you decide. But that’s the premise for Book Club starring Diane Keaton, Jane Fonda, Candice Bergen, and Mary Steenburgen. After reading the risqué book in their book club, they decide to change things up in their daily lives.

You better make sure you’re up on all your comic book movie references because they’re all fair game in Deadpool 2. The trailers reference Logan, Avengers: Infinity War, and the DC universe. So expect more of that. Josh Brolin joins the cast as Cable, a time traveler who fans of the comics know has a very personal connection to some of our favorite X-Men. The sequel has Deadpool attempting to stop Cable by putting together a team, X-Force, filled with mutants and people with superpowers. Well, most of them have powers.

May is noticeably devoid of kids movies. Show Dogs is the one entry we get. It’s a talking dog movie. Ludacris provides the voice of Max, a police dog who must go undercover at a dog show to stop an animal smuggling ring. Frankly that premise is way too dark for how low brow the humor is. But go have fun kids. 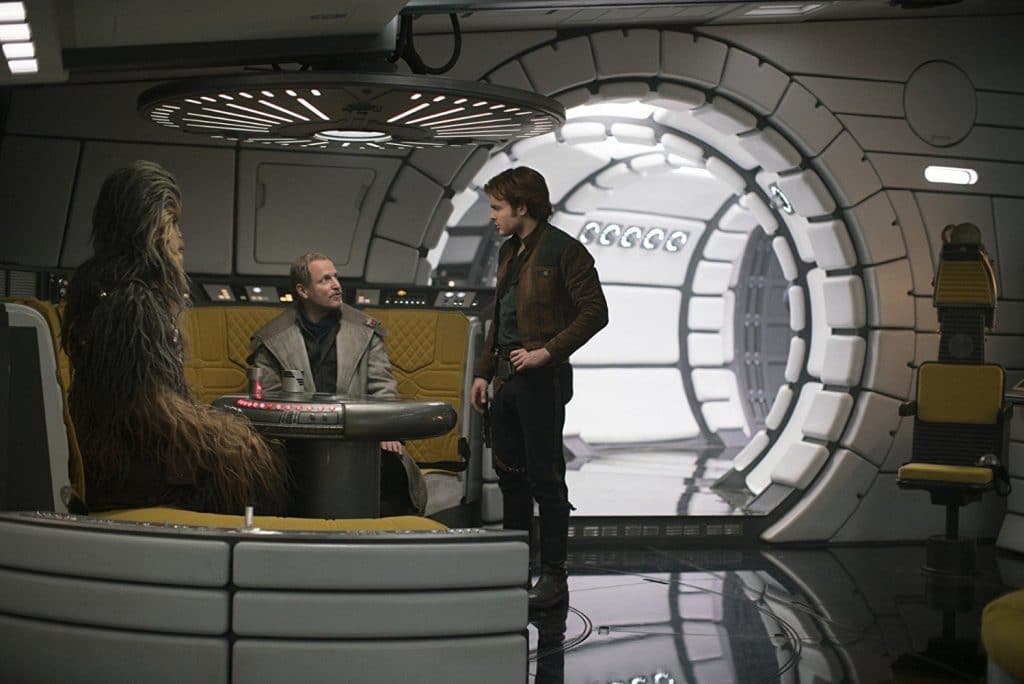 It’s the Han Solo you know and love, but younger. The same goes for Chewbacca and Lando Calrissian. Beyond that, we have a bunch of new characters for the scruffy looking nerf-herder to interact with in Solo: A Star Wars Story. It was big news when Ron Howard was brought in to replace Phil Lord and Chris Miller in the director’s chair. But now we actually get to see the movie that looks into some of the previously referenced but never seen moments in Han’s life. Alden Ehrenreich stars with Woody Harrelson, Emilia Clarke, and Donald Glover in support.

If you’re like me and looking forward to the blockbusters, take another week or two and rewatch Infinity War. As for the May movies, I love Star Wars. But frankly I’ve grown accustomed to them being released in December like the last three were. Either way, Solo is still my pick for the month. Next is Deadpool, which looks like it has the potential to match the first one or maybe be even better.

The (Other) iTunes $0.99 Movie of the Week: ‘The Assassination of Jesse James by the Coward Robert Ford’