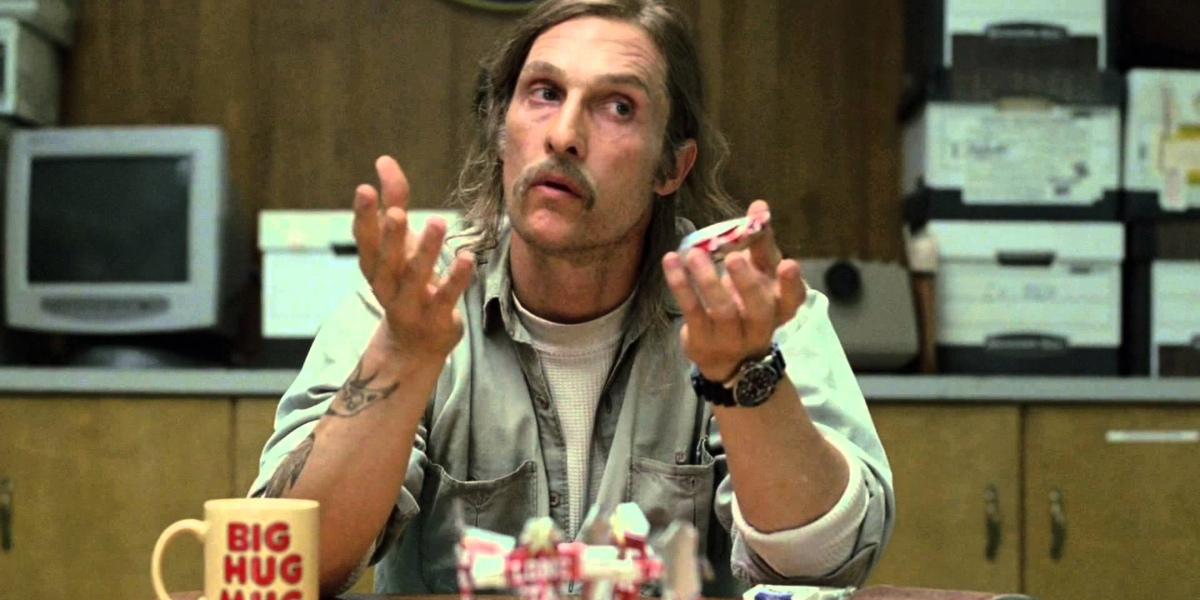 Fans of the HBO crime show True Detective will be pleased to find out that Matthew McConaughey might return for the show’s third season. As most viewers of the show know, the Interstellar star was the leading man in season one of the drama as Detective Rust Cohle but was replaced as the lead in season two by Colin Farrell’s character, Detective Ray Velcoro. Since then, McConaughey has discussed his feelings on missing playing the beloved character and even said he would love to continue playing Detective Cohle:

The second season of True Detective wasn’t nearly as popular as its preceding one, but with the possibility of its former main character taking the reins once more, the show may stand a good chance of climbing up in ratings once more.