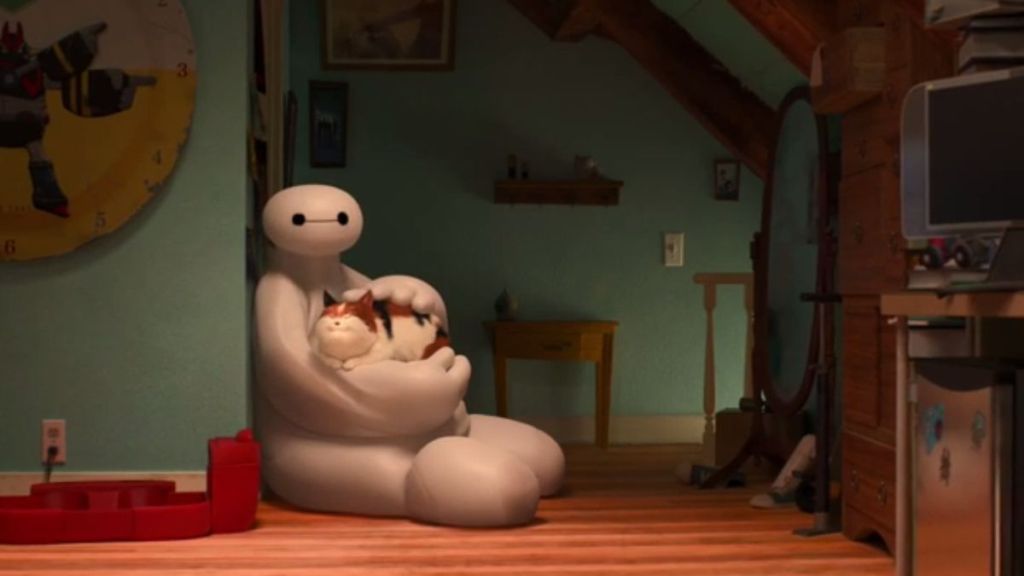 Since the end of the summer movie season we’ve been treated to more snippets and sneak peeks of Disney’s Big Hero 6. It’s a fresh campaign spearheaded by Disney, and what is unusual in this case is though the Big Hero 6 is considered a Marvel property the name does not accompany it. Sure, there’s a quick reference to the mega studios during the premiere trailer but in all other marketing aspects we see Disney as the main promoter. With recent reports, it appears that this is the first time Marvel has let go of the reigns and allowed Disney creative control. Edgar Wright is somewhere kicking dirt.

During an interview with CBR, Marvel Editor in Chief Axel Alonso gave a little insight to why the company will not feature any comic book tie-ins. He said, “The characters and stories that have appeared in our comics are very different from what they are in the film. Releasing material that would be viewed as movie tie-in product would be a disservice to filmgoers.” Big Hero 6, originally created by Steven T. Seagle and Duncan Rouleau in 1998 under the title “Sunfire and Big Hero 6”, featured the classic X-Men character Sunfire in a Japanese government sanctioned team. So far Sunfire and Silver Samurai, both apart of Fox’s X-Men franchise property, are the only ones from the original line-up that won’t appear as Hiro, Baymax, Go Go Tomago, Wasabi, Fredzilla, and Honey Lemon will be included. Though the team was reintroduced in 2006 following the Initiative, Tony Stark’s plan to incorporate superheroes as government sanctioned response teams, the latest installment will also not be reflected in the Disney property.

However, much of the original characters are have undergone drastic changes as Big Hero 6 markets heavily towards the youth. Alonso further added, “We wanted the Disney folks to be able to create their own unique style and story, unencumbered by those older stories.” Baymax, the poofy balloon robot from the trailers, is probably one of the biggest changes as he no longer resembles the original dragon like creature. The transition of creative power reflects Marvel’s confidence it has in Disney as we move towards Oscar season, an area that Disney is well familiar with as it holds many awards (especially in the animation department).

On The Right Track

The seclusion from Marvel tie-ins doesn’t necessarily mean that Disney will be withholding from the pages. With Disney wisely leading the hot property, plans are already in motion to incorporate Big Hero 6 into a manga by Haruki Ueno along with an art book showcasing the film’s designs and a collection of children’s books from Little Golden Books.

Though in recent memory Marvel has shown to keep a tight grasp on its properties, allowing the House of Mouse to handle Big Hero 6 on their echelon is a wise move. As it sits Marvel has over a decade of strategic planning concerning their current and future franchises. From writers, directors, and finding that right lead actor, Marvel is occupied on the live action spectrum. Disney is a continuous frontrunner in animation with dozens of classics and given the massive success from Wreck It Ralph and Frozen, both non-Pixar properties, Disney is doing outstanding alone from their partnerships with Marvel and Pixar. Now if we can get all three studios to collaborate on one spectacular project (I’ll quietly say Kingdom Hearts), then prepare to have your mind blown.