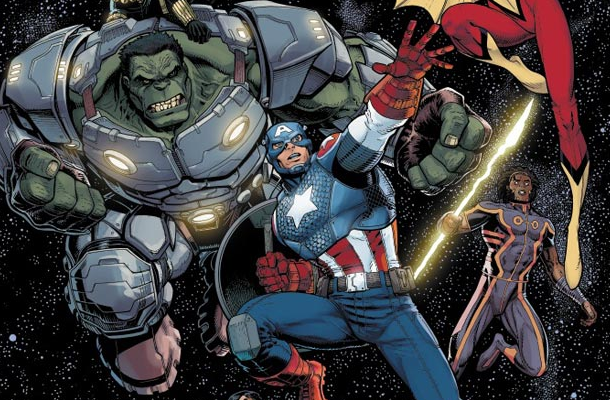 After months of waiting, Marvel’s big comic book event of the summer, Infinity, is almost here. In less than one month the first of a six-part story arc will launch, giving us what Marvel hopes to be the grandest Avengers story yet. In an attempt to build up the hype, Marvel has released a gripping new Infinity trailer revealing the story arc’s plot and hinting at the return of the most powerful Marvel Universe weapon of all time. Read on, space faring comic book fans as Geek Insider takes an in depth look at Marvel’s Infinity!

Infinity: The End of the Marvel NOW! Event?

The above trailer is full to the brim with hints and nuggets of information that will make any comic book fan go wild with excitement. But the speculation begins, let’s break down the trailer into its simplest parts.

The basic premise of Infinity, according to the trailer, is that the Builders threaten to destroy the entire Earth which in turn requires the Avengers to travel into space to stop them. But a now unprotected Earth becomes the target for the classic Avengers villain Thanos and his newly formed “Black Order”. Will the Avengers succeed in their fight against the Builders? Even if they do, will Thanos leave them an Earth to return to? These are the two main questions that will hopefully be tackled once Infinty launches next month. But just in case your head is still spinning, here’s a little background information

Those who have been keeping up with the many Geek Insider reviews of the Avengers comic book series will know that follow the “Marvel NOW!” event, Marvel has been gearing each and every series in that event towards something even bigger. Marvel NOW! represents a new era in the Marvel Universe in which Earth is populated with more super heroes and mutants than ever before, resulting in Captain America greatly expanding his Avengers team to include as many noble heroes as possible. Get up to speed with Marvel NOW! and the Avengers vs. X-Men war in our article “On The Uncanny Avengers ‘M’ Word Debate”.

Under the Marvel NOW! banner, the Avengers series saw the titular heroes travel to Mars to stop an alien being intent on rebuilding planet Earth from the ground up. This being, Ex Nihilo, was given the power to accelerate the evolution of any organism by an ancient race of aliens known as the Builders. These Builders have guided the evolution of the entire universe and all living creatures within in since the dawn of time. Unfortunately for the Avengers, Ex Nihilo managed to fire several of his Origin Bombs at Earth before finally being stopped by Captain Universe. As the Avengers series has progressed, each of these “Origin Sites” has seen the birth of several newly evolved humans species which have simultaneously been attempting to send a signal to the all powerful Builders – a signal that was received in Avengers #15. 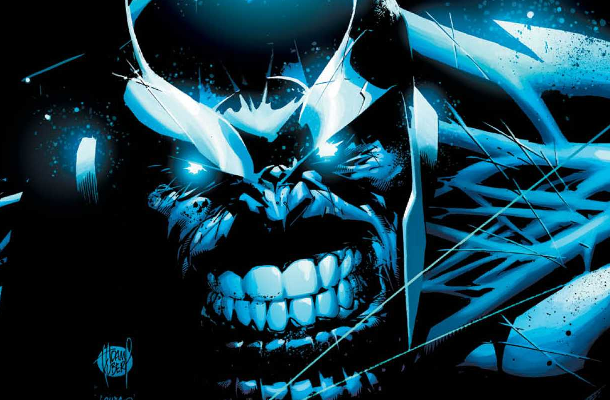 Infinity: The Return of Thanos and the Infinity Gauntlet

Thanos appearing as a villain in Infintiy was originally revealed in Marvel’s Free Comic Book Day 2013 issue Infinity. Although the events of Infinity were shrouded in mystery, it basically informed us, the reader, that Thanos is alive and operation his plans of universal domination from a far off and unknown location in space. Thanos also has a large following in his Black Order and also has access to genetically engineered assassin warriors known as “Outriders”. The Infinity comic book itself tells the tale of Thanos’ agent Corvus Glave as he demands that the inhabitants of the planet Ahl-Agullo accept Thanos as their ruler by paying the most soul destroying of tributes – the heads of their children.

It is in the Infinity issue that it is revealed that the tributes from Thanos’ conquered worlds are needed for the mysterious “Gauntlet of Tribute”. The ears of many long-time Marvel readers will have immediately perked at the mere utterance of the word “Gauntlet” in the presence of Thanos due to his foiled attempt to kill every single being in the entire universe using his immensely powerful Infinity Gauntlet. This naturally led many readers to speculate that the Infinity event will see the return of the forbidden weapon.

This line of speculation becomes even more interesting when reading the following line from Marvel’s official description of the Infinity trailer:

The greatest threat to the Mad Titan’s work—and perhaps the universe’s greatest hope—is something he created leaving no world safe.

Black Bolt is a Marvel Universe mainstay who is known for his super powered voice and for being the leader of intergalactic super hero squad the Inhumans. Despite his great power and leadership skills, Black Bolt is both hated and feared by many living on the Inhumans world. Even so, according to Marvel’s tease, he must lead his people to fight against Thanos’ tyrannical campaign across the universe. 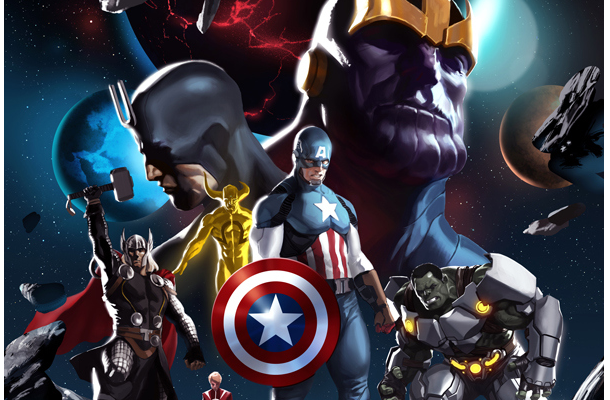 Infinity Will Include Spider-Man, The Avengers, The Thunderbolts and More

If the speculation regarding the Infinity Gauntlet proves accurate, then the Marvel Infinity event will be a must-read collection of comic books for the summer holidays, But here comes the reality check: most comic book “events” turn out to be underwhelming and often get retroactively dismissed by publishers at a later date anyway. Remember at the end of the Marvel Civil War when Captain American was jailed and later assassinated, when Iron Man was the head of S.H.I.E.L.D. and when the entire world knew Spider-Man’s secret identity? No, and neither do they.

The six Infinity issues will debut in August and will be accompanied by two four-issue miniseries titled Infinity: The Heist and Infinity: The Hunt. Marvel have confirmed that the Infinity event will tie-in with the following series:

Be sure to stick with Geek Insider as we continue to guide you through the Marvel Infinity event with reviews of Avengers and much, much more!