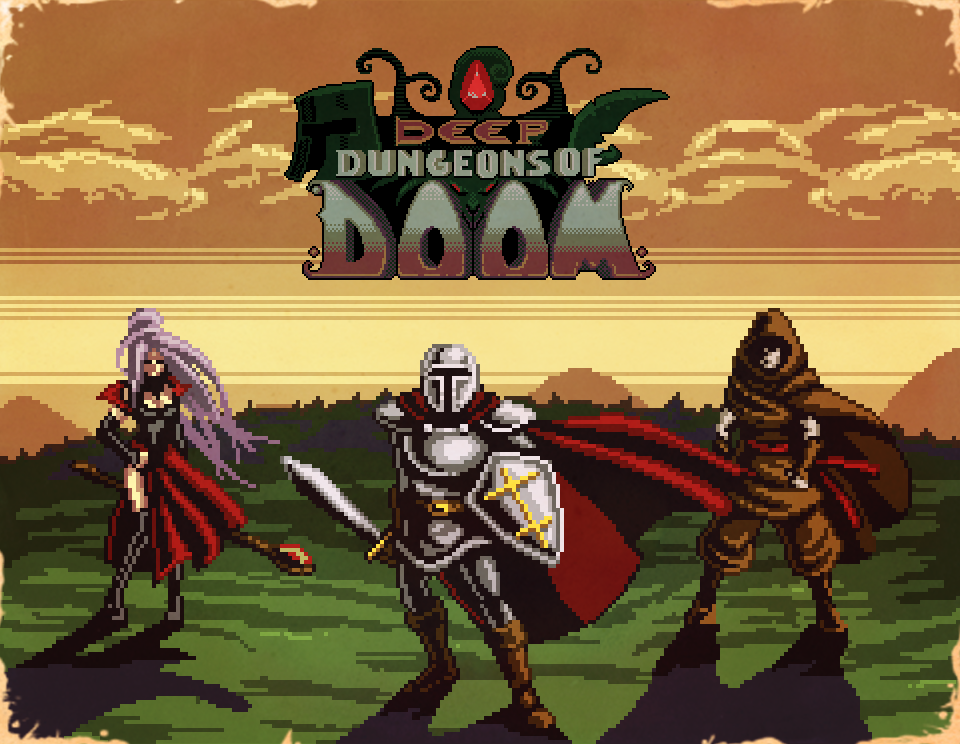 If you’ve ever played a classic dungeon delving Dungeons & Dragons adventure, then you know what it feels like to play Deep Dungeons of Doom. Just distill that feeling down, pepper it with 8-bit graphics, and you’ve got yourself one heck of an OUYA game.

The Shallow Dungeons of Doom got cleared out pretty quick.

Evil has spread across the land, and in typical role playing game style, you must take your team of heroes and stop the darkness. Deep Dungeons of Doom is a simple game, but in it’s simplicity it finds elegance. You being your game on a map that displays a single dungeon. Beat the first dungeon and other dungeons will become unlocked. It’s through this spider web like unlocking system, that you can make your way across the fantasy world, slaying monsters and snatching loot.

Deep Dungeons of Doom is a purely combat based game. You go into each level, slay a bunch of monsters, and complete the dungeon. This could very well have ended up boring, and monotonous, but Miniboss Games was smart enough to realize that. Theycreated an engaging and strategic combat system that keeps you engaged, but not overwhelmed.. You have a block button, an attack button, and an item use button, and yes, they do exactly what it sounds like they do.

Each monster has a unique set of attacks and patterns through which they try to kill your hero. The combat is real time, so you always have to keep you head about you when battling. Memorization of the monsters’ attack patterns is key, and harkens back to the olden days of video games. Even more interesting is that each monster type doesn’t automatically use the same attack pattern. You may fight two orcs back to back, who have completely different patterns. It may sound simple, but with only a few errors, you could easily find your hero turned into a pulpy mush on the dungeon floor. 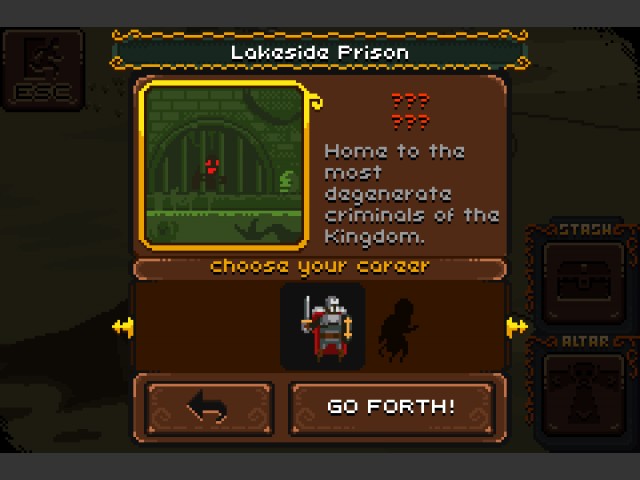 The shadow behind bars looks suspiciously like the outline of the rogue in your party,,,

Each dungeon is set up in a tower format. On each floor you fight a monster, upon defeating the monster you gain gold, loot, a chance to level up, and the ability to move to the next floor. Rinse and repeat this formula until you reach the boss of the tower and clear the dungeon. There is a chance that you’ll find something other than a typical fight on a new floor. Perhaps there is a goblin fleeing with treasure, or sometimes altars that grant you special bonuses. These small diversion help to keep it from being exactly the same floor after floor. The replayability of each dungeon is further increased by the, “???” secrets hidden in each level. Whether it’s a fast clear time, or having a certain item when you meet an NPC in the dungeon, the secrets each level holds keeps you wanting to figure them out.

When dungeon delving you’ll collect all sorts of items, armor, and weapons to help you complete your quest. You can only ever have one item and one weapon or armor on your character at a time. That means sometimes you have to make the hard decision on what to leave behind in the dungeon. Equipment can heal you, increase your stats, and sometimes cost you health or magic. There is a huge number of item you can run into in the game, and deciding which one to keep in important to succeeding. Anything you make it out of the dungeon with can be stored to be used again later.Aside from loot, you’ll also gain levels as you go through the different levels of the dungeon. You can increase your characters health, attack, defense, or magic, but any increases are only functional for as long as you’re in the dungeon. The choice of what weapons and items to use, and how to level your character up in each dungeon, work to put another layer of strategy into the game. 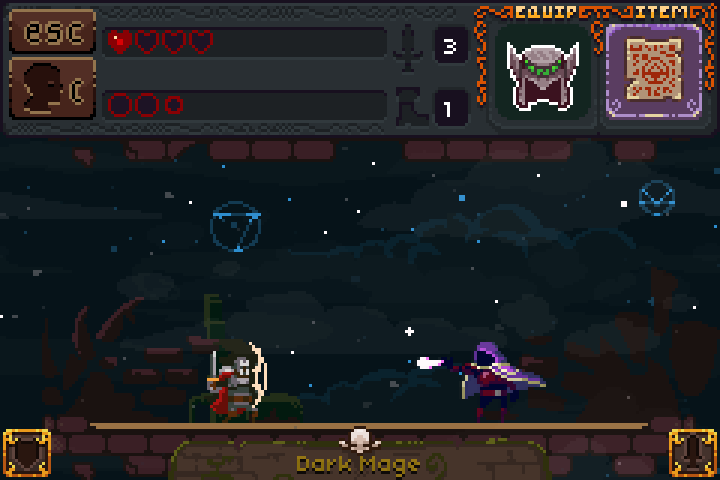 Totally on PC too

If you’re sad that leveling up doesn’t carry over from dungeon to dungeons, then worry not. Instead of levels, the heroes can spend their hard earned gold to unlock upgrades for each hero. There are many tiers of upgrades, all of which (except the first) are locked off until you reach certain points in the game. There are several upgrades in each tier, but the hero may only have one upgrade per tier in effect during any dungeon. These upgrades serve to further differentiate the three classes from one another. They can range from healing every floor, to gaining for attack but losing life, and getting resistant to certain type of damage.

Deep Dungeons of Doom can certainly be difficult, but is never unfair. Whenever you die in the game, you die with a sense that you as a player failed to do your best. You never get the feeling like you’re being ripped off. When things seem too tough, it’s okay to go back for more loot and gold. That seems to be a rare commodity these days in games, but Deep Dungeons of Doom nails it. You’re most likely going to die quite a bit, but you’re not going to hate the game for it.

The style of the game is a throwback to the era of 8-bit, and fits the retro Dungeons &Dragons feel that the game carries. The colors a bright, and the animations for the sprites look awesome. It look like care was taken with each creature, to make them all look truly fantastic.

With a stylish look, incredible replayability, and overall tight design, Deep Dungeons of Doom is not to be missed. You can play the first chunk of the game for free on the OUYA, but I guarantee you will end up buying the game is you start playing it.