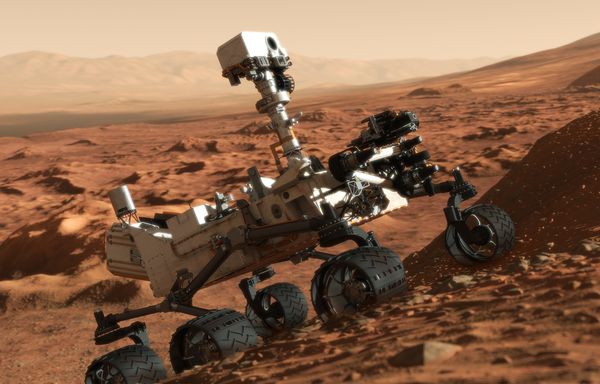 NASA’s Mars Curiosity rover had just begun exploring and analyzing rocks on the surface of the planet when it began experiencing some problems with a computer glitch caused by corrupted files. The rover has been switched to a back-up computer, which is now being reconfigured, so that it can take over.

Even though the scenario may sound like something out of a science fiction flick, its real alright. The Mars Curiosity Rover is now running by way of a back-up computer while NASA scientists scramble to identify possible causes for the rovers internal memory being damaged.

The problem with the files means that the rover won’t be sending back pictures of rocks for a while. At least, not until the back-up computer can be reconfigured to take over as the main operator. The rover has been running on backup since Thursday of last week and Richard Cook, project manager, had this to say about the reconfiguration process:

We’re still early on in the process. We have probably several days, maybe a week of activities to get everything back and reconfigured.

Experts are speculating that the damage to the rover was likely caused by stray cosmic rays or excessive radiation. Cook also said, while being interviewed by Space.com:

The hardware that we fly is radiation-tolerant, but there is a limit to how hardened it can be. You can still get high-energy particles that can cause the memory to be corrupted. It certainly is a possibility and that’s what we’re looking into.

Even so, the timing couldn’t have been worse for NASA. The Mars Curiosity has just begun analyzing rock samples from the planets surface when the problem occurred, making the long awaited samples take even longer to be retrieved.

The Mars Curiosity, which just so happens to have its own twitter feed, tweeted on Friday:

Don’t flip out: I just flipped over to my B-side computer while the team looks into an A-side memory issue go.nasa.gov/ZN8xsx

It is interesting to note that the Mars Curiosity was initially launched with only the software needed to land on Mars. Once it landed, the remaining software had to be uploaded and installed remotely to the rover. 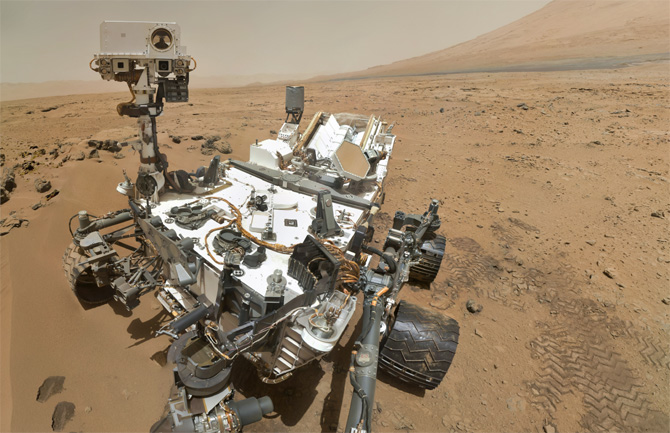 With all this talk of Mars and rock collection, what is really on the horizon for space travel as it applies to humans? As it turns out, a private foundation is working tirelessly to send a couple of non-NASA astronauts, reportedly a married couple, on a mission to Mars in January 2018.

Currently the not-for-profit Inspiration Mars Foundation is engaged in developing life support systems that would be needed to keep the two astronauts alive for the year-and-a-half long mission. The projected flight path would bring the passengers within 150 miles of Mars’ surface before redirecting and putting them back on course for Earth.

So far, a vehicle for such a trip has not been selected yet, but it has been reported that the Space Exploration Technologies Falcon Heavy booster is a candidate for the job and is set to debut this year. Also being considered is a modified Dragon capsule.

The owner of the Inspiration Mars Foundation and the first person to pay for a trip to the International Space Station, Dennis Tito, says he is willing to pay “whatever it takes” to get the project off the ground. As a multimillionaire with an affinity for science, I am betting that Tito will do just that. Although he and his partner refused to disclose how much the endeavor is  going to cost, they did say that they think most of the cost will be covered by philanthropic donations.

Mars has, and continues to be, one of the larger long-term goals for the NASA and privately funded space communities. Only time will tell whether or not it is possible for humans to visit the red planet, but until then, the Mars Curiosity Rover will be sending back incredible samples and beautiful images that will keep humanity on the  edge of their seats until that day comes. Here’s hoping the Mars Curiosity’s mission is back underway very soon. Hang in there, little buddy!