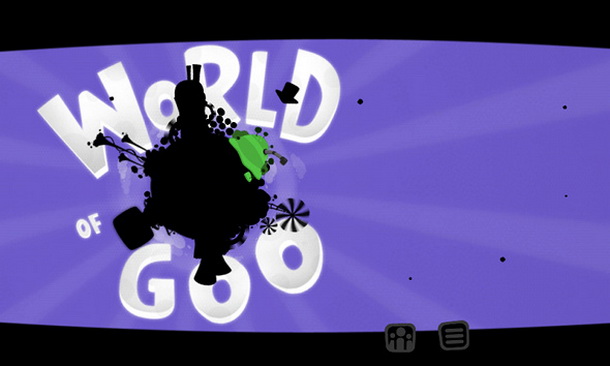 Remember playing with those sticky, gummy and messy goo balls as a child? A new way to extract fun out of these balls is the World of Goo. Originally launched as a PC game in 2008, it now entertains gamers from all age brackets on popular mobile platforms including Android. Winner of many prestigious awards, the game keeps on getting better (and challenging) with each subsequent chapter and level.

Solve the Physics Puzzles in World of Goo

World of Goo is classified as a physics puzzle game that can keep you amused and involved for hours on end. At each level, you will obtain a particular number of ‘goo balls’ attached to one another. The goal is to build structures, which may include bridges, buildings, towers and more, to reach a drainpipe. Now, the challenge is to build these structures using a specific number of balls that will help you get to the next level.

The unused balls are sucked through the drainpipe and transferred to what is called the ‘World of Goo Corporation’ building. To construct a structure, you need to tap on a ball, drag it out and hold it. Two bright lines between the ball, with two other interconnected balls appearing; and you can create the connections by leaving the ball you are holding. Progress in the same way to extend the structure, but try to use a minimum number of balls.

The fun continues with different types of goo balls (having different capabilities) appearing in different levels. An extremely interesting fact about the game is that it presents different themes with superlative graphics, and an engaging soundtrack at each level. It gets more difficult when you need to act against physics and build structures. Addiction builds through the first few simple levels, but you really need to drain your brain to build structures using a specified number of balls at the later ones.

Another exciting part is that you can create a profile if you wish to compete with other players. The game offers useful tutorials and guidance through what it calls, a ‘Sign Painter’. At the completion of each level, the screen shows statistics like ‘number of moves’, ‘goo balls collected’ and ‘time consumed’.

World of Goo is liked by children and adults as well. The game costs $4.99, however, believe me, your investment will be absolutely worth it. If you are not sure about the entertainment value of World of Goo, you can install a demo of the game on your Android device and try that out first.