It’s a weird world and it keeps getting weirder with the things people are willing to do in the name of convenience and the future. Some of us are still in awe over the fact that we don’t have to use a conventional key to start our cars. The idea of a smart lock in electric cars is still a novelty to so many of us that, let’s be honest, we still enjoy it. We don’t even think about the need for an RFID key chip implant.

But some people want to step things up a notch.

Ben Workman from Utah has decided to take things a bit further with his Tesla. The tech aficionado got the chip from his key card implanted on the back of his hand. Now, every time he needs to start and drive his Tesla Model 3, all he needs to do is press his hand on the car door panel. Also, remember that the Tesla Model 3 was designed as an electric four door sedan with self driving hardware, a dual motor AWD, and simple but fast charging. So, we can say that he’s just trying to go with the flow. 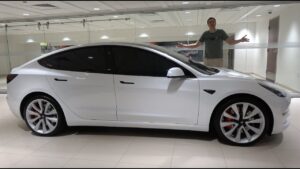 The Difficulty in Implanting The RFID Key Chip

Workman talked about how hard it was for him to find someone who would be willing to do the procedure. Of course, it really isn’t as simple as getting a tattoo. He started his search by talking to doctors, then progressed to vets, all of whom turned him away. After some convincing, he finally got a piercing studio to perform the procedure.

The most peculiar thing is that this is not the first time Ben got something embedded in his hand. He already has a couple of implants including a magnet, which he says he uses to wow people at parties by doing different tricks. He got the previous implants done by a family member, but, thankfully, they weren’t as complicated as the Tesla RFID key chip. 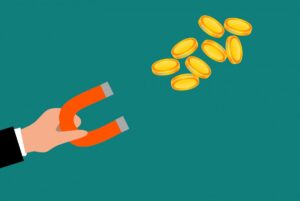 Amie D.D. was the first person ever to implant a Tesla key into her body. She posted a video about the whole process earlier and it that went viral just a few months ago. Ben unknowingly followed in her footsteps and followed a similar procedure. Now, both of them hold their hand up to unlock their Tesla’s using the simple and convenient RFID chip.

Workman takes experimentation with hi-tech to better every day life very seriously. He has also talked about the next step, which is to find a way to pay for things with his hand in order to eliminate the use of cards or phones.

Although Workman probably got the implant to minimize the hassle of using a card, wouldn’t he be better off simply using a card which he scans to unlock? The only thing that is convenient about the car key is that Workman is less likely going to lose it.

The art of micro-chipping people is already a thing. The technology used is called near field communication. The only thing is that this practice may be putting privacy at risk as it has the potential for government or corporate exploitation of medical and personal information. 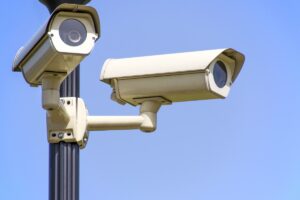 Would you sacrifice your privacy and potentially autonomy for extreme convenience? Convenience seems very appealing but at what cost? It’s a very slippery slope, as you outsource more of your life in exchange for convenience, the more that you likely have less control over, never to be reclaimed again. It seems like things are getting a little more spooky. The RFID key chip does provide convenience but what element of the self does it take away?