Another one bites the dust. Lack of work and the rise of CGI forces seven-time Oscar winner Rick Baker into early retirement. Thanks for nothing CGI. 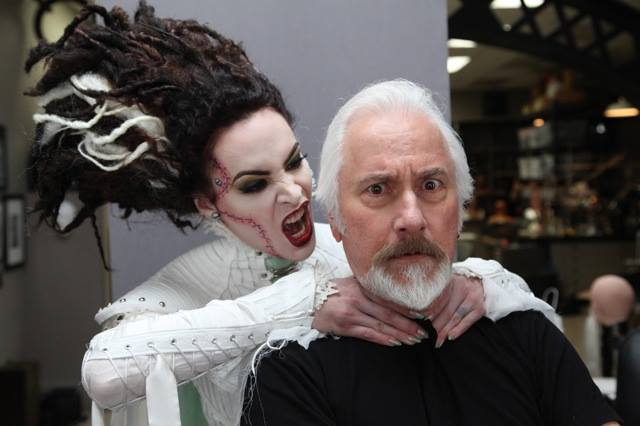 Over the last several years (and in spite of winning his seventh Academy Award in 2011 for The Wolfman), his work has been less frequent and even less satisfying for Baker as he noted in a recent interview:

“I could’ve done [Maleficent] in a garage basically. I am 64 years old, and the business is crazy right now. I like to do things right, and they wanted cheap and fast. That is not what I want to do, so I just decided it is basically time to get out.”

It’s a sad state of affairs, but you have to respect a man with standards. It’s the work that matters after all and Rick Baker’s body of work more than speaks for itself…it screams.

A devotee of the Universal Studios Monster Era, Rick Baker came of age in the 60’s, watching and re-watching the likes of Dracula (1931), Frankenstein (1931), and The Wolf Man (1941) through Saturday matinees and late-night television. To say the films had an effect on Baker would be an understatement. An outsider by nature, Rick Baker became consumed with the idea that the special effects/makeup he’d seen in these films were the only way to bring the bizarre ideas in his head to reality. By his teens, Baker was building artificial body parts in his mother’s kitchen. By 1971 (just 21 years old), Rick Baker was working professionally. His first gig came as assistant to prosthetic effects veteran (and Baker’s mentor) Dick Smith. The film was none other than The Exorcist (1973).

Earning a cool $1000 for his work, Rick Baker was on his way. After spending several years toiling away in the world of B-horror films and television, Baker caught his first big break helping to sculpt the gorilla suit for King Kong (1976). He took the job one step further and stepped inside the Kong suit, playing the role himself in the film. The following year, Rick Baker was painting on a much larger canvas as Second-Unit Makeup Artist on Star Wars (1977). You saw much of his work in the famed Cantina scene (insert obligatory “Han shot first!” tag here).

Years of steadily increased work followed with stints on Altered States (1980), The Incredible Shrinking Woman (1981), and werewolf epic The Howling (1981). Surprisingly, it was a second werewolf movie in 1981 that raised Rick Baker to the level of make-up rock star. An American Werewolf in London (1981) was the film Baker had been waiting his whole life to make, or at least his 20’s. Director John Landis had first approached Baker about his werewolf-comedy in 1973. After eight years in development-hell, Landis finally secured funding and brought Baker back into the fold. The duo did not disappoint. Inspired by Lon Chaney’s transformation scene in the 1941 Universal film, Baker spent months developing special animatronic techniques for his werewolf. The ground-breaking result was nothing short of magic.

1981 marked the first year of The Academy Award for Best Makeup Effects. I’ll give you one guess who walked away with that inaugural award.

With an Oscar in hand, Rick Baker’s rock star status went into overdrive in 1983 when a young Michael Jackson (blown away by American Werewolf) hired him to do the special effects for his epic music video – Thriller.

Following the successes of American Werewolf and Michael Jackson: Thriller, Rick Baker became the go-to guy for big-budget make-up films. Baker even set up his own effects house, Cinovation Studios. He spent the next 30 years operating out of a 60,000 sq ft facility (Cinovation’s offices) creating some of the most compelling creatures and effects in the history of cinema. Bigfoots, apes, aliens, fat Eddie Murphys, black-faced Robert Downey Jrs, exquisite corpses, and even Grinches were Rick Baker’s life’s pursuit. Twelve Oscar nominations and seven total wins (both records) tell the tale of a storied career. Rick Baker wowed the world with the sheer breadth of his imagination and his staggering ability to bring his enchanting dreams to life. Now he’s been forced to auction off the pieces of those dreams to the highest bidder.

As quickly as Baker rose to the top of his form in the 70’s and 80’s, his form has become obsolete in the new millennium. Computer Generated Imagery hit like a freak storm and blew down the house that Rick Baker built. That’s the real tragedy of this story. Don’t get me wrong, it’s not that I dislike CGI. It can be a captivating art form in and of itself. I’m just extremely weary of it. For every Avatar out there, there’s a Star Wars: The Phantom Menace. For every Gollum, a Jar-Jar Binks.

Just watching these CGI-driven films can be a daunting task. Digital characters featuring in-human motion and freakishly lifeless eyes can take you out of a story before you’ve ever had a chance to engage it. There’s a very simple reason Rick Baker was able to work such a long time in this business. The human touch. Using practical effects, there is warmth, energy, and even life in the work he’s done. The very act of making, handling, and applying make-up gives even the most decayed zombie-corpse a level of humanity most CGI characters will never achieve.

The Last of the Dreamers

It feels like more than just a brilliant career we are losing here. It may just be the death of creativity itself.

After I heard Baker’s announcement, I re-watched Harry and the Hendersons (1987) because, well, it’s one of the first films I remember crying at as a kid. Led by Rick Baker’s Oscar winning creature effects, the film still packs an emotional wallop. There is life in Harry’s eyes. His skin wrinkles. His hair sways in the breeze. When he exhales, you can practically smell his breath. And when the beast smiles, he becomes human and touches your heart in beautifully unexpected ways. Those emotions do not exist without Rick Baker. To replace that hairy, lovable goofball with a dead-eyed, digital creature would take the piss right out of that film and others too many to mention.

The thing that I find so fulfilling about my job is I like the fact that you start with something that’s just an idea in your head. You read the script and right away you visualize something and you see that thing that at one point was just an idea in your head looking real and alive. It’s exciting and is a little bit like being Dr. Frankenstein. I want to scream “It’s alive!”

Ugh…nothing left to do, I suppose, but raise a glass to the legend himself. We salute you, Rick Baker. Thank you for sharing  your talents and your imagination with us for all these years. And, most of all, thank you for showing us what true magic can be. 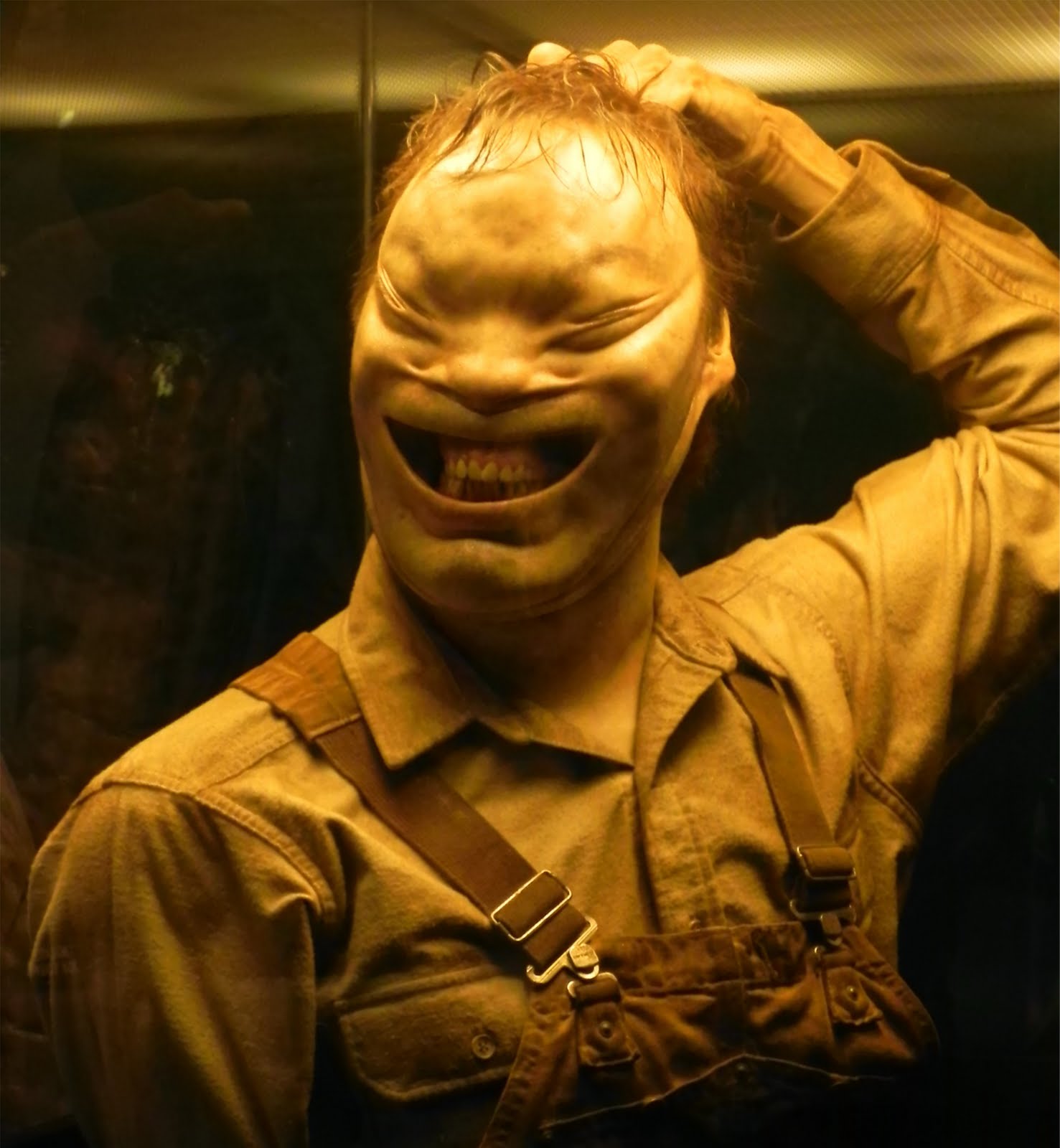 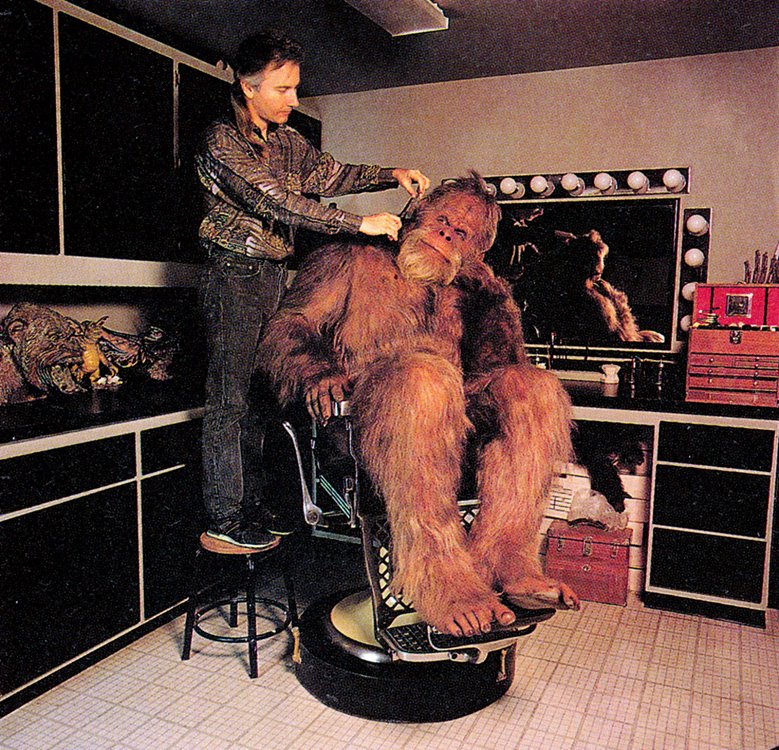 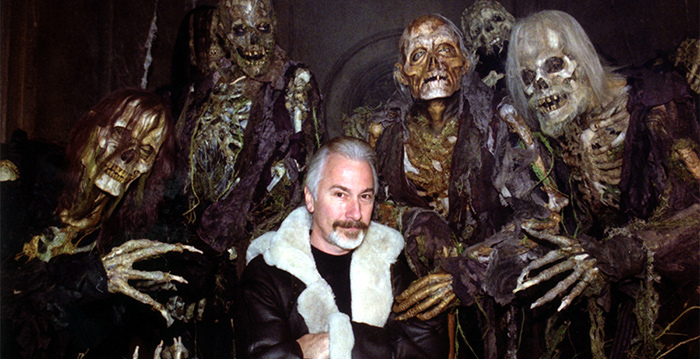 Outfits Inspired by Your Favorite Characters

Great article! It is so sad that a massive artist and professional such as Rick Baker has to retire early because of CGI. It is a real loss for the industry and one that will be deeply missed.