LUNAR 3097: Bk 1 of The AI Chronicles by Gary Timbrell | A Geek Insider Review

I had the pleasure of meeting Gary Timbrell, author of LUNAR 3097: Bk 1 of The AI Chronicles, at Space Coast Comic Con in Cocoa, FL in February 2020. As with all conventions, these are opportunities to meet and greet the authors, artists, actors and otherwise creative people, who help to make a great Con experience as they pitch their wares.

I am quite impressed to learn that this is Mr. Timbrell’s first published book, which received the 2019 CIPA EVVY Merit Award for Science Fiction; a story that he’s had in the works for over a decade. He is an inspiration to those who never want to give up on pursuing a dream.

As people in today’s society integrate more with Artificial Intelligence, whether it’s with our smartphones, digital personal assistants, and even our home appliances, people are getting more and more emotionally attached to their devices.

Having said that, it stands to reason that Abbey Skyler has empathy for RAIDA 2, the A.I. being that she’s been closely working with for nearly a decade. She projects her feelings of what it must feel like for 2 to be abandoned, immobile but aware, for all eternity on LUNAR 3097. This prompts her motivation to go rogue and do something to ease 2’s existence on the distant moon.

Abbey has given 2 all the back up information that has been compiled from their mission to LUNAR 3097, including coordinates of landers and failed A.I. missions. Herein lies the dilemma.

As fans of science fiction, we are quite familiar with the “Three Laws of Robotics” thanks to author Isaac Asimov.

The RAIDA A.I’s were never programmed with these safeguards because theirs was a one-way mission with no plans to retrieve them for a return to Earth. Conversely, humans would never inhabit LUNAR 3097. It was argued that the A.I. needed to be autonomous during the mission just in case they had to protect themselves from unforeseen circumstances like alien life that could jeopardize the mission, for example.

Abbey’s violation is quickly found out and there is a bit of a quandary when the International Space Agency (ISA) discovers that compounds exclusively found on LUNAR 3097 would make light speed possible. It is now imperative, for the evolution of space travel and exploration, to return to the Kelstar moon. Additionally, the only way to safely test the compounds would be to re-employ RAIDA 2.

In LUNAR 3097, Timbrell skillfully weaves the seeds of discord and outright war on many fronts. We can feel the snowball effect of dire consequences building. He covertly leaves us to ponder the dichotomy between human-like and human being. What is the distinction between life and existence?

2 is becoming self-aware and the primal need to survive has been manifested. Unforeseen developments on LUNAR 3097 could already jeopardize the agency’s mission for light speed space travel. The decisions being made could impact the world as we know it. No doubt there will be a heavy price to pay.

Gary Timbrell’s LUNAR 3097: Bk 1 of The AI Chronicles could technically be a standalone publication, especially if you love cliffhangers that allow your imagination to wonder about possibilities and consequences. Indeed, there is a sense of reality that makes everything you’re reading quite believable in a near-future. Admittedly, I found it very difficult to put it down once I’d cracked the spine of this book. Thankfully, we know there is a resolution as we anticipate the continuation of The A.I. Chronicles. 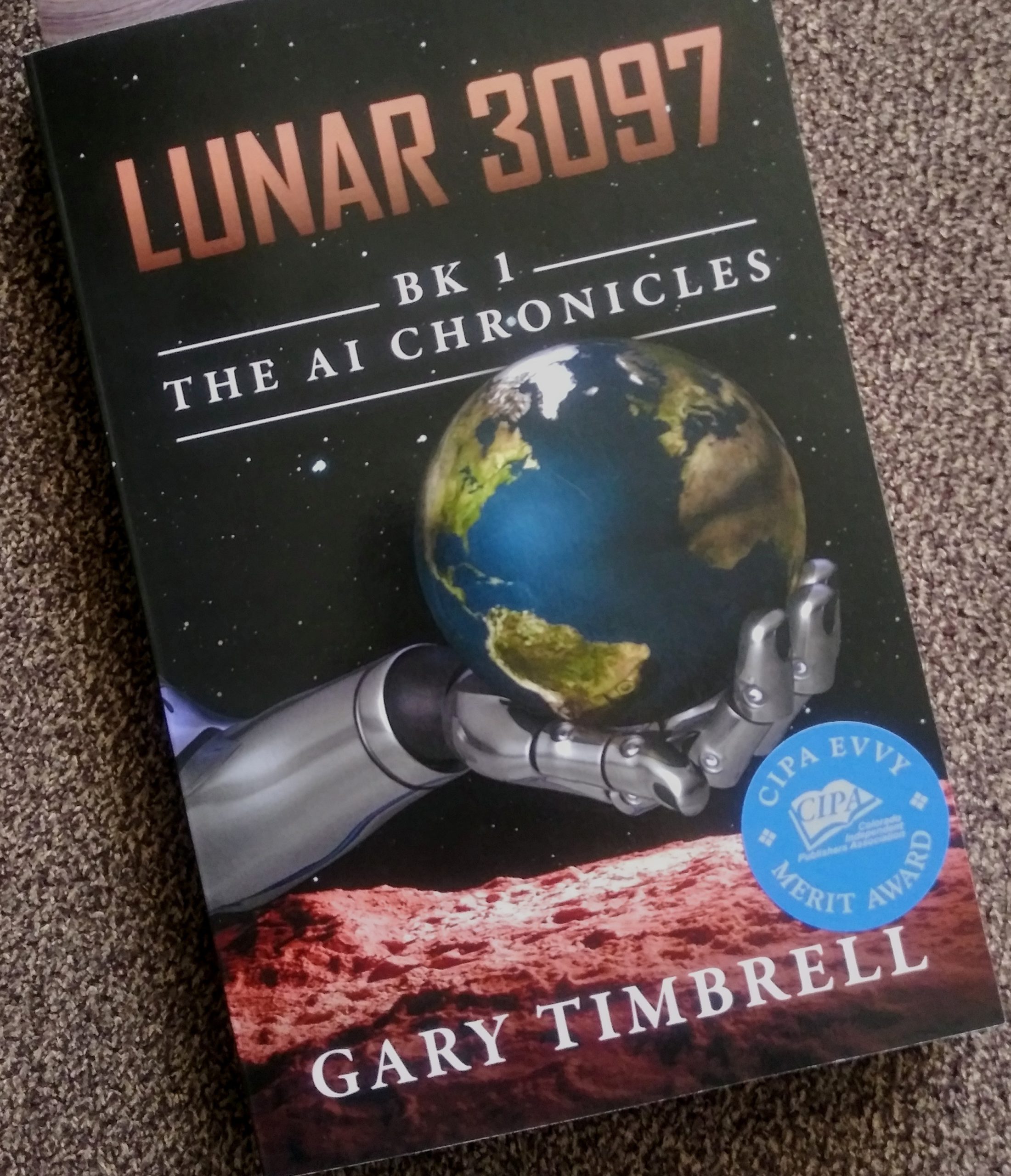 Pixar is Only as Good as its Weakest Link