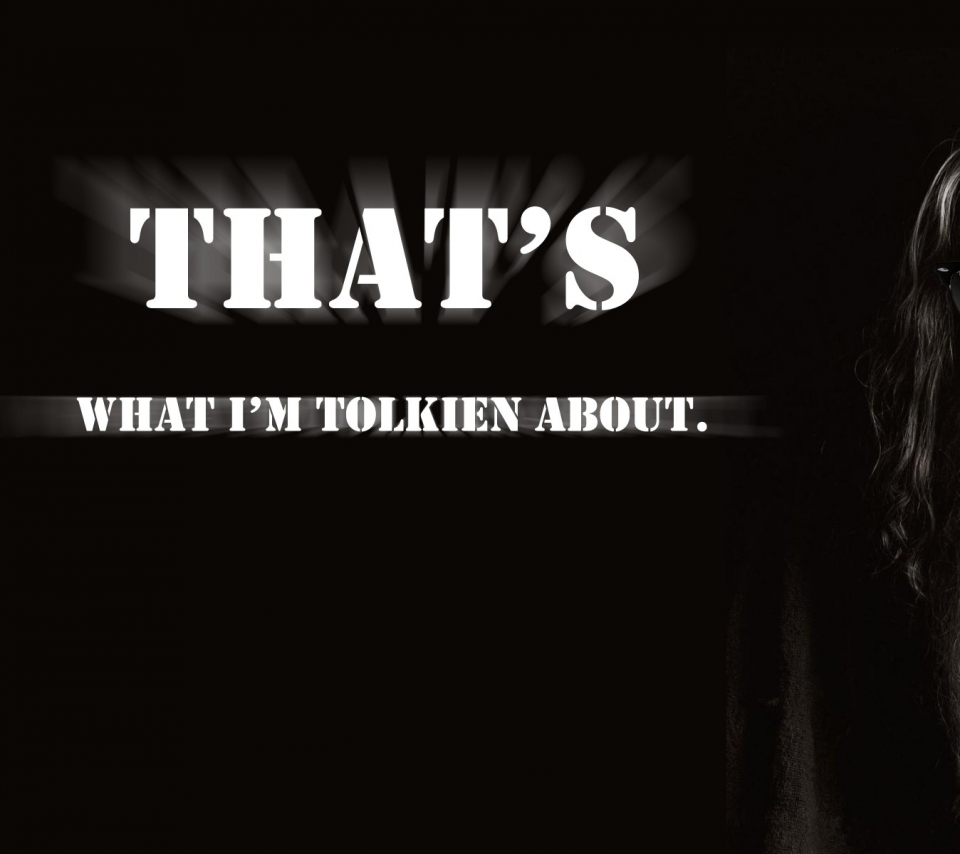 J.R.R. Tolkien is the forefather of fantasy as we know it. His Lord of the Rings trilogy inspired thousands of readers and writer, whether those writers used his tropes or attempted to redefine him.  There is no denying that what Tolkien is one of the most important fantasy series, possibly one of the most important series in any genre. Tolkien never envisioned the success his novels (Lord of the Rings and it’s prequel the Hobbit) but more importantly he never envisioned the fandoms that would arise. The fans of these books cross generations and are still finding his works every day.Now, there is news a video of the JRR Tolkien himself exists where he discusses the meaning of the books.  Now, more than fifty years later, does his meaning matter?

Lord of the Rings was written after The Hobbit although based on  world he had begun writing about long before Bilbo’s 111th birthday began. It wasn’t published until 1954 and 1955 and shortly after became a cult classic for American hippies in the 1960’s. They saw the Shire and it’s idealistic way of life as a goal for America and they saw Sauron as a representation of the U.S draft during the Vietnam War. Even back then, Tolkien disagreed with this interpretation of the novel although he did not public announce what he wanted readers to take away from his books. He insisted the books were not an allegory for anything, despite readers ideas that the books were an allegory for World War I, World War II and anything else they could think of.

On March 28th, 1958, Tolkien attended a “Hobbit dinner” in Rotterdam where he read a previously unheard poem in Elvish and, more importantly, spoke of the meaning of the Lord of the Rings. It is a rare recording of  man who was not inclined to speak in so definitive terms about his work.  There are instances where he proclaimed the his novels were open for reader interpretation. The video from the Hobbit dinner is not yet available to the public but promised for sometime this year. It is a great find and a treasure for fans to hear the man himself.

But Does It Matter?

Tolkien had no way of knowing what his books would create. Legions of fans who attended and created some of the earliest conventions and fan societies in honor of his works. The movies created by Peter Jackson have created even more fans. The problem is, regardless of what you think of the movies, they did make changes to the novels. Some changes may have been for the better and others for the worse but they cut out a crucial moment (spoiler!); when the hobbits return to the Shire after destroying the One Ring, they find it has been taken over by Saruman and begun to modernize and industrialize the land. Frodo, Sam, Merry and Pippin manage to led a successful rebellion against Saruman and he is finally defeated.

It is understandable that is was cut from the Return of the King. The movie was already over three hours and Saruman’s take over of the Shire did not fit in his movie. However, because of this thousands of fans don’t know that this major plot point happens in the books. And while it changes the story, in the end, it may not matter.

Tolkien created a sprawling epic and re-created a literary genre but the books are not the best fantasy books out there. His characters are generally not as well-developed as his worlds and languages (which are developed beautifully)and his writing is wordy  and dry at times. The importance of the books is not the story itself or the meaning behind it. Lord of the Rings will live on and be remembered as the reason that fantasy became so popular. He published these books during the 1950’s, when science fiction dominated fan’s lives.  Fantasy saw a resurgence after Lord of the Rings and it’s impact can still be felt in works such as Game of Thrones and games such as Dungeons and Dragons, and thousands of books and movies. Orcs, elves, wizards and dwarves are common staples in fantasy thanks to Tolkien’s influence, as are lost kings and farm-boys becoming heroes.

It will be amazing for fans to hear what Tolkien says is the meaning of his works but whatever that meaning may be will not define or redefine what it means to his fans. The books will mean what they have always meant and that is whatever the readers want it to be.