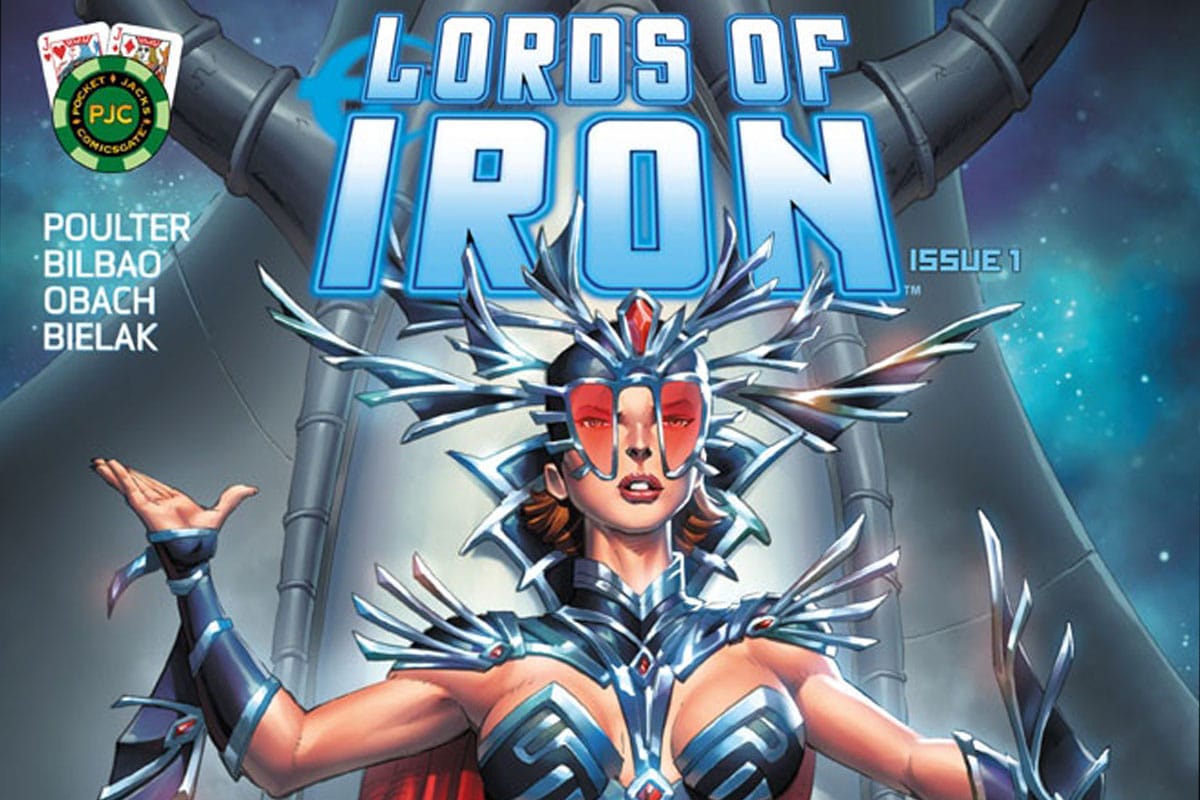 Set several decades in the future, Lords of Iron finds humanity in a struggle for dominance of the solar system against a genetically engineered race of beings called “Vees” who have successfully colonized Venus and now seek control over the asteroid belt.

Robotech meets The Expanse in this brand new cyberpunk comic book series, as we follow a squadron of Russian “Stellar Knights” who pilot power armor, as they seek to defend Earth’s smelting facility on Ceres.

“I wanted a science fiction story that had the DNA of my World War 2 story, White Lily, about the two deadliest female fighter pilots who ever lived. So I’m bringing the same team over to Lords of Iron.”

More About The Lords of Iron Team

The artist, Joaquin “Jake” Bilbao III, is a freelance comic book artist who has worked on titles including Bloodrayne, Pathfinder, Wolverine, and a veritable smorgasbord of indie comics including Crispus Caesar, Once Our Land, The Outlaw of Torn, The Monster Men, and White Indian.

The colorist, Blond, is a full time veteran of the comics industry. With over 20 years of professional experience, his work has been published by the likes of Marvel and DC, as well as work as a one sheet designer for 20th Century Fox.

Lords of Iron features a naughty/nice cover for fans young and old.