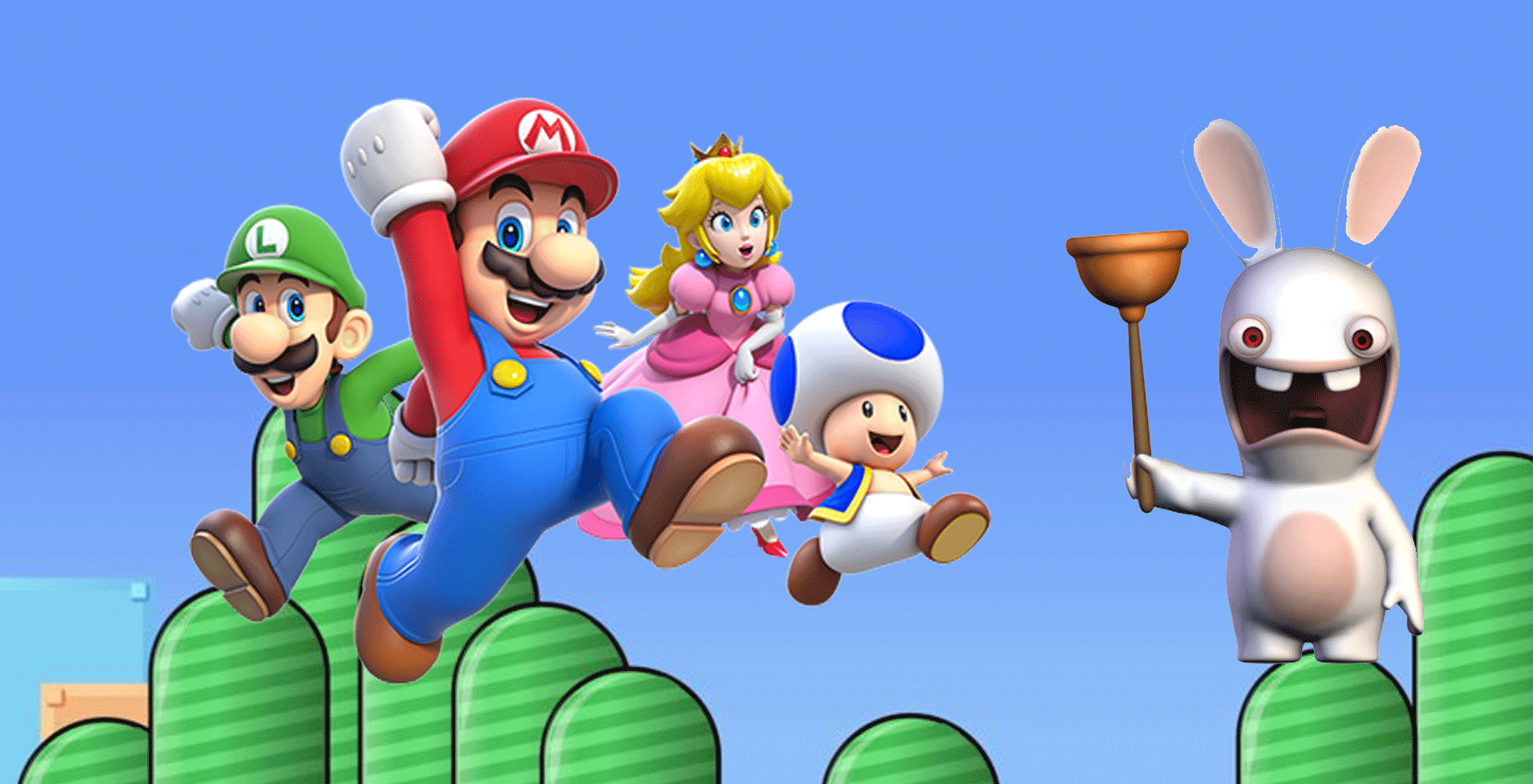 Fellow fans of RPG-style Mario games, something…interesting…is headed our way. The idea of Mario, the high jumping hero of Mushroom Kingdom, is already an odd one. Throw some Rabbids into the mix and you’ve got yourself one wacky crossover. That’s right, the crazy rabbit creatures from a Rayman spin-off game are supposedly teaming up with Mario and company. Of course, maybe that’s not all that strange when you consider that our favorite red-hatted plumber teamed up with a talking paint can in his most recent RPG adventure.

Rumors of the game have been floating around for a while, but some “art assets” received by a source of Kotaku are breathing life into the them. While Kotaku was not permitted to share the assets, they did disclose some information about the game, which they refer to as Mario + Rabbids Kingdom Battle.

“The game’s selling points appear to be a) turn-based combat, b) two-player local co-op, and c) a goofy sense of humor. (The art we’ve seen features Mario and crew wielding guns that shoot laser beams.)”

Bring on the cheesy Mario humor! The chsitaracters in the game will include Mario, Luigi, Yoshi, Peach, and the “Rabbid” version of each of them. The game is supposedly set to come out on the Switch this August or September. Something else to look forward to in addition to Super Mario Odyssey.