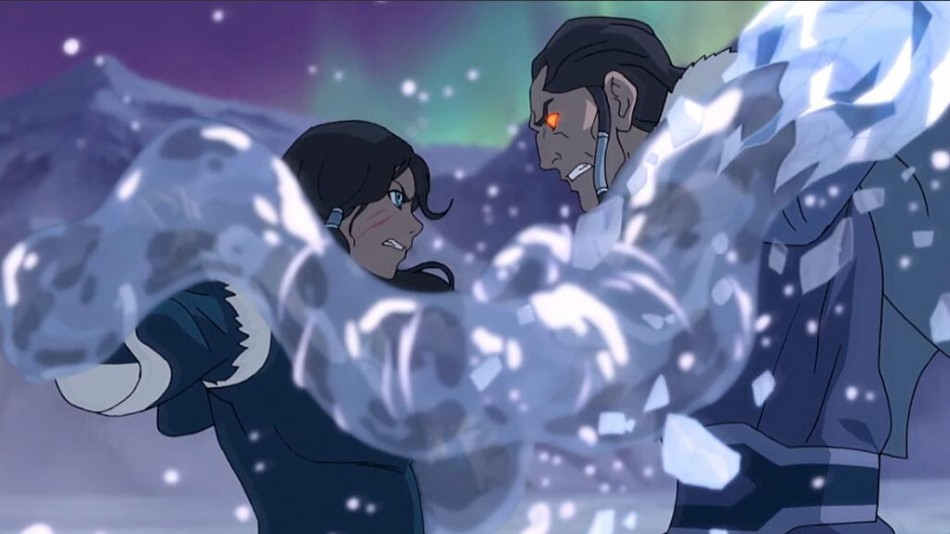 Don’t panic yet – The Legend of Korra has not been cancelled. However, Nickelodeon has decided to take the show off the air after the release of one more episode, “The Terror Within,” this Friday at 8/7c. According to co-creator Bryan Konietzko, the remaining episodes of “Book 3”will be moving to digital distribution.

What This Means For the Show

The photo above was shared a few days ago on Konietzko’s personal Tumblr, surprising fans with the knowledge that the show will no longer be airing on Nickelodeon. Konietzko and co-creator Mike DiMartino were able to provide some more details during their panel at San Diego Comic-Con, discussing how the decrease in Korra’s views on TV and the increase of numbers of digital streaming led to Nickelodeon’s decision to shift the show entirely to a digital platform. Konietzko recently announced that “the remaining episodes will roll out weekly on Nick.com and the Nick app beginning August 1, as well as on platforms like Amazon, Google Play, Xbox and Hulu.”

Fans can rest assured that the change in programming won’t cause any delay in the release of the remaining episodes, and nothing will be cut or changed. While many are worried that this last-minute shift to digital indicates an imminent cancellation, Nickelodeon has already confirmed that there will be a season 4. In the end, we still have our show, and that’s the most important thing despite the change in distribution.

The decision to take The Legend of Korra off the air is not an entirely unprecedented move, as the show has experienced some unfortunate scheduling difficulties since the premiere of “Book Three” at the end of last month. While the official trailer and release date were expected to be revealed at this year’s San Diego Comic-Con, the accidental leak of a few of the episodes resulted in Nickelodeon releasing the trailer early and, subsequently, the three-part season premiere was announced only a week before it aired. This lack of proper advertising resulted in a disproportionately low amount of views in comparison to the show’s success during its previous seasons.

Nickelodeon continued this trend of poor scheduling by slotting the show into a Friday night time period, essentially the graveyard shift for television shows. The decision to air two episodes a night was equally questionable, as “Book Three” is only a thirteen episode season, and if viewers were to miss one night they would fall significantly behind with no streaming options available to catch up. If nothing else, the switch to digital distribution will answer the pleas of those wishing to watch the show online without being restricted to a limited viewing time.

What’s happening with The Legend of Korra may be symbolic of the shifting nature of the television industry, as more and more people are turning to the more convenient method of digital streaming to watch TV shows and movies. With the existence of such sites as Netflix and Hulu it seems as though this trend will only continue, and therefore Nickelodeon may simply be conforming to modern developments. While the shift to digital may cause Korra fans to worry, perhaps it won’t be long before all of our favorite TV shows are only available through digital platforms.