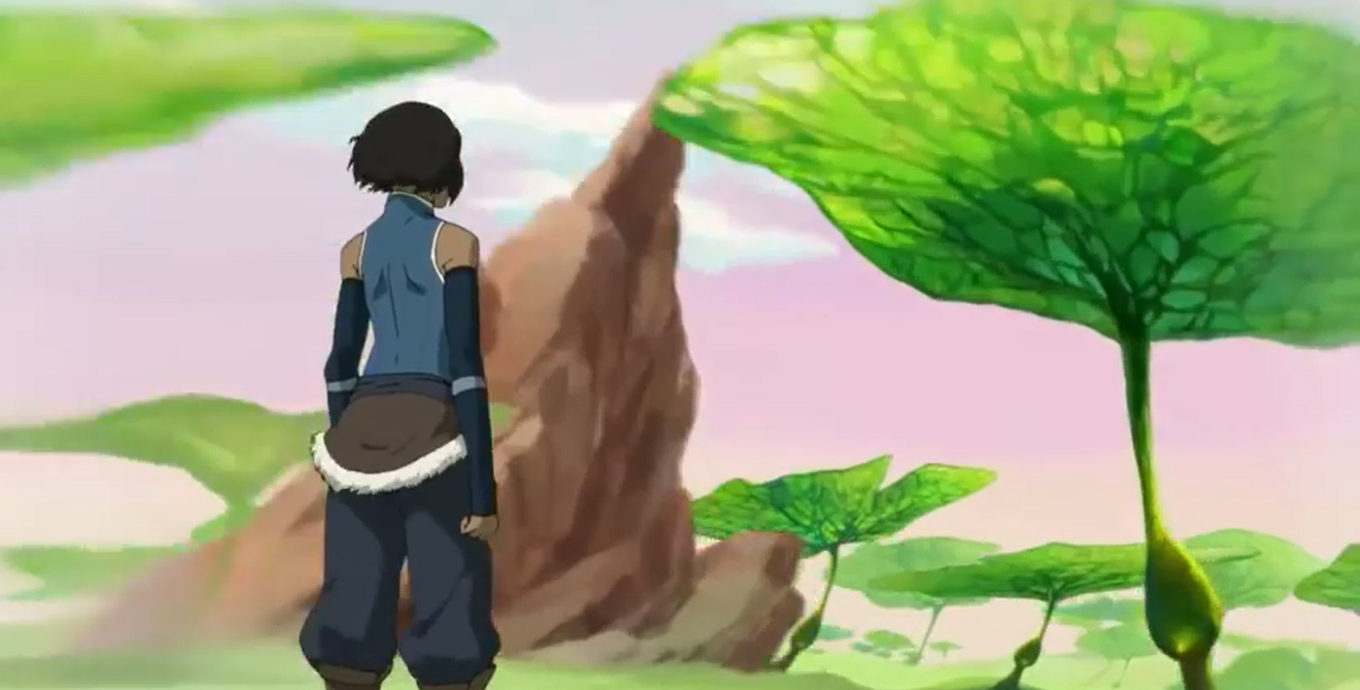 Co-creators Bryan Konietzko and Mike DiMartino revealed that The Legend of Korra Book 4 will be premiering much sooner than expected. On October 3rd, Nickelodeon will be plunging full speed ahead with a trailer and a sneak peak that are more than enough to get us excited for the fast-approaching release date of what will be the final season.

The trailer is fast-paced and shows a lot in two minutes. The first thing to know is that while we’ve only waited a short amount of time between seasons, three whole years have passed for the characters. This time jump signifies change and growth for everyone, especially Korra, who is trying to recover her strength and confidence after her ordeal in the Book 3 finale, “Enter the Void / Venom of the Red Lotus,” which left her weakened in both body and spirit. In order to move on, she takes a solitary journey through the physical world and the spirit world. Solitary in this case seems to mean truly alone, as not even Naga can be seen at her side. It seems that the ultimate enemy Korra will have to face might be herself, as evidenced by what appears to be a showdown between normal-Korra and Avatar-state-Korra in the swamp. Is anyone else getting a Star Wars: The Empire Strikes Back feel here?

Korra’s quest to find herself is accompanied by a new hairstyle, a symbolic shedding of the old as she seeks to recreate herself and her identity as the Avatar. Asami is sporting a new hairstyle as well, a more subdued tied-back style that mirrors her transition into adulthood and an increase in responsibilities. Mako is also looking much more conservative in a solid gray uniform, and as for Bolin – well, we’ll just have to wait and see how long it takes him to regret his new identity as a soldier of Zaofu. You can see some great images of the new character designs here.

Aside from the main gang, we also get some glimpses of an older, tattooed Jinora and the Airbenders’ new flying suits, as well as a quick flash of Zuko’s daughter. And, of course, Kuvira seems to be taking a role as the main antagonist of the season, giving meaning to her unexplained yet significant appearance at the end of Book 3. With the help of Varrick’s mech suits, she and her Metal Clan soldiers are more powerful than ever and clearly they’re not messing around. Personally, I’m especially excited by the glimpse of Zhu Li in a mech suit, confirming suspicions that there’s more going on with Varrick’s assistant than meets the eye.

But all of this is overshadowed by that one little word at the very end of the trailer: “Toph.”

As if the trailer isn’t enough, fans who are impatient for the season premiere can watch a clip of the opening scene, which shows Republic City three years later and catches up with Asami and what she’s been doing since we saw her last.

If you still need to get caught up before the Book 4 premiere date on Friday, October 3rd, all episodes of Books One, Two, and Three are available on Nick.com.