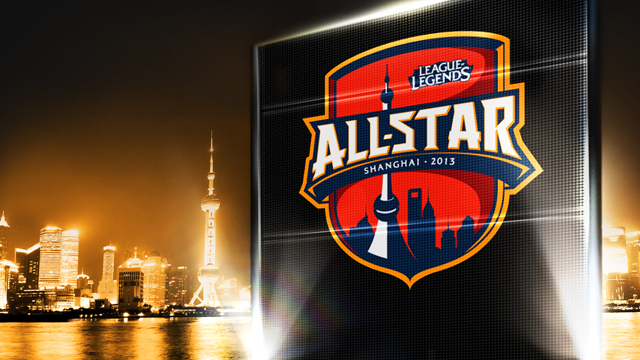 League of Legends has quickly become of the most popular online games to grace PC screens across the world, with its massive community still growing; In fact it’s become so popular that now the US Government recognizes it as a sport!

The League of Legends Champion Series has been officially named as a professional sport meaning that like with NHL, NBA and NFL, professional summoners are now eligible for an American P1-A visa.

The news came from Leigh ‘Deman’ Smith, Shoutcaster for Riot games after he tweeted

Another announcement you all maybe missed. The US Governement recognises the #LCS as a Sport on par with NBA,NFL,NHL so pro’s get visas now

It was also confirmed that some League of Legends professionals have been receiving their visas in preparation for the League of Legends World Championships that will be taking place at Los Angeles Staples Centre with an expected turn out of around 10,000 live fans later this year.

Oh yeah, did I mention I have an ATHLETE’S VISA for league of legends? #LCS

Unfortunately this does not mean that any Bronze 4 player (like myself) can apply for a visa and according to the US Citizenship and Immigration Services, the P1-A visa is awarded to those:

“Participating in [an] individual event, competition or performance in which [they] are internationally recognised with a high level of achievement.”

In the case of professional gamers, it will allow them to remain in the US to compete for up to five years.

Riot Games has apparently been fighting vigorously for this decision through what has been an extremely lengthy process. Nick Allen, A manager at Riot Games, explained why this breakthrough in competitive gaming is such a big deal for the game:

“Now we can start looking at international players when they come over. It’s a much easier process because they’re actually recognized by the government. This is a huge thing.”

It seems now that competitive gaming is once again becoming a massive global competition with people all around the world now able to compete in the League of Legends Champion Series.

Competitive League of Legends teams compete in 5v5 matches that have led to cash prizes of over $100,000. However it’s not all fun and games (well, it kinda is..) Teams must practice for hours on end every day to try to keep up with the ever changing tactics and strategies that League of Legends presents

The news has been extremely well received over in China with competitive players now given a chance to compete and even join professional teams over in the US. League of Legends has a huge fan base in China with around 50% of all video game news coverage focusing on the MOBA title which boasts a fan base over 40 million players.

It certainly looks like there will be a lot more professional competition in season 4 of League of Legends, what do you guys think? Let us know in the comments or tweet me @JonathonAalders