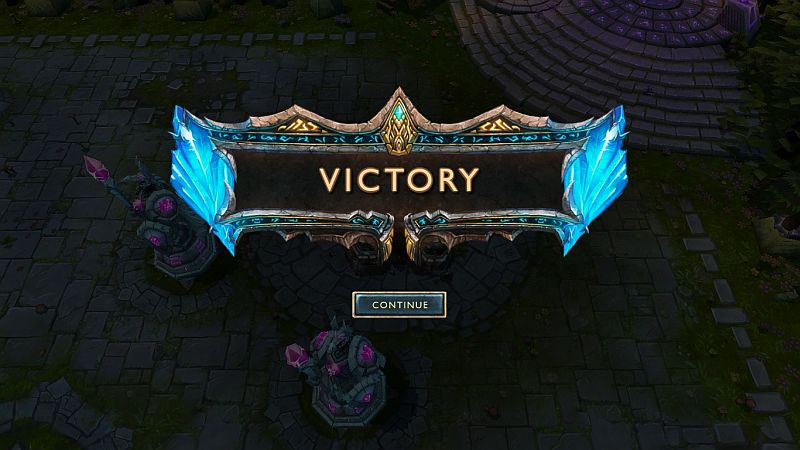 Cheers fellow summoners, geeks, and insiders. We’re going to pick up from my last article on League of Legends and examine the CC at play in our example match.

In case you forgot.

League of Legends Tutorial: How to Win #2

Misleading to say the least, and often referred to simply by it’s initials, it is Crowd Control. Upon hearing those words it’s easy to think of Area of Effect, or AoE attacks, because damage can effectively control a crowd right? Technically this assumption is correct, but recalls a different concept known as “zoning,” and even then damage does not cover all aspects of that. Instead, in League of Legends’ case, CC is used as a general purpose phrase to describe various disabling status effects such as roots, stuns, silences, slows, suppressions, blinds, and more. Now it should make a bit of sense as well that a crowd’s actions and movements could be controlled through disabling abilities.

How important is CC?

Two of the losing team champions, Gangplank and Olaf, both have abilities that dispel CC (Gankplank’s Remove Scurvy allows him to remove CC from himself while healing him, and Olaf’s ultimate, Ragnarok, removes all CC from him while granting immunity to incoming CC for six seconds). Getting a clearer picture now? If you recall in the last article I argued that, aside from Fiora, Gangplank and Olaf were hanging back in order to safely deal the finishing blow to champions that were going to die anyway. Kill-stealing so to speak. Do you see the problem yet? If CC played a key role in the winning team’s offense, and Gangplank/Olaf had ways around CC, then they should have been in the front—not in the back. Once again we see clearly how a “kill-centric” mindset weakens a player’s effectiveness.

With so much emphasis on the losing team, you’re probably wondering when I’ll talk about “how to win.” Avoid the mistakes I’ve pointed out made by the losing team. The winning team could have lost many fights that game by dispatching their combined CC at the start of a fight, allowing Olaf and Gangplank to break free and run amok. Simply having lots of CC isn’t enough. Whether a team has a little or a lot of disabling abilities at their disposal, that team needs to spread them out over time and focus them on the appropriate targets (i.e. silences on casters, slows on melees, stuns on carries, etc.). The team that finds themselves victim of overwhelming or just accurately placed CC needs to play smart (i.e. using CC canceling abilities to create openings, and purchasing anti-CC items such as Quicksilver Sash and Banshee’s Veil).

I’ll provide a more in-depth look at CC during a later article, but for now, take this as yet another example of why kills alone don’t win games. Next time I’ll be discussing the impact of gold on this match and how deaths play a bigger part than most players would like to admit.