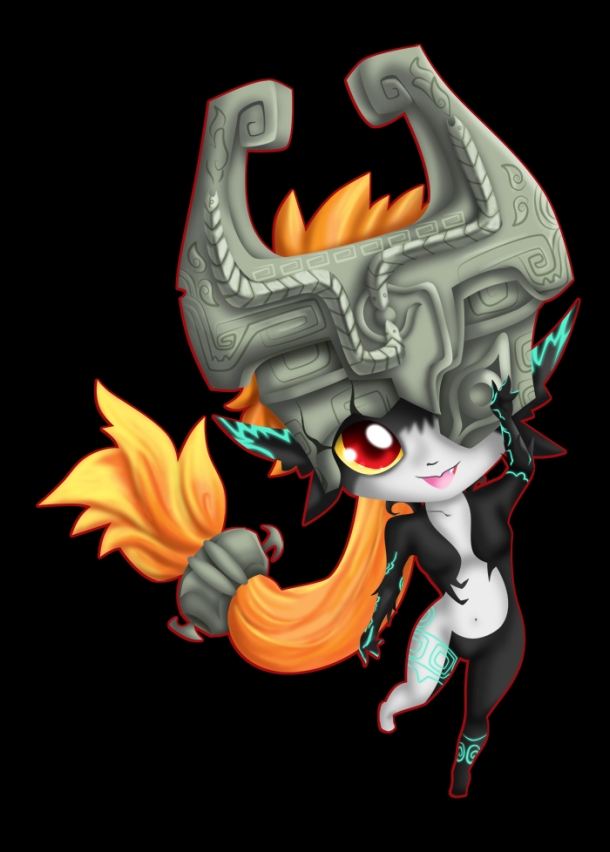 We’ve all dreamed of it.

Indy Artists: A Life Of Creation (and Fudge!)

But how many of us can actually do it? Let’s face it, it’s not something you can just ‘do’. Even in video games, the expert ‘crafter’ is usually an alt that you just send money and supplies to. There’s endless grinding through materials and levels, all because you have the dream of one day just being able to sit back and craft tuxedos to sell in the Auction Houses of Ogrimmar.

I was lucky to catch up with Kaitlyn Clinkscales, someone who’s managed to make what a lot of people dream about, into a reality.

She’s an indy Pokemon artist (imagine having THAT on your CV) who makes fudge (the food, not the hair product. But don’t be surprised if she comes out with her own line of that too) and Cosplay accessories. We also talked about dragons because that is the logical starting point of all conversations. Ever.

Is Clinkscales your real last name? Because I think it is an awesome last name.

Clinkscales: It is! Most people don’t believe me, but it’s been in my family all the way back to Scotland.

E: Ahhh, so your Scottish relatives owned dragons? Obviously, by the name, there is no other logical explanation.

E: Wow, that’s really cool. Sad about not keeping them as pets though….Speaking dangerous pets that fight things, you seem to really love Pokemon. What is it about Pokemon that has captured your attention?

Clinkscales: Pokemon was one of those games I got as a kid, and just held onto as I grew. As most kids, I was subjected to bullying. Pokemon was an outlet for me, as it was for a lot of others I came to find out. It’s always had a special place in my heart, and even though I’ve lost touch with the anime rendition, I still play every game. 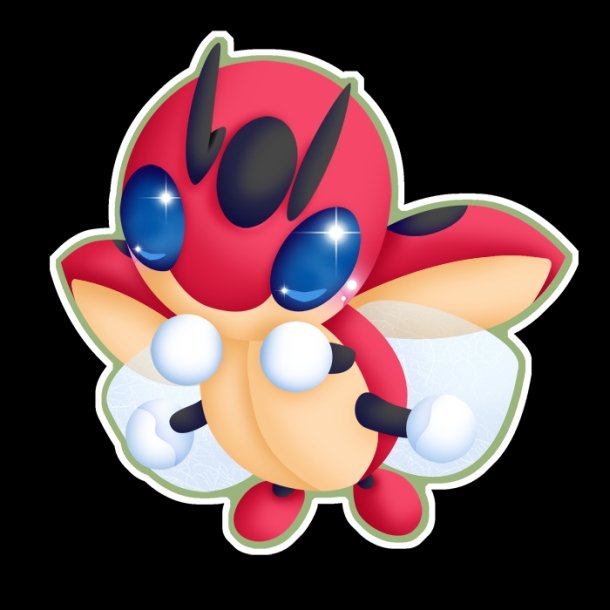 E: That sucks about the bullying, but your Pokemon artwork is really lovely. It’s a great thing to come out of such a terrible experience. So, when you’re making your artwork, what goes through your head? What process do you go through, creatively speaking?

Clinkscales: When I started the whole project, I was just looking to try a new style. I wasn’t very good at drawing animals by any stretch of the imagination; honestly, I sucked. The technique was basically vector-style in Photoshop, by use of the pen tool. When doing that, honestly I just tried drawing the same exact poses I could find the Pokemon in! However, now it is much more complicated. First, I start off by randomly selecting a Pokemon I haven’t drawn yet (I have a huge Pokedex book, and I randomly flip to a page), and analyzing their details. If they’re dragon type, are they more like a lizard or actual dragon? If they look like a cat, do they look more like a domestic cat or a wild cat? Once I channel the Pokemon in such a way, I look up references to see poses of how those animals operate. I picture every single choice as the Pokemon in question, and then tweak it until the pose is just right. The cuteness primarily comes in the super-cute eyes though!

E: Those eyes are adorably super cute. I’m convinced you have a Cute Gun somewhere and you just blast the eyes with it!

Is there a time when that process doesn’t work? Or you feel stuck with a project? And most importantly, how do yo become unstuck?

Clinkscales: Oh, plenty of times where I get super stuck. There are times when, honestly, even if you find just the right pose it just doesn’t want to go. My hand just falls to the side and surrenders, claiming it doesn’t know how to draw and never knew. Climbing over the proverbial artist block is a task, which I  can never really narrow down. It’s different for everyone, and in my case, some things work and some things don’t. One of the methods I use is to try drawing easy, old favorites until my hand is sore (Pikachu, for instance). I’ll then put my sketchbook away for a day or two. Then, for some magical reason, I can usually start drawing again after that. I feel like my subconscious works it out. Being too stressed or not taking care of yourself can lead to dead time, and I catch myself forgetting to have essential vitamins in such times. Your body can’t really operate if it doesn’t have the fuel to do so, and your artistic ability is no different.

E: Speaking of stress, judging by your Deviant Art page, you’re really making a go of the ‘business’ side of being an Indy artist…. You seem to do EVERYTHING that people need/would want from Cosplay to artwork and fudge! How much hard work is all of that?

Clinkscales: It’s difficult being in my brain, that’s for sure! I’m actually a recent college grad with a BFA in Fashion Design. I love fashion, but honestly, it’s just not a money-making field right now. But Cosplay is! Being able to grow a name through Cosplay, where tons of people recognize you and then connect you with a body of work is a great way to traffic people to your site. It also comes down the fact that almost every time I see work put up, I want to be able to make it. Glass etching came up as one of those things where I saw a friend do it, and immediately wanted to try it as well.

But really, I mean it all boils down to if I can make a living doing it. My father raised me to be extremely business-focused. You can love the things you love, but you have to have enough money to love those things. I love Cosplay and want to get crazier, but I can’t do that if I’m working 60+ hours a week in retail. About a year ago I decided to quit my retail jobs and start indying full time, which at first was a huge leap. But I kept seeking new ventures, and here’s where I am today. Living off credit cards wasn’t the highlight of my life, but it allowed me to explore and find a niche for myself. 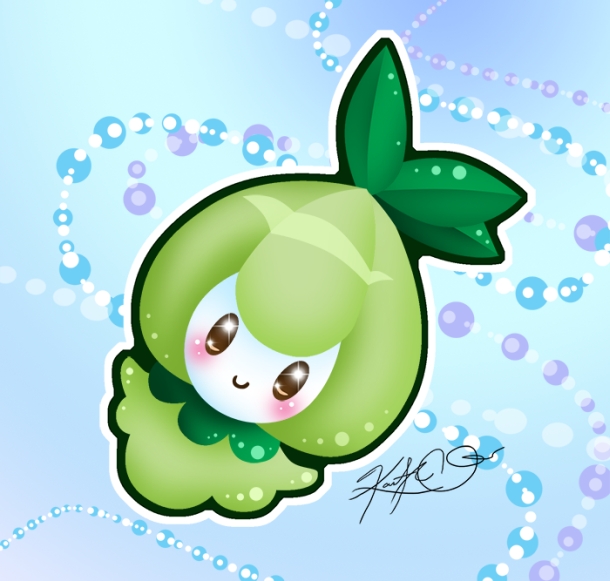 E: That’s really brave. Is there anything you learned during that time that you wish you could tell younger you about? Anything you’d avoid doing, or something you wish you’d known?

Clinkscales: There are a few things I would love to punch my younger self in the face for doing! Ha. The first would have been to stay at home and complete all my liberal arts credits at community college before heading to art college. It really was a waste of time and money, and I feel like I was held back by the process (I could have graduated much sooner had I done this). Along the lines of working, I actually wish I had made the jump sooner to indy. The two years I spent working two thirty-hour-a-week retail jobs plus full time fifty-plus-hour-a-week schooling kept me from growing. It was until I quit those jobs and focused only on schooling and my art that I grew as an artist. But other than stupid social mistakes, I find that I chose the right path, and really wouldn’t change it for the world. Though I don’t like my Alma Mater, if I hadn’t gone there I may not be in the same situation. I may have never had the idea to start drawing Pokemon, or even tried to advance my art skills beyond fashion croquis.

E: Ha! Young me deserves a punch in the face too! And some stern words, glad I’m not the only one.

Now, for the final and most important question of the entire interview-

If you could pick only ONE character to Cosplay as, for the rest of your life (you’d be allowed to change the costume, but it has to stay as the same character) who would you be?

Clinkscales: Oh goodness…wow that’s a toughie. I would probably have to say Yuna from FFX/X-2, mainly on the side of my drive to do intense costuming work. She has so many outfits, it would be fun to play around with.

E: Awesome!  And there endeth the interview, thank you so much!

If you want to see more of Kaitlyn’s stuff, head to her Deviant Art page and support an indy artist (and eat fudge) today!