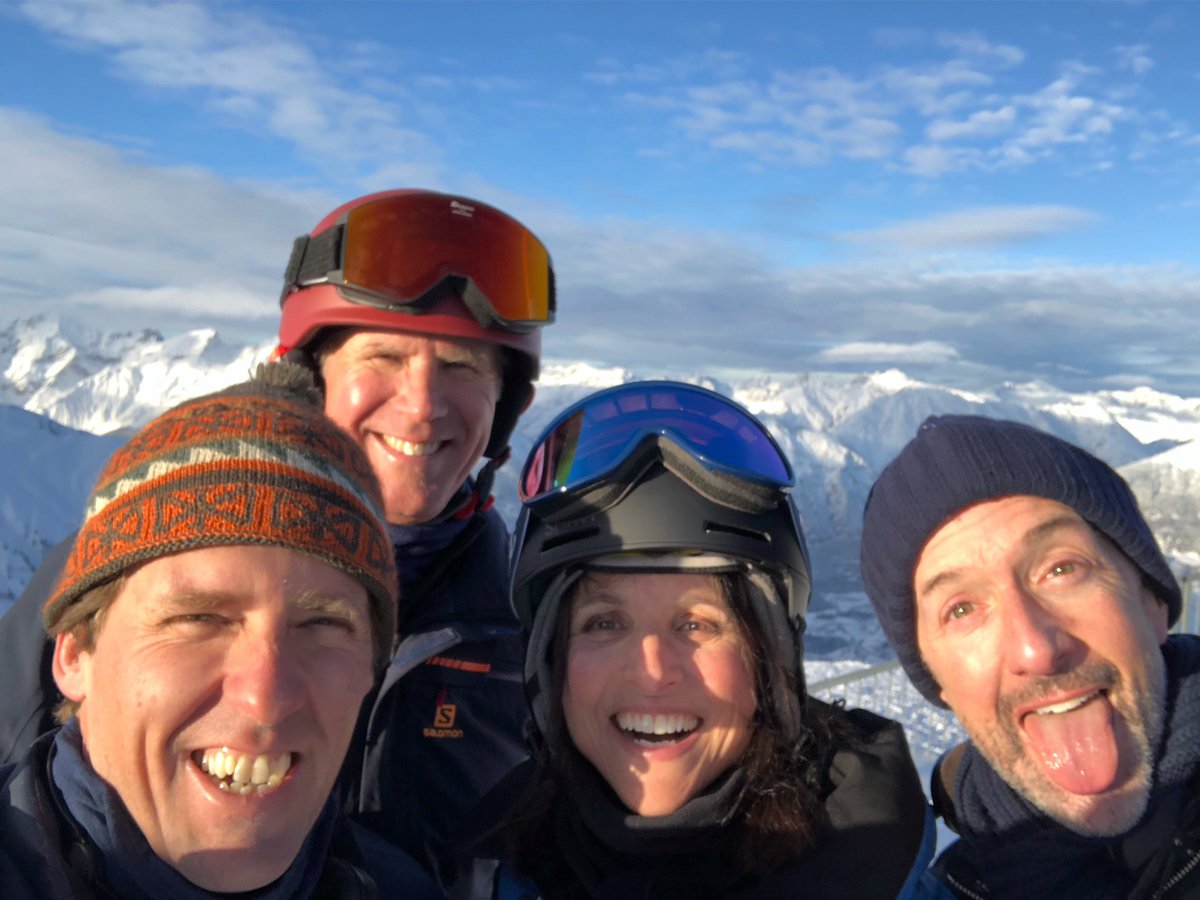 Will Ferrel thinks about the brevity of life and relationships in Downhill, and hilarity ensues all throughout the flick.

Downhill looks like a movie that will play with your head and don’t worry, it does. Its plot is a funny and disappointing turn of events that is hard to ignore. What starts like another rediscovery of love kind story of a couple with children, instead, turns into the reasons why you may want to split up kind of story.

The movie pays homage to a 2014 flick called ‘Force Majeure‘, which happens to be a Swedish black comedy present on the slopes of the Alps.

I would say that the movie is a must-see for those that appreciate the comedic genius of Will Ferrel and Julia Louis Dreyfus.

Downhill stars Will Ferrel, Julia Louis Dreyfus, Zach Woods, and Miranda Otto. The story revolves around a family who is vacationing at a resort in the Alps. But they are far from having the best time of their lives. In fact, there’s a cloud of darkness and sorrow that follows them from the get-go.

Julia Louis Dreyfus, who’s had a scenes in Curb Your Enthusiasm and other notable shows, is known as Billie in “Downhill’. She knows that they’ve taken a vacation to help her husband cope with a recent tragedy. Unfortunately, Will Ferrel or Pete loses his father and must come to terms with the concepts of death and life. He needs some time to recover and go back to a level of stability.

Both Billie and Pete learn more about themselves and each other and may not like what they see. For instance, take this scene, Pete and Billie are both at an alfresco dining space, and an avalanche comes rushing down on them. The family barely escapes. But something happens during the danger.

The father is nowhere to be found, he’s there one second, and when danger arrives, he flees.

During the panic, Pete, the father, remembers to save his precious cellular device and to run toward safety, leaving his family to face the potentially life-threatening event by themselves.

The near-death experience sends Billie, the wife into a spiral, and the husband, Pete, into a masculinity crisis.

You know there is going to be a fallout, and the only thing you’ll be thinking for the entire day after you have seen the trailer is HOW COULD HE? What could Pete’s character possibly say that would work in his defense? You’ll find out when the movie comes out in February 2020.

The original scene from the movie was posted on Twitter, where many people got it in their heads that the avalanche was real.

The Team Behind ‘Downhill’

Jim Rash and Nat Faxon wrote and directed the movie. They have previously written the comedy The Way Way Back, and also co-wrote The Descendants with Alexander Payne. Both of these films are hit home just like Downhill.

The Downhill Wrap Up

Should you go see Downhill? I’d recommend it.