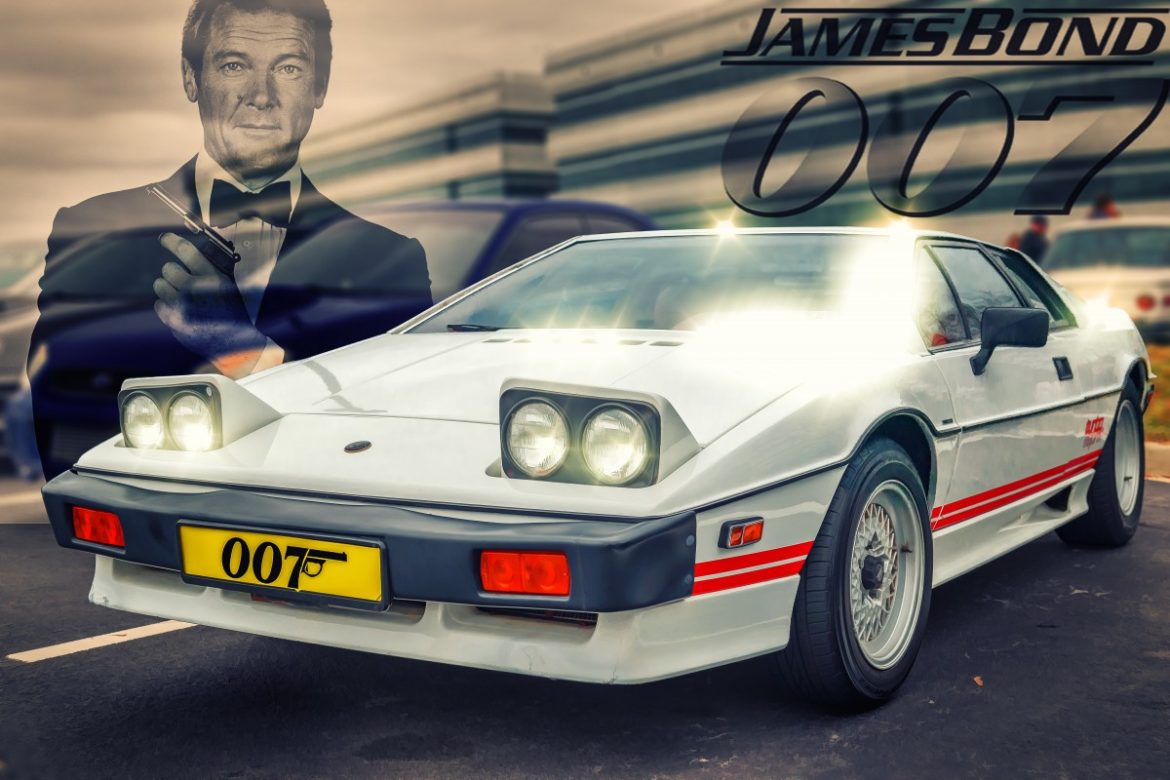 James Bond is probably one of the instantly recognizable fictional characters in the world. Created by Ian Fleming in 1953, this British Secret Service agent has captured movie fans’ imagination worldwide and as much damage and mayhem as he has caused to bad guys over the years, Bond probably should have protected himself more and learned how to start an LLC. After initially starting out with fictional novels, Bond has encountered outstanding success with movies that started with Dr. No in 1962. Sean Connery was the first to portray James Bond on the screen, and he has done so on seven occasions.

Roger Moore is the only star to have matched this record, but one other star will come quite close to beating this achievement. It will be none other than the current 007, Daniel Craig.

The choice of Daniel Craig as a replacement for Pierce Brosnan created a few raised eyebrows. Craig also had a ton of pressure when replacing Pierce Brosnan, who had become something of a style icon with this series. Let’s look back on the fantastic series of films that made Daniel Craig one of the ultimate 007 actors. Even though there is a lot of curiosity about who is the next James Bond, more people focus on the upcoming movie of the franchise. 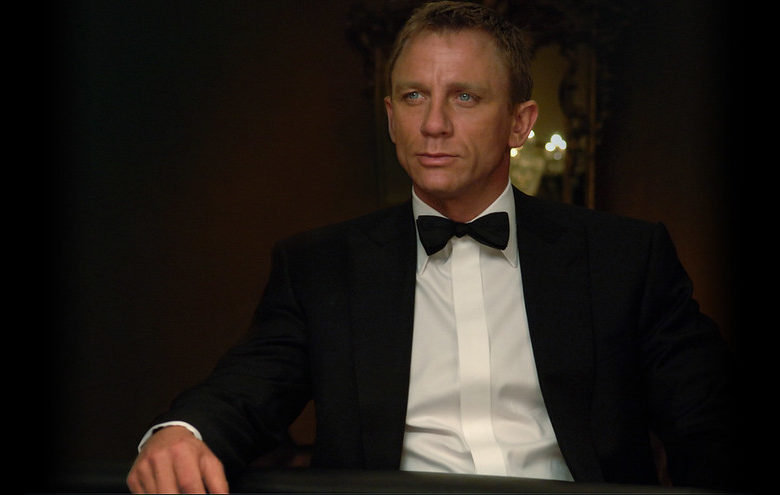 The movie kicked things off for Daniel Craig as he stepped into the shoes of 007 to replace Pierce Brosnan. Back when it came out in 2006, Casino Royale was a significant step away from the recent James Bond movies, where tech had a major role to play in the success of Bond. Casino Royale was a return to the good old days of 007, whose wit and skill was useful in getting the better of villains.

The fictitious Casino of Royale-Les-Eaux is the location where James Bond (Daniel Craig) takes on villain Le Chiffre in a game of Baccarat, which is as exciting as the ‘Gold of Persia’. The movie features fewer gadgets and more action. It received widespread positive reviews. Apart from the action, there is also love and tragedy in this Bond movie. Eva Green, who plays the role of Vesper Lynde, is the love interest of Craig but a tragic tale of events unfolds towards the end just when it seemed that the movie had run its course.

Unlike 007 movies of the past that can be watched on a standalone basis, the Quantum of Solace that was released in 2008 is more of a continuation of Casino Royale.  While Le Chiffré was the key villain in the Casino Royale, we are introduced to Dominic Greene, who appears to have shady intent while posing as an environmental industrialist. Unlike in Bond movies of the past, there is a strong interest for Bond to claim revenge for Vesper’s death.

The movie features a lot of action like Casino Royale but with a bit more tech gadgets. Even though the movie ended up making a lot of money for the franchise, it was criticized for being too violent. Even then, it was appreciated by fans around the globe. It also brought about the new prospect of having to think about James Bond leaving the film. Despite not being the most successful film in the franchise, Quantum of Solace has been instrumental in setting a series tone rather than individual Bond movies. This has ended up raising the expectation levels for forthcoming movies. 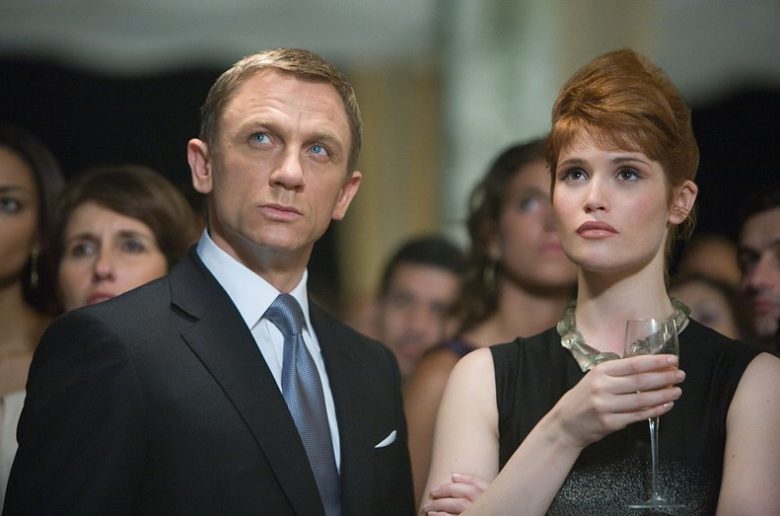 Skyfall is widely considered one of the best James Bond movies to feature Daniel Craig as James Bond in recent years. This movie is also the first collaboration between Sam Mendes and Daniel Craig.

A failed mission opens all the data about agent identities revealed. The massive intelligence problem is also believed to have resulted in the death of Bond. Yet, 007 strikes back to defeat his villains, but the movie also sees the end of M. If the Casino Royale and Quantum of Solace were a marked deviation from the Bond movies of the 90s, Skyfall set another tone with a lot of dark themes.

Yet, this movie turned out to be a huge success, and it became the first Bond franchise movie to pick up $1 billion in gross revenue across the world. Skyfall was also extremely successful at the Academy Awards by picking up two wins. It is the last movie that featured Judi Dench in the role of M. Dench played an iconic role as M, who is in charge of Bond, from 1995 to 2015.

Released in 2015, Spectre once again sees Daniel Craig take up Bond’s role with Sam Mendes being in charge of the film once again. As a result of directing back to 007 movies, Mendes became the first director since John Glen in 1989 achieved this distinction. Even amidst a lot of speculation that Daniel Craig would not continue in his role as Bond, he reprised the role for the fourth time. Doing so, Craig managed to match the achievements of Brosnan.

James Bond Spectre goes up against a criminal organization. Christoph Waltz assumes the role of the lead villain. Some nice touches in this movie would remind Bond fans about characters that appeared in past films. The movie was shot in different parts of the world, and it ended up getting released in 2015.

Even though it was not able to match Skyfall’s gross collection, Spectre was still able to come with a return of almost $900 million across the world. This made Spectre as one of the most successful James Bond films. It also lay the foundations for No Time To Die. The movie also features the twist of having to deal with James Bond’s adopted brother.

No Time To Die

Cary Joji Fukunaga will be directing the movie set to witness Daniel Craig reprising his role as James Bond for the last time. Craig will no longer be continuing as Bond after this movie. It will mark a remarkable into the sequence that began in 2006 with Casino Royale. Since then, Craig has firmly established itself as one of the top actors to have taken the Bond franchise to greater heights.

As a continuation of previous 007 films, No Time To Die will feature several stars like Léa Seydoux, Christoph Waltz, and Naomie Harris. Even though the director is taking care of his first bond movie, the screenplay will continue to be written by Robert Wade and Neal Purvis, who has been in charge of every Bond movie since 1999. James Bond’s next adventure will be released in 2020.

Final Thoughts On The Next James Bond Movie

Unlike in recent Bond movies, there has been a lot of confusion on this project from the word go. After Sam Mendes took him out of the running for the director’s role, Danny Boyle was brought into the project, and he later left due to differences of opinions. Even then, No Time To Die, the new James Bond movie, has been completed successfully and gearing up for a massive release.

All in all, we hope this quick run-through of the latest 007 movies brought you up to date. Let us know in the comments what your thoughts are on the next movie!

Thomas Glare is a freelance writer and an avid gamer who has written articles on various subjects such as finance, technology, politics, and even the arts. He is passionate about technology, and with blockchain technology gaining prominence in recent years, he has taken a keen interest in this subject.

3 Things to Know about the Live Casino World

Learn How to Speak Up for Yourself