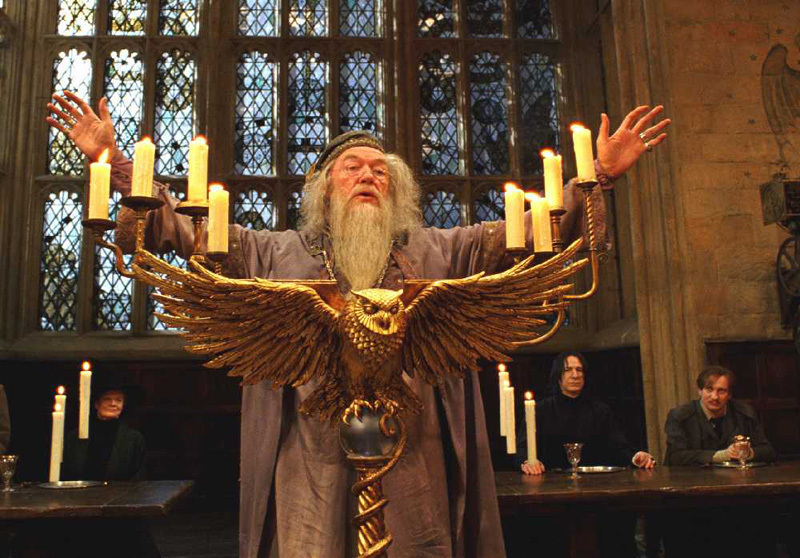 The rise of social media has brought about a heightened level of connectivity and interaction between celebrities and their fans. But like all correspondence that takes place via the Internet (and in general), not every person on the other end is nice. And sometimes, you have the misfortune of bagging yourself a crazy or two.

J.K. Rowling, author of the ultra-successful Harry Potter book series, is no stranger to receiving such craziness. Since her beloved books first started gaining the notoriety and popularity with fans of all age brackets, a rare trait for which they are so well know, the author has received hate mail a plenty from religious zealots who often claim that her Potter books, which are set in a secret underground world of witches and wizards, teach children about witchcraft and devil worship.

Back in 2007, Rowling added “homophobes” to her list of haters when she read the original script for the film adaptation of Harry Potter and the Goblet of Fire, in which zany Hogwarts headmaster Albus Dumbledore spoke briefly of a girl on whom he’d nursed a crush in his youth. Rowling quickly pointed out to the film’s writers that Dumbledore wouldn’t crush on any girl at any time in his life because he was in fact gay. Dumbledore, Rowling revealed, had only ever loved one person in his life, and that person was his best friend from his youth, a young man named Gellert Grindelwald. Grindelwald, longtime fans of the series will return, is first mentioned in Harry Potter and the Sorcerer’s Stone as a dark wizard that Dumbledore defeated in a duel—a victory that would gain him the renown in the wizarding world for which he was so well-known.

Recently, a self-proclaimed ex-Potter Head named Frank Fraticelli (whose Twitter handle is halfelven55ff) tweeted the best-selling author to tell her that his enjoyment of the series had promptly stopped once she stated Dumbldore’s sexual orientation.

“Once you revealed Dumbledore was homosexual I stopped being a fan,” Fraticelli said in his tweet. “Nice how u blindsided us with that one. Enjoy your billion $.”

In response to the homophobic message, Rowling replied, “I advise you to start following Brian Souter at once. He’s much more your kind of person.”

Souter is a Scottish anti-gay activist and staunch supporter of Section 2A of the Local Government Act. The section prevented local government from printing material that promotes homosexuality or promoting homosexuality in any way, shape, or form. It also referred to gay relationships as “pretended family relationships.” Thankfully, the bigoted legislature was repealed in 2000.

Following Rowling’s fire-back at Fraticelli, his fellow homophobic Twitter users flooded her page with messages laced with hate and bigotry.

But in the ultimate display of class, the author kept her cool and simply tweeted, “I want to thank all the people tweeting me lovely messages. Don’t worry about me—to paraphrase Albus Dumbledore…If you’re waiting for universal popularity, you’ll be on Twitter a VERY long time.”