While most of the world spent Friday night going out and getting a life, us Harry Potter fans were once again glued to our laptop screens. Yes, we’ve already read the “new” short story. In fact, we’ve read it so many times, we can quote lines off of it at the speed of a snitch. But for everyone who doesn’t know and still doesn’t have a Pottermore account for some ungodly reason (I mean, it’s completely free; you don’t even have to wait for days hunting the internet for a feather like we did), J.K. Rowling published a live blog about the ongoing (and unfortunately fictional) 427th Quidditch World Cup finale on the very aptly named Potter exclusive site, Pottermore. If you recall, this is also where the short gossip column on Harry’s grown up life had been made available for reading.

Following up on news from the wizarding world then, yesterday at approximately 1 pm EST, the London-based wizarding newspaper Daily Prophet‘s (fictional) journalists Rita Skeeter and Ginny Potter began posting real-time updates on the Quidditch match being held in Patagonia, much like muggles have been doing for their international soccer tournament. The teams who made it to the finale were Brazil (Rowling’s support for the muggle World Cup host?)  and Bulgaria (which is a real country, by the way) and most of the wizarding community able to afford it were there for the event.

This, of course, meant that notorious gossip columnist Rita Skeeter – who is well known for creating tabloid scandals on the good and honest – had plenty to write about. In her last column, she had NOT been very kind about the members of the Dumbledore’s Army, making snide remarks about everything including the married lives of Harry, Ron, Hermione, and Neville. Thus, the prospect of seeing how her colleague Ginny Potter reacts to Skeeter’s lack of professionality (read:  jibes, taunts, and nonsense) was already a big hook. You see, Ginny is not only the Prophet‘s sports correspondent but a former Quidditch player, wife of Harry freakin’ Potter, and a witch who isn’t afraid of using her wand. Cat-fight or not, though, one thing we could count on was the fact that this much longer piece was going to provide us with even more juicy details on the adult lives of our favorite Harry Potter characters, thanks to nosy Rita Skeeter’s annoying fixation with the Dumbledore’s Army. As you are soon to see, her reporting had little to do with the ongoing match and a LOT to do with “V.I.P. Box Two” where her “celebrities” were seated to watch the game. We, on the other hand, begin to wonder how she’s managed to keep her job this long. Guesses, anyone?

Ginny gives us a brief rundown on the players on each side and skimming through the rest (sorry, not sorry) we find out that yes, Viktor Krum is still Bulgaria’s star seeker. As the match begin’s, Skeeter (no surprise) begins her nasty writing immediately (we’ve been previously informed that she’s using her snaky green Quick-Quotes Quill because of course, this woman has no journalistic talent whatsoever). Albus, Harry’s second son, becomes beetle-bug’s first victim because unlike the rest of the family, he’s “sporting Brazilian green.”

Are we witnessing a very public, very ugly display of father-son rivalry? My colleague, Ginny Potter, who is sitting close enough to read everything my Quick-Quotes Quill is scribbling, informs me that Albus is a great fan of Brazilian Chaser Gonçalo Flores. That, of course, would be one possible explanation for this oddly public parade of familial dissent.

Ginny is faithfully reporting the match and but in all due honesty, it looks like we’re all going to be reading Skeeter more anyway. We’re pretty desperate, yes, and it doesn’t help that Skeeter is the one who’s writing Ginny’s replies as well. On the other hand, it seems pretty clear that Rowling is painting a good picture on the realities of journalism and consumer culture. No one has forgotten the harsh spotlight she came under post Potter-fame, and how details about her personal life were rudely exaggerated and then made public. All in all, friends, real Skeeters exist.

Here are some of the most interesting things we got to learn from the blog (read: SPOILER ALERT):

To read the full transcript, stay up-to-date with more HP-related news, and trade Chocolate Frog cards with me, try making a Pottermore account. I’ll be found there as the Ravenclaw, WillowStar204. For the lazy ones, a partial transcript is available here. Tch, tch. 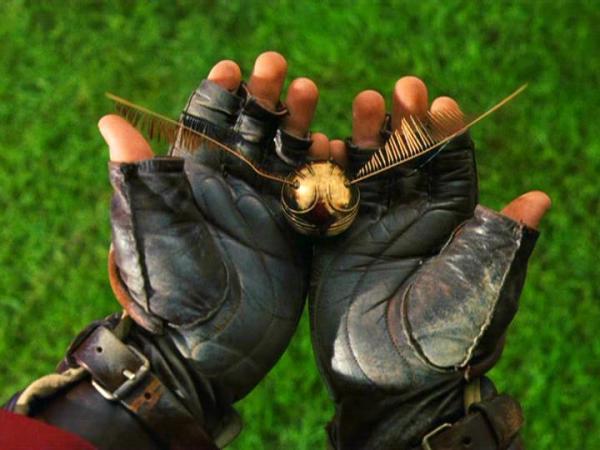