The iTunes 99 Cent Movie of the Week: ‘Shaun the Sheep Movie’ 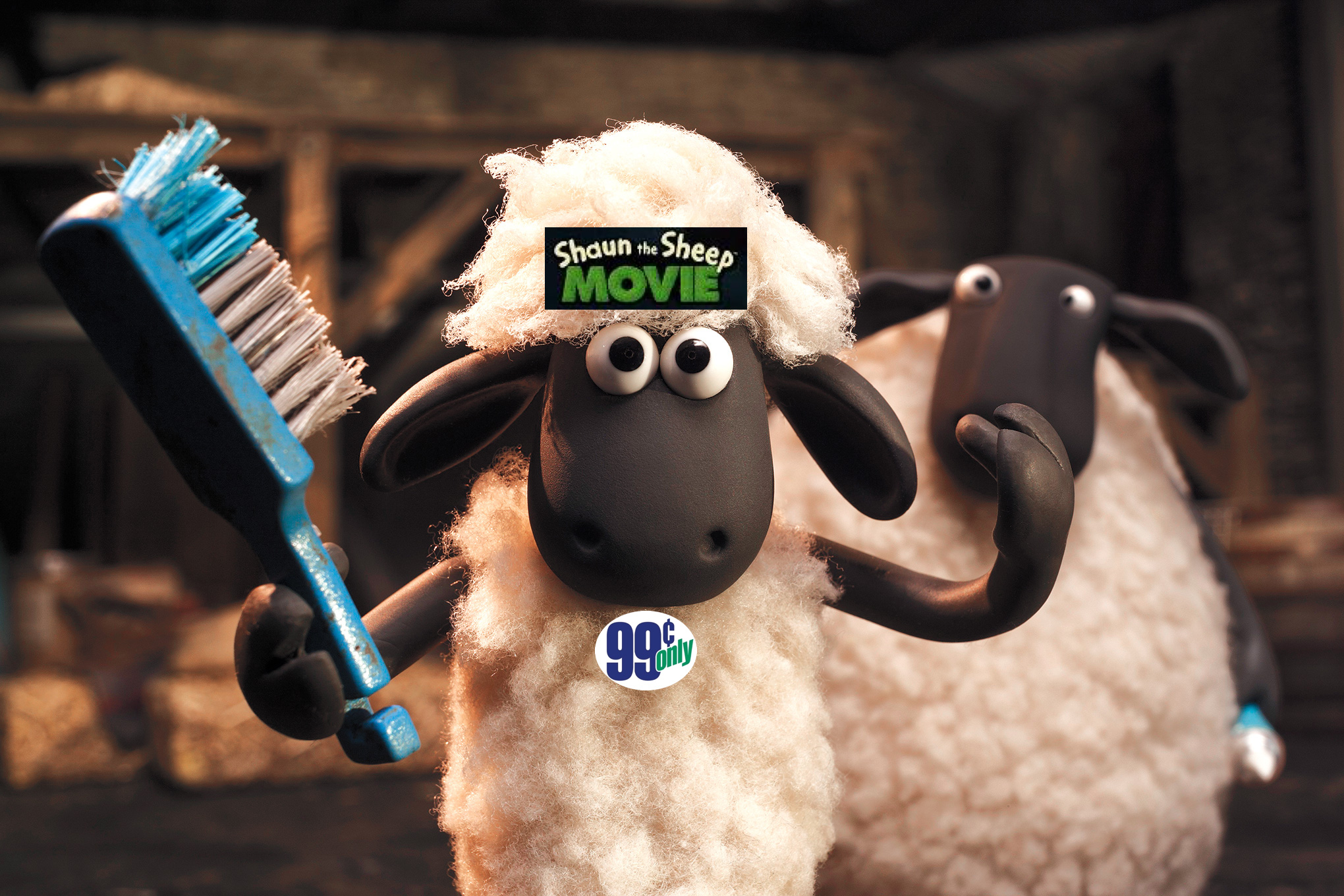 This week, an adventurous sheep named Shaun travels from the quiet English countryside to the bustling big city in Shaun the Sheep Movie.

Mossy Bottom Farm’s structured, quiet existence is all that a nameless Farmer and his loyal dog Bitzer could ask for. The same cannot be said for Shaun, the plucky leader of the farm’s sheep. After a decade or so of symbiotic farm life, Shaun decides that he and his herd could really use a day off. Enlisting the help of a savvy local mallard, Shaun and his crew hatch an intricate, hilarious plan to get Bitzer and The Farmer off their tails for a day. Of course, best laid plans never really are. Before Shaun & Co can enjoy more than a few moments of leisure, an unexpected mishap strands The Farmer in a runaway caravan on its way to the city. With farm-life turning to anarchy in The Farmer’s absence – thanks to some particularly nasty pigs – Shaun sets off for the city to find his master and restore peace to the farm. But he cannot do it alone. Soon enough, his flock-mates turn up in the city to aid in the search. Hilarity ensues as Shaun and his flock traverse big city streets, navigate fancy French restaurants and dodge a delusional animal control agent. If that sounds like your idea of a good time, then look no further than Aardman Animations‘ charming, exquisitely animated film Shaun the Sheep Movie. 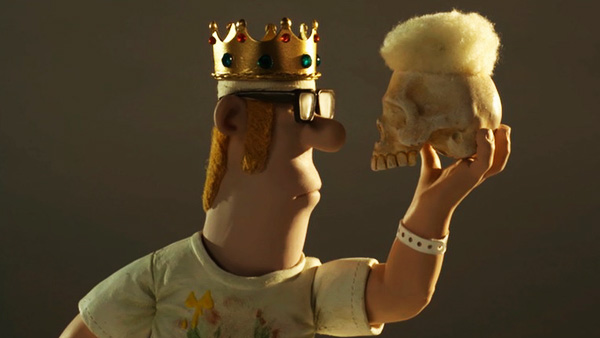 The Silence of the Sheep

The Shaun the Sheep Movie sprung from a British TV show of the same name – minus the movie part, obviously. Apparently, that stop-motion series is all the rage in the U.K. To be honest, I’d never heard of it before this movie turned up on StudioCanal’s list of 2015 releases. After delighting in Shaun the Sheep Movie‘s trailer – that called to mind the classic, stop-motion stylings of the Wallace & Gromit series – I still missed the film’s 2015 theatrical release. My loss, ’cause Shaun the Sheep is one of the best animated films I’ve seen in years. I hesitate to say much more about the plot or the film’s style. I’ll just note that the film is unabashedly silly and slapsticky. But it always manages to reign its silly factor in before it goes too far over the top. Of course, silly is in the eye of the beholder when it comes to a movie about a clever herd of sheep on the loose in the city. Damn if I wasn’t wholly entertained by Shaun‘s finicky brand of silly. And yeah, you have to respect when the silly sheep movie cleverly spoofs film classics like The Night of the Hunter (1955), The Shawshank Redemption (1994), The Long Kiss Goodnight (1996), and Inception (2010). Even Sesame Street gets an inventive shout out in this one. That’s all particularly impressive when a film features not a single line of dialogue – minus the occasional grunting.

That leaves Shaun’s story to be told entirely through action and music. With a soundtrack that features songs from Brit-Rock legends like Primal Scream and Madness, there’s no shortage of upbeat action – action that stems from six years worth of painstaking animation from the lunatics at Aardman Animations. If that name isn’t quite familiar, they’re the studio that brought you Chicken Run (2000) and the outstanding Wallace & Gromit series for roughly two decades. The folks at Aardman wisely enlisted two Wallace alums in Mark Burton and Shaun the Sheep creator Richard Starzak to bring the series to the big screen. The pair prove their mettle and then some. They open the film with a loving slideshow montage of early life on the farm with The Farmer tending to an adorable flock of baby sheep. As the slides continue, time passes. Sheep get older, and life on the farm never strays far from the prescribed regimen. That changes the second Shaun makes his move. From there, Burton and Stark up the energy and the stakes at every turn. As the story twists and turns – especially after the action reaches the city – the co-directors up the creativity as well. Honestly, if I got into details, it would all sound like a big, sloppy mess. So I won’t do that. I’ll just say that every joke in Shaun the Sheep Movie feels fresh, every set-piece arrives with awe-inspiring attention to detail, and every single moment of this film totters giddily between belly laugh and warm fuzzy. You owe it to yourself to experience this delightful tale of a little sheep in the big city. 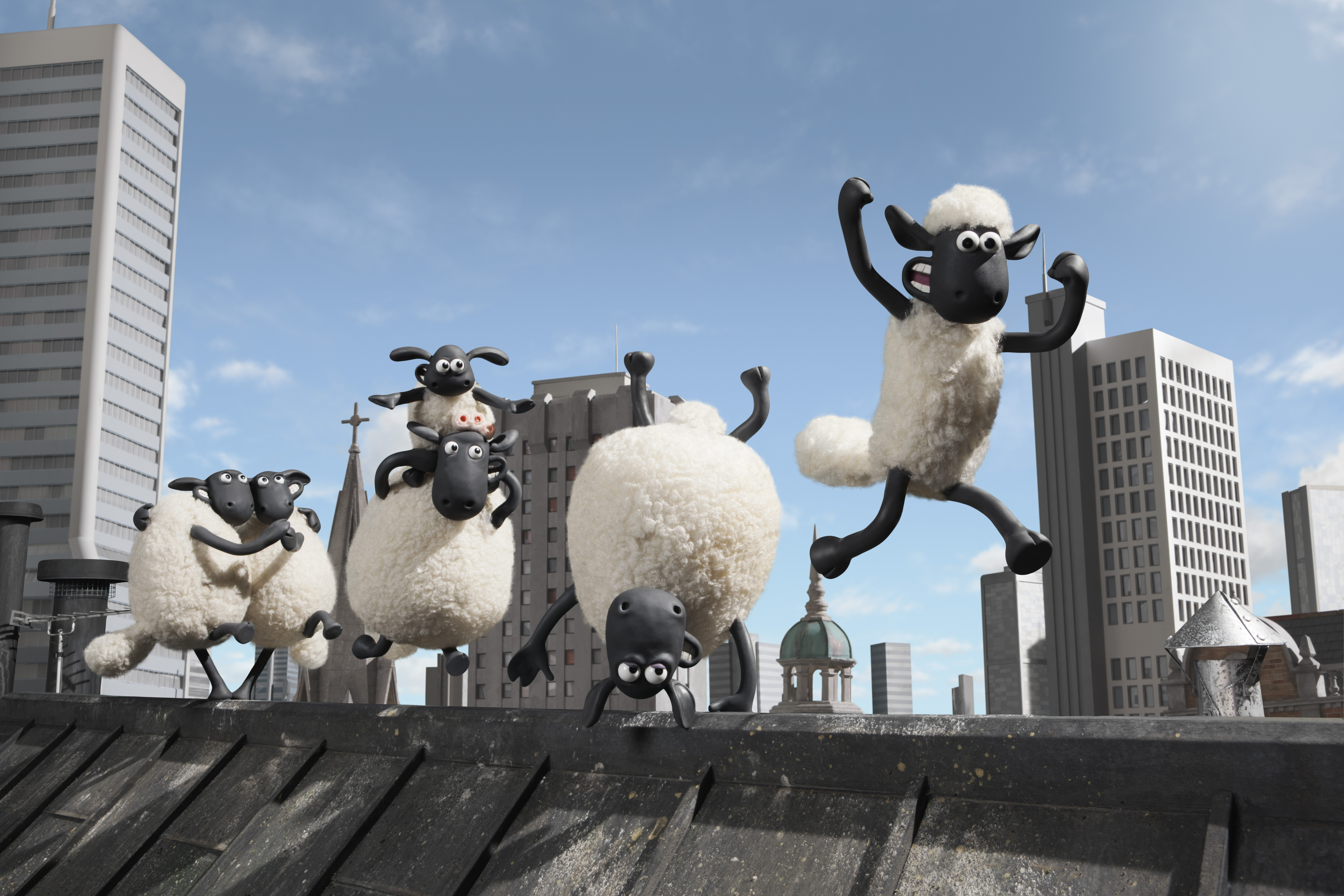 You bet. Any time the the crew at Aardman Animation Studios releases a film it’s worthy of a mad dash to the theater. If you failed to dash last summer, now’s the time to do it. Drop that $0.99 this week, sit back and give in to the endlessly charming Shaun the Sheep Movie. Whether you’re couch-timing with the family or just looking for 90 minutes of unflinching goofiness, you will not be disappointed. And when you’re done, you should totally head over to Netflix and watch Chicken Run. ‘Cause damn, that movie is hilarious.