Home Entertainment The iTunes 99 Cent Movie of the Week – ‘Pelé: Birth of a Legend’
Entertainment

The iTunes 99 Cent Movie of the Week – ‘Pelé: Birth of a Legend’ 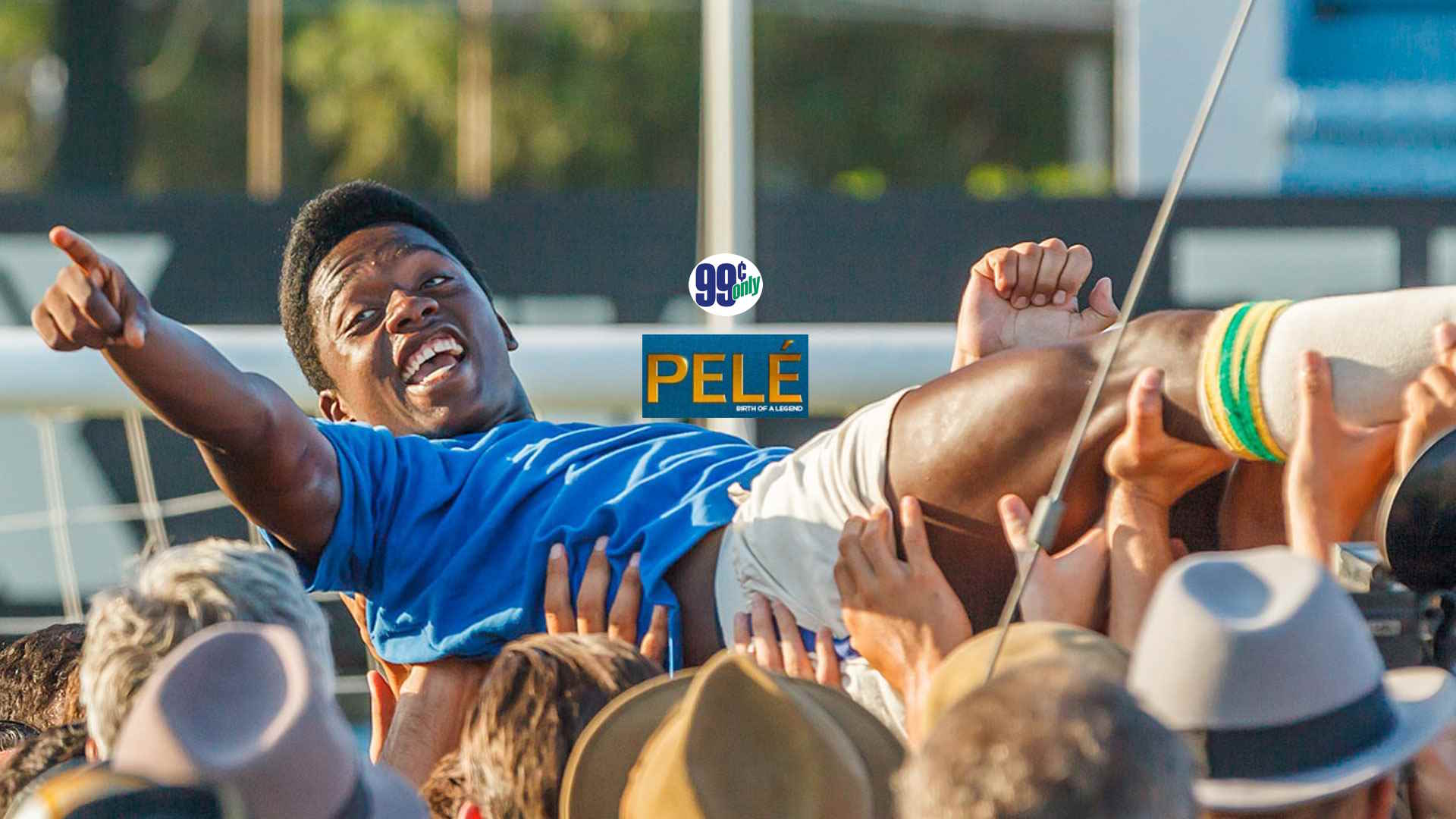 This week, we examine the rise of a soccer legend with Pelé: Birth of a Legend.

It All Started at the Beginning of the Sixteenth Century

Life in the slums of São Paulo, Brazil is not easy. Just ask Edson Arantes do Nascimento. His Janitor Father and House Maid Mother can barely keep a roof over the family’s head. Brazil’s National Team has just suffered a soul crushing loss in the 1950 World Cup. At just 11 years old, little Edson is even pulling his own weight as a shoe shiner. When he’s not going to school that is. Or running barefoot in the streets playing soccer with his friends. Little does Edson know that those friendly street matches – and their Ginga soccer style – hold the key to his own bright future, an iconic new name, and a struggling nation’s pride. So begins the meteoric rise of soccer legend Pelé. And Directors Jeff and Michael Zimbalist capture every second of that rise through the sappy, rose-colored lenses of Pelé: Birth of a Legend. When I say sappy … I mean straight from the tree bark sappy. And it’s dripping right from the film’s opening moments. 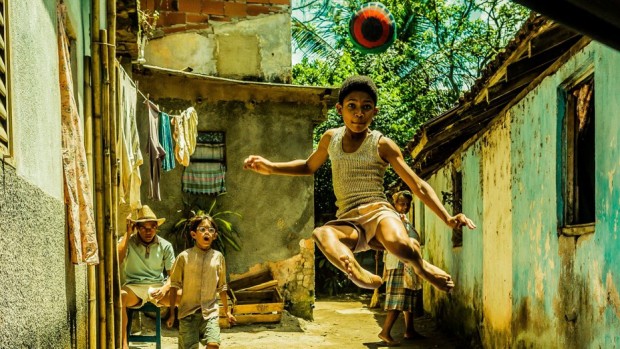 I Will Win a World Cup for Brazil. I Promise.

But a little sap is to be expected. Pelé: Birth of a Legend is a biopic, after all. And a sports movie at that. It’s almost unfair to tell a person’s life story without a little schmaltz. But a good storyteller knows when and where to draw the line. The Zimbalist Bros. are clearly not aware that there is one. They pack their fictional film debut with more loving closeups, teary dialogue, and overblown mood music than most Lifetime movies. And that’s before you get to the melodramatic flashbacks and side-steps into the mystical realm. In a web of ham-fisted emotion and misguided mysticism, The Zimbalist Bros. choke the life out of a compelling story about one man’s triumph against the odds. Not to mention the renewed national pride it spawned.

Still, The Zimbalist Bros. manage to set a near irresistible stage in those sappy opening moments. Following young Edson – he didn’t embrace the name Pelé ’til he was older – and his friends as they dodge in and out of São Paulo’s filthy side streets with no shoes and a ball made from dirty laundry, Birth of a Legend captures the boundless energy of youth with gritty flair. The first half hour of this film feels like a tougher version of The Sandlot (1993). But the screenplay never fully embraces that youthful charm. And the story quickly dissolves into biopic clichés of childhood drama. Poor but hardworking father – check. Caring but firm mother – check. Bratty kid brother – check. Bullied by a spoiled rich kid – check. Childhood guilt resulting from the tragic death of a friend – check. You get the idea. Of course, this film is based on Pelé’s real life. As the legend himself served as producer, it’s safe to imagine that most or all of these events happened. But they’re presented in such a checklist fashion that none of the events carry the weight they deserve. Right down to his remarkable World Cup triumphs.

But Birth of a Legend becomes unwatchable long before triumph sets in. The acting takes a nose-dive when the older version of Pelé (Kevin De Paula) takes over. Though it’s not quite fair to pin blame on De Paula. Birth of a Legend is his first acting gig. And it’s plain to see that he was cast more for his athletic prowess than his acting chops. Throughout the film, De Paula is far more comfortable with a ball at his feet than with another actor in frame. True to that, the film is far more alive when it’s focusing on the game itself. It’s Pelé that put the beautiful back in the ‘beautiful game’ after all. With Cinematographer Matthew Libatique in tow, The Zimbalist Bros. capture the film’s on-field action with a vigor and artistry befitting that tag. In these moments, we get a glimpse of the film that might have been. If only we could see it through all that sap. 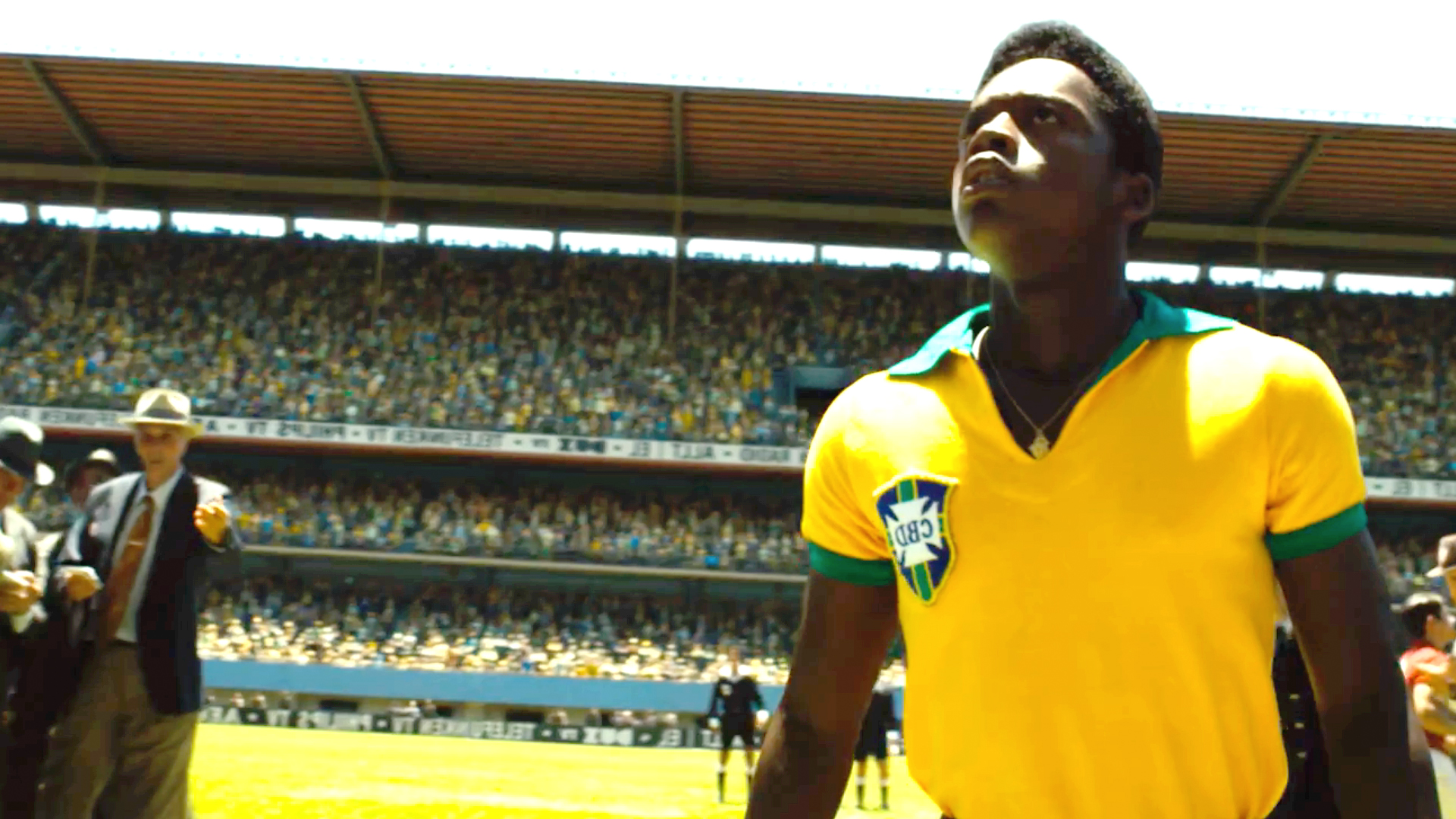 If you’re still not certain, then let me be crystal clear, Pelé: Birth of a Legend is a terrible movie. It’s sappy. And melodramatic. And altogether unsatisfying. And that’s a shame. Pelé was an electric footballer and remains a devoted humanitarian. His storied life deserves better than this. But I wasted an hour and 47 minutes of my own life story – not to mention $0.99 of my hard-earned money – on this dreadful film. Do not do the same. If you’re still stoked about Pelé and want to see the man in action, you might consider dropping a couple bucks on John Huston’s World War II action/ sports/drama Victory (1981). It’s hardly great cinema, but Pelé does his Pelé thing – and he’s at least serviceable as an actor. As he’s trading scenes with Michael Caine, Max Von Sydow and Sylvester Stallone. That’s no easy feat. And yes, Sylvester Stallone plays soccer in this film. That alone is worth the $2.99 rental price. Here’s a quick look. And dig that old-school trailer.

The Geekly Ramble: Geek Insider’s Weekly Roundup of the Weird, the Awesome, and the Just Plain “???”