Home Entertainment The (Other) iTunes 99 Cent Movie of the Week: ‘Hello, My Name Is Doris’
Entertainment

The (Other) iTunes 99 Cent Movie of the Week: ‘Hello, My Name Is Doris’ 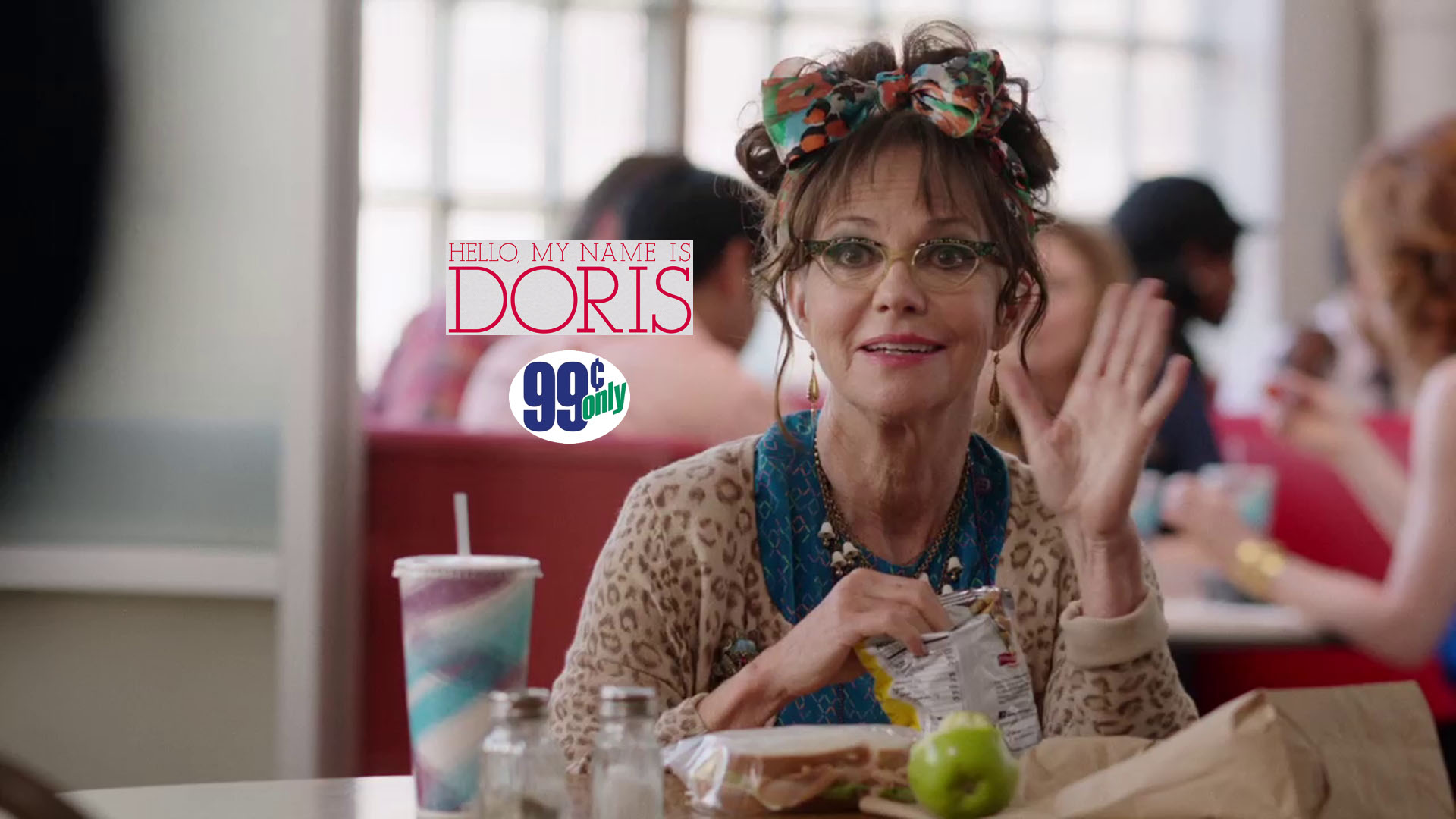 Okay, the main event this week is a sleazy little comedy called Dirty Grandpa. It stars Zac Efron and Robert DeNiro. I didn’t see this film in theaters because, well, I hated the title. And I hated the trailer. And I find Zac Efron incredibly boring. And lets face it, Robert DeNiro isn’t that far behind him at this point in his career. I really can’t justify spending even a dollar on that film. Luckily, the kids at iTunes always pick a little seen indie and make it available for the same low price. So …

This week, Sally Field trips the life hip-tastic while lusting after a much younger man in Hello, My Name Is Doris.

Life is not going as planned for sixty-something daydreamer Doris (Field). Decades of caring for her invalid mother have left her unmarried and slogging along at a thankless office job in the city. There’s also some compulsive hoarding and anti-social behavior to deal with. She’s on the verge of claiming ‘old maid’ status. And she knows it. But when her mother passes away, she finds a slew of new opportunities in front of her. And waves of new desires inside of her.

Those desires take hold when Doris meets her hunky new boss John (Max Greenfield). With a new can-d0 attitude (spawned from a self-help guru), Doris sets out to change her life and win the heart of the decades younger John. To do so, she’ll have to re-invent herself and wade through the fickle fields of hipster culture. But can her love erase the dramatic age gap? Can her passions overcome her fears? And is it ever too late to start living your own life? Those are the questions that drive Director Michael Showalter’s charming, heartfelt romantic comedy Hello, My Name Is Doris. 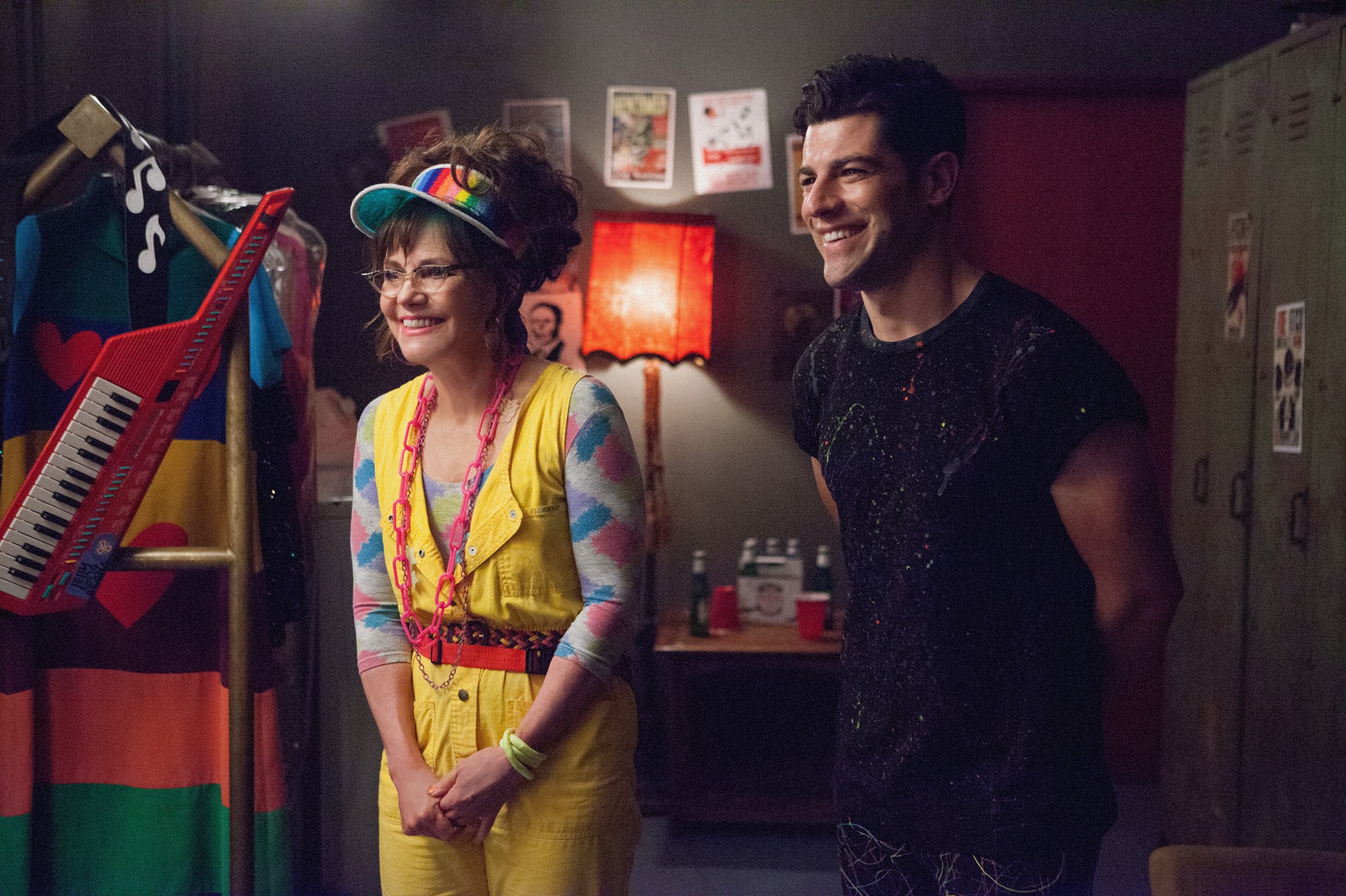 I Don’t Even Know Your Name, but You Set off a Fire Inside of Me

You probably know Michael Showalter from his acting gigs on the mid-90s MTV sketch show The State. Or from David Wain’s campy summer camp romp Wet Hot American Summer (2001). You might even recognize him from one of the dozens of cameos and bit parts he’s played over the past 20 years or so. If so, then you realize what a gifted and quirky comedian he is. But you may not realize that he’s been working behind the scenes on many of those shows and movies. He made his feature debut as writer/director/star of the fabulous but flawed rom-com The Baxter (2005). Hello, My Name Is Doris sees the funnyman taking his talents back to the big screen. But this time he keeps them focused behind the camera … and finds a beautiful balance between his quirky style and romantic sensibilities.

He owes much of that balance to the inimitable Sally Field whose illustrious career has been a tightrope walk between high camp and high drama. Field is one of the few actors around who is capable of keeping up with Hello, My Name Is Doris’ complex tonal shifts and campy flights of fancy. At 69 years of age, she walks that thin line with unfathomable grace. You’ll laugh as she bounces around at an indie rock show. You’ll cry when she speaks of a long ago near-miss with love. You’ll cringe as she manipulates the people around her to make a move on her would-be lover. And you’ll cheer when she tells off her self-serving brother and his shrew of a wife. Through every up and down, you’ll feel an urge to reach into the screen and give her Doris a big hug and tell that her everything will be alright.

That likability proves vital as Field is most responsible for the film’s laughs and its tears. And it’s a commanding piece of work from the actor. One that requires her presence in nearly every frame of the film. But frame for frame, Field never misses a beat – comedic or dramatic. And she turns in one of the finest performance of her career. Still, Hello, My Name Is Doris is more than a one woman show. Field is aided in her efforts by a flawlessly executed screenplay from Showalter and Laura Terruso. Not to mention a dynamite supporting cast that includes Tyne Daly, Peter Gallagher, Natasha Lyonne, and Stephen Root.

But no co-star stands taller than Max Greenfield as Doris’ oblivious object of affection. Shedding the loutish bravura that makes his New Girl character such tawdry bit of fun, Hello, My Name Is Doris sees Greenfield playing soulful straight man to Field’s daffy quirk machine. He proves a worthy counterpart and finds a natural feel for when to lead Field for a laugh, when to follow her into one, and when to let the drama flow.

Again, it’s the balanced approach that makes Hello, My Name Is Doris click. And it’s a film that you can view either as a romantic comedy with a side of drama or a dramedy with a side of romance. It really depends on what you bring to the table yourself. But that’s kind of how life is. At least that’s the way Doris wants to see it. 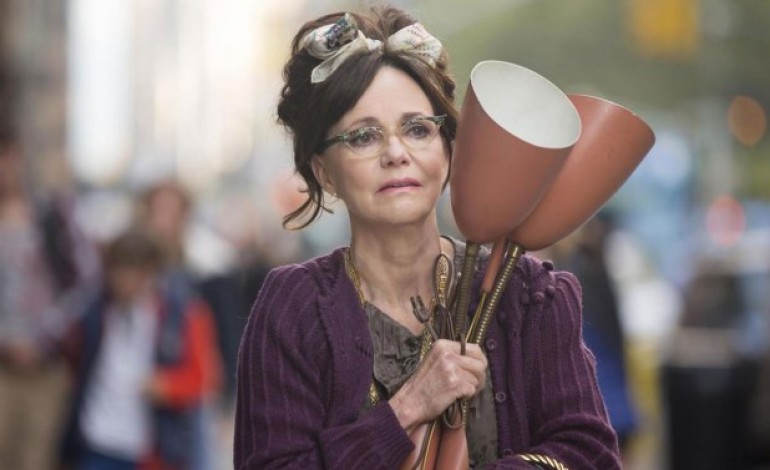 You bet it is. Look, we live in cynical times. And comedy (romantic and otherwise) has more than proven itself susceptible to that cynicism. But Michael Showalter has always found a way to be funny without being a cynic. And Hello, My Name Is Doris proves itself a warm and welcome addition to the comedian’s quirky oeuvre. It’s heartfelt without being schmaltzy. It’s quirky without being silly. Above all, it’s honest without being cynical. It’s also really funny. And it’s a potent reminder of what a truly unique talent Sally Field is. So drop that dollar this week and have a few laughs at the expense of the hard-hearted cynical world. Even if it’s only for 90-minutes or so.

‘The Great Wall’ at NYCC: Matt Damon Brings His Monster Epic to MSG