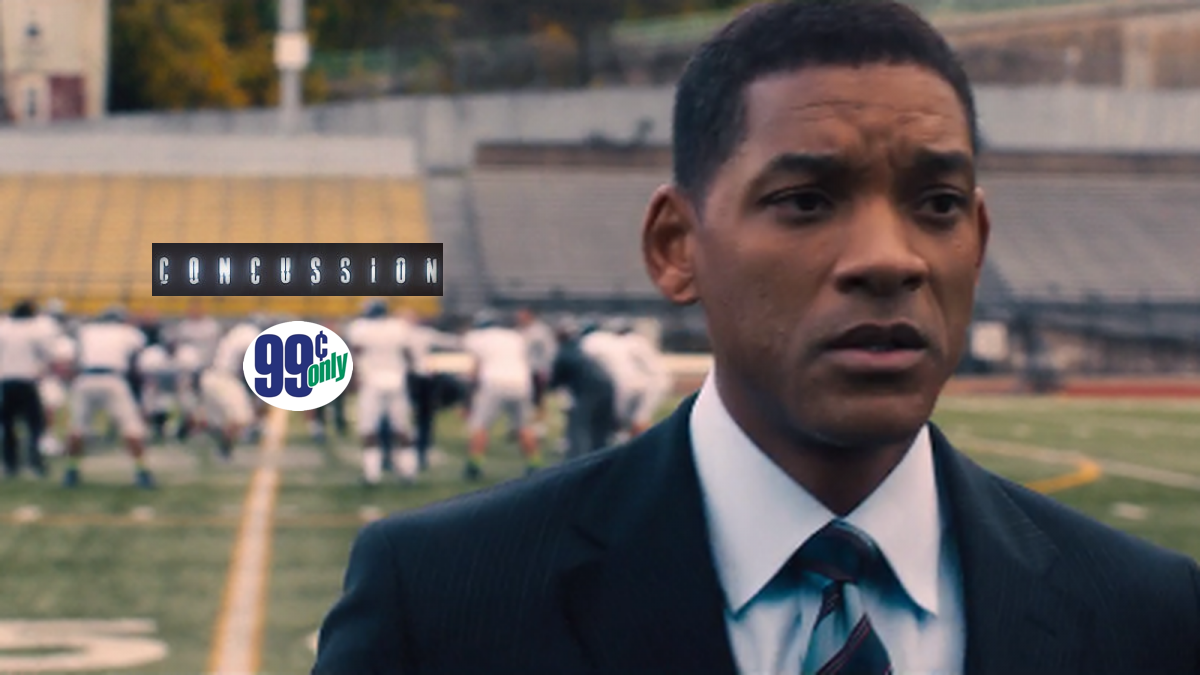 This week, Will Smith tackles the NFL in the name of science in Concussion.

I’m a Doctor. The Dead Are My Patients

Dr. Bennet Omalu is a good man. And a brilliant Pathologist. Both of those noble attributes get Omalu into trouble when the body of Pittsburgh Steeler legend “Iron” Mike Webster lands on his autopsy table. When the 18yr NFL veteran succumbs to a heart attack after years of mental decline, self mutilation, and drug abuse, nobody can understand what led to his tragic demise. Everyone understands how Webster died. Only Dr. Omalu asks why. It’s a question that leads Omalu to make groundbreaking discoveries surrounding the effects of head trauma and concussions. It also leads him down a rabbit hole of paranoia and fear mongering at the hands of a billion dollar corporation that does not want his discoveries to be known. That corporation is the NFL – who Omalu targets as chief offender. Somewhere in the middle, Bennet Omalu’s good intentions are tried and tested. And then tested again. But will the good doctor stay the course in the name of the truth? That’s the question at the heart of Writer/Director Peter Landesman’s Concussion. It’s also the question Landesman loses sight of throughout his film. His lack of focus takes an interesting real-life story and turns into a stilted, formulaic biopic. 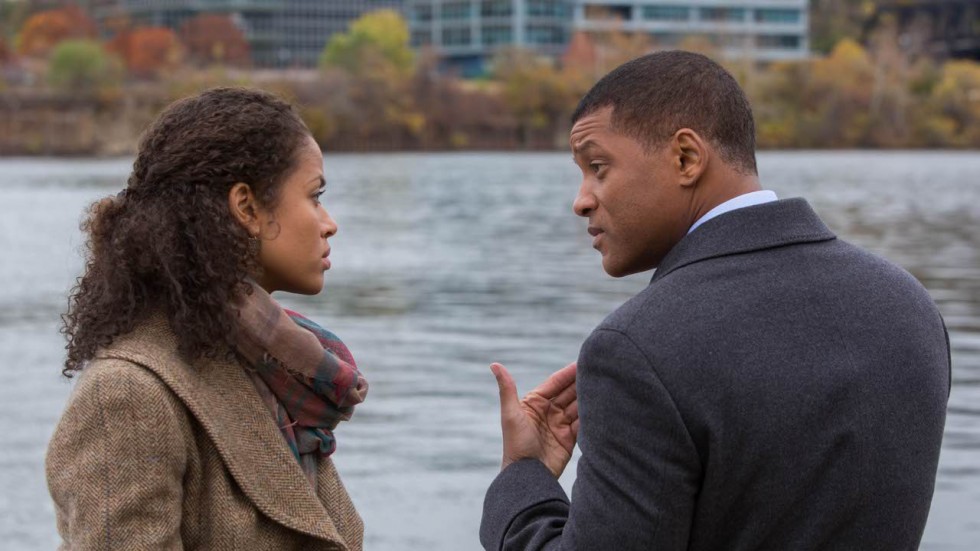 I Never Leave It Alone. That’s Why People Hate Me.

That’s not to say there’s nothing to like about Concussion. It’s a well acted film that sees Smith turn in one of his finest performances. Dr. Omalu is a complicated man who’s often tender, intelligent, and ferocious within the same moment. Throughout the film, Smith balances the many shades of the good doctor with measured grace – even if his Nigerian accent doesn’t quite hold up. More often than not, he saves Concussion from slipping into emotional schlock. It helps that the actor is surrounded by a terrific supporting cast led by Gugu Mbatha-Raw, Alec Baldwin, and the inimitable Albert Brooks. It also helps that Dr. Omalu’s story is a compelling tale of science, faith, intellect, and perseverance. Omalu’s dual roles as man of faith and man of science has endless potential for great drama. And for the first 45 minutes, Concussion delivers.

That’s a shame. Because Omalu the doctor is a far more interesting story. And Landesman’s film is bursting at the seams with thought and ideas and energy when it’s focused on that story. Watching a man study death or the human brain has never been this riveting. Landesman skillfully builds energy by keeping the action focused on science and discovery. And there’s a meditative ease behind Concussion‘s lab scenes that lends an air of authenticity to the story. Of course, that has a lot to do with the energy that Smith brings to the scenes. His Dr. Omalu is a man utterly alive when he’s on the cusp of discovery. Even more so when he’s defending his findings to the NFL. And once that billion-dollar corporation is involved, Concussion appears to be headed the way of a murky, paranoia-fueled thriller. But it never quite gets there. In all honesty, it probably doesn’t need to either. That’s not exactly the way Dr. Omalu’s story played out. But you have to wonder why Landesman would lead his film that way only to undercut it with a sappy, melodramatic take on Dr. Omalu’s personal life. That life has had its share of drama, without question. But it hardly feels like the story that Concussion wants to tell. And it’s certainly not the story that Dr. Omalu deserves. Here’s the thing, Concussion is not a very good movie. It’s poorly written, poorly executed, and any ambition to high drama falls flat as a result. But the science is fascinating. And it’s important. People need to know this information. Especially if you have children playing football. Or children who want to play football. Even more so if you’ve ever played the game yourself. So if any of those qualifiers apply to you, spend that dollar this week and get yourself educated. If not, well, you won’t find much to cheer about with Concussion. Save that dollar and see if you can’t put it toward a movie with a little more spine. And if you really need Will Smith to be in that movie, give Ali (2001) a shot. That’s the film that saw Smith become an actor. It’s still the benchmark for his acting career. And it’ll only cost you $3.99. Enjoy!