The iTunes 99 Cent Movie Rental Of The Week: ‘Big Eyes’ 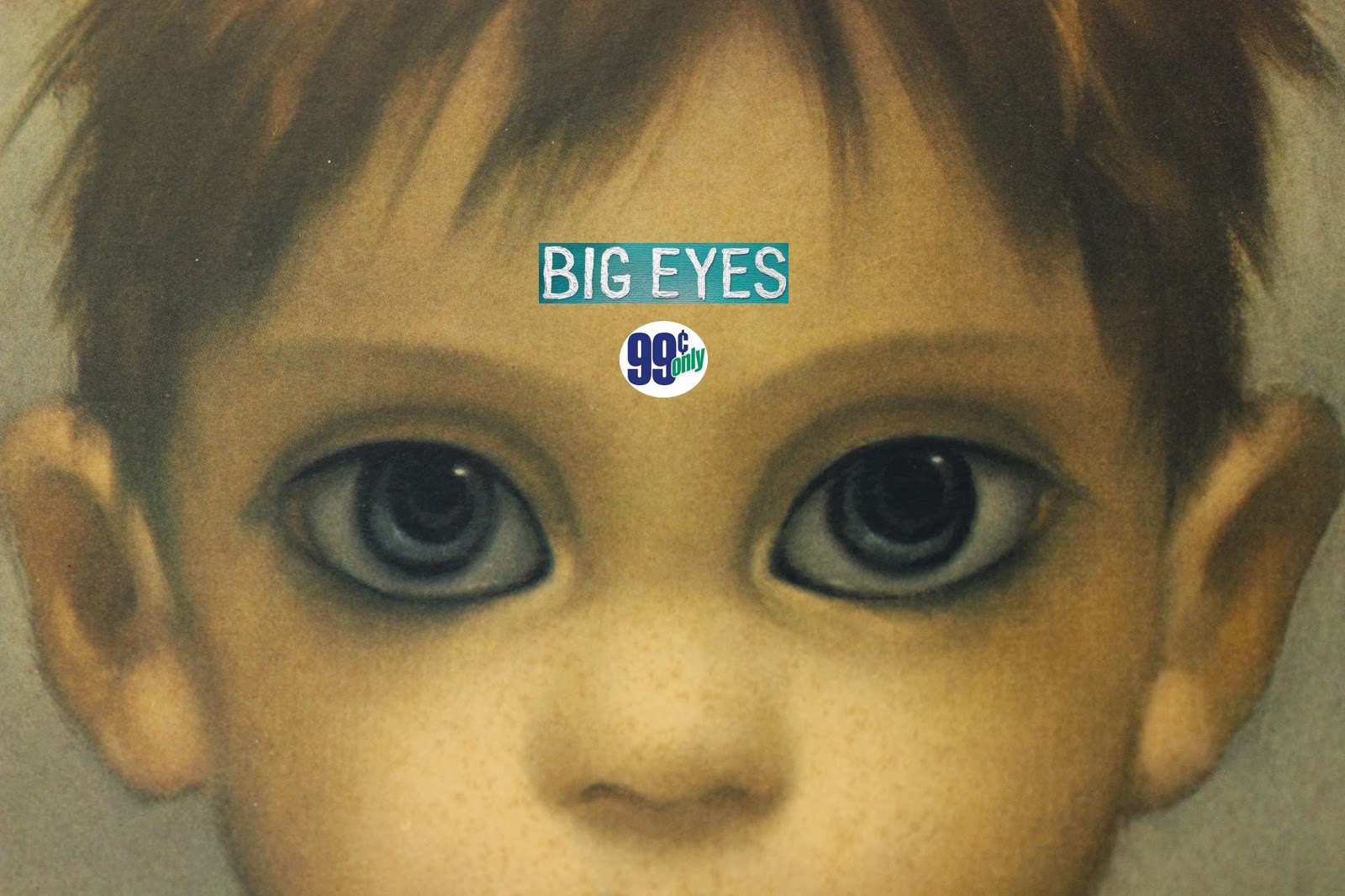 This week, Tim Burton examines the fine line between art and kitsch through the oversized ocular organs of Big Eyes. 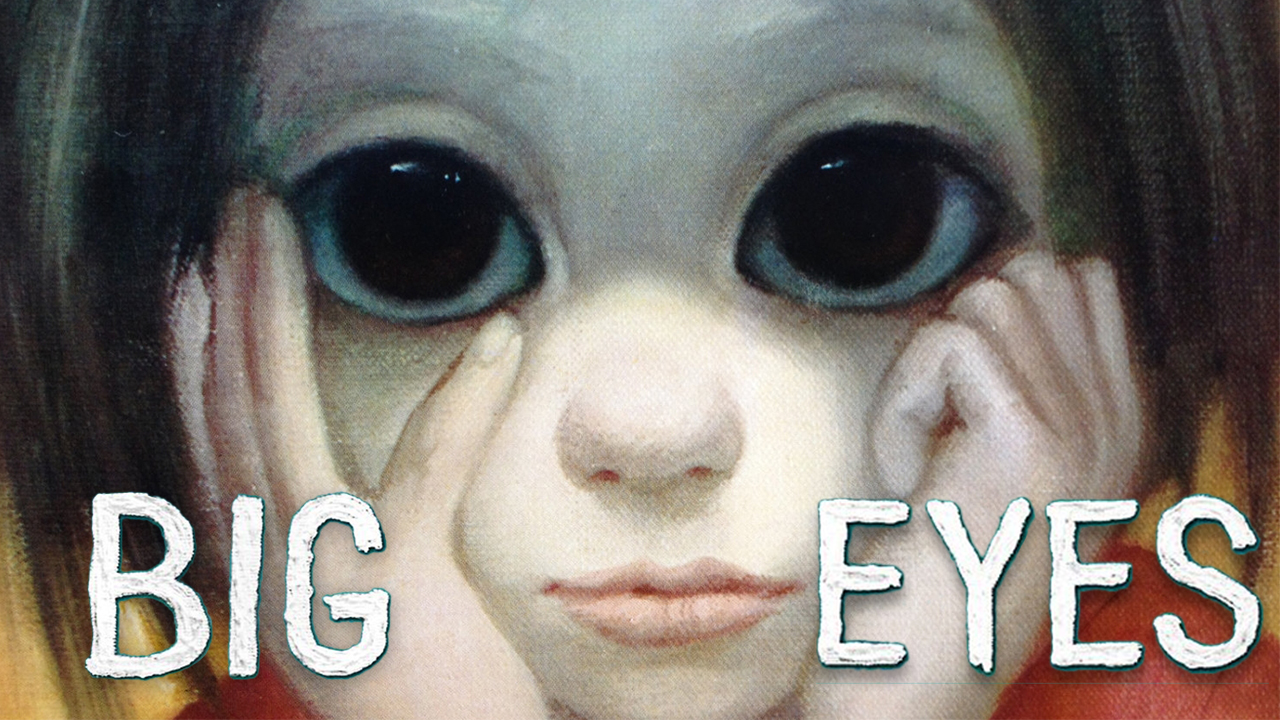 The ’50s Were A Great Time…If You Were A Man

We meet Margaret (Amy Adams) as she’s packing her bags and walking out on her husband. With her young daughter Jane in tow, it’s almost an afterthought that Margaret has packed a suitcase full of paints and brushes. Leaving their mundane life far behind, Margaret and Jane head for the swinging confines of San Francisco’s North Beach neighborhood. In the land of Beat, Margaret promptly falls in with smooth-talking lothario, Walter Keane (Christoph Waltz). Romance ensues as they bond over art and painting and Margaret is naively ensnared in Walter’s world. With star-glazed eyes, Margaret overlooks Walter’s seemingly innocent deception about how he makes a living.

Desperate to make it as an artist, Walter begins exhibiting his hackneyed scenes of Paris streets and Margaret’s titular waifs in the back hall of a jazz club … right next to the bathrooms. Margaret’s work begins to sell. When an adventitious bit of publicity lands Walter on the front page of the local paper, people suddenly line up to buy Margaret’s paintings. Only not. Convincing Margaret that, “people don’t buy lady art,” Mr. Keane claims credit for her work and makes himself a celebrity. Coupling Walter’s business acumen and larger than life personality with Margaret’s artistic vision, the Keane art empire begins. As business grows, so do the lies. Soon enough, the intricately constructed mythos surrounding Walter threatens to eclipse Margaret completely.

Set to the technicolored backdrop of 1950s America, Big Eyes tells the story of a woman, artist, and single mother finding her voice in a time when such things were not allowed. Slickly produced but blandly executed, Tim Burton’s film fails that story on every level. 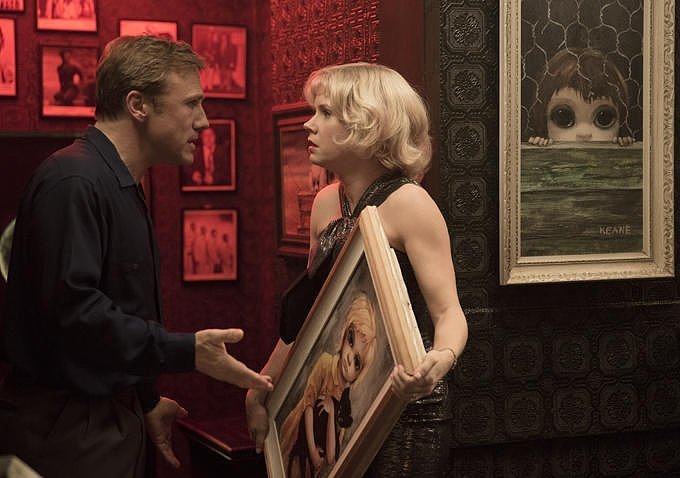 “That Sounds A Bit Confusing”

Having spent much of his career lovingly lampooning (and fearing) homogeneous suburban lifestyles, Burton should feel right at home amongst the neatly trimmed yards and pastel-coated houses that dominate the lush landscape of Big Eyes’ opening moments. Sadly, the maudlin auteur doesn’t have time to linger in the intimate environment. Scott Alexander and Larry Karaszewski’s script is in such a hurry to get to San Francisco (who can blame them) that they neglect to tell us anything about Margaret’s life prior to her leaving it behind. Only glimpsing the house (and never even seeing the husband), voice-over tells us that both were oppressive. We have to take that news purely on the word of the narrator and that hardly seems fair to Margaret’s story. Alexander and Karaszewski might easily have fixed this problem with one scene of the burgeoning artist painting in a spiritless home studio, her husband crudely dismissing her talent. Instead, we get lazily written exposition. For all of its ambition in examining Margaret’s entire artistic life, Big Eyes fails largely because we never get the entire story.

Big Eyes marks the second time Burton has worked with Screenwriters Alexander and Karaszewski. Their previous collaboration, Ed Wood (1994), elegantly balanced Burton’s visual style with compelling insight into one of film-history’s most enchanting figures. That film remains Burton’s strongest work. You can feel the team desperately attempting to recapture Ed Wood’s melancholy sense of bliss in Big Eyes. The story of outsiders in the art world seems perfectly suited to Burton’s own misfit sensibilities. Keane’s art even fits snugly into Burton’s own visual language. Oddly, Burton (save for an inspired scene of real-world big eye madness) abandons any sense of visual or emotional flair in telling The Keane’s fantastically tall tale. The straightforward, optically lifeless film feels an awful lot like Burton trying to fit in. Beginning Big Eyes with a quote from Andy Warhol about how Keane’s art “must be good because so many people like it,” feels like Burton himself is on the defensive. Given that Keane’s Big Eyes paintings ultimately fell on the side of kitsch where the art world was concerned, Burton may be defending his own affection for Keane’s paintings (he owns several). He may be defending his sloppy film that tells Keane’s wild story. He might even be defending his own body of work for the past decade or so. Lots of people liked the atrocious Alice In Wonderland (2010), after all.

The tragedy of it all is just how much talent was wasted making Big Eyes. Composer Danny Elfman, Cinematographer Bruno Delbonnel and legendary Costume Designer Colleen Atwood all fail to bring anything unique to the table. Burton further wastes the talents of actors Jason Schwartzman, Kristen Ritter, Jon Polito and the indomitable Terence Stamp. Only Danny Huston makes the best of this bad situation as a sleazy journalist … but then he had to read that woeful voice-over. Let’s not leave out Amy Adams who plays exactly one note in this film and offers no insight to Margaret Keane’s motivations or desires. Opposite Adams, Christoph Waltz plays too many notes as Walter. His silver-tongued ladies man turns to sad-sack boozehound before further devolving into an ego-consumed maniac by way of Jack Nicholson in The Shining (1980). At least he aimed high. Believe it or not, Adams and Waltz are well cast in this film. Had they received any motivation from Burton (visual or emotional), Big Eyes may well have succeeded. In the end, it’s just a big, cold movie about people selling out. Until they decide not to. Let’s hope Burton is listening to his own message. 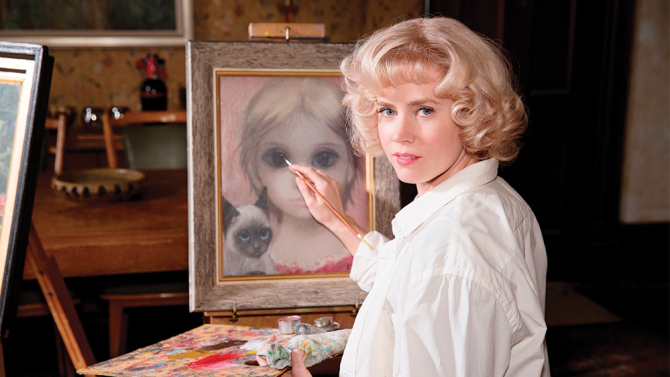 Not even close. Bland visuals, underwhelming performances, and a cheaply sentimental script make Big Eyes well worth skipping this week. Save your money and put it towards a more rewarding cinematic experience … like an Ed Wood – Sleepy Hollow (1999) – Big Fish (2003) Burton-athon. All in, that would cost you about $9 at iTunes (and about 6 hrs of your life), but damn would it make for some marvelously rewarding couch time.

Of course, if you have less time on your hands this week, you could always just put this on repeat: