Home NewsEntertainment The iTunes $0.99 Rental of the Week: John Wick
EntertainmentTV and Movies 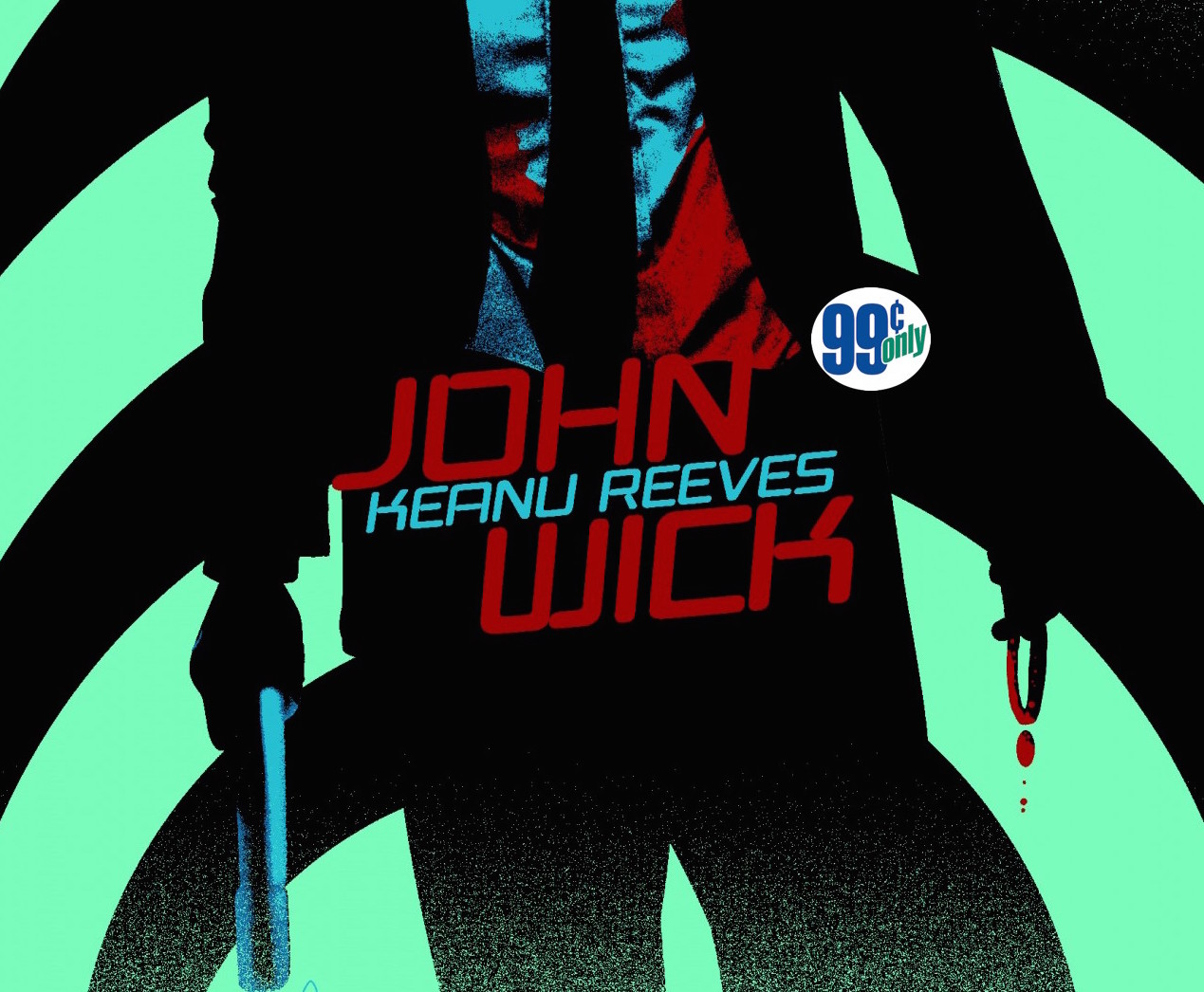 Happiness is a warm gun indeed in this week’s offering, the Keanu Reeves revenge thriller John Wick.  Usually, I would take a little time here to break down the plot for you, but there’s just not much of a plot to John Wick.  I’ll simply say that John is a man in grieving when he is assaulted by spoiled-brat mobster’s kid Iosef (Game of Thrones star Alfie Allen who is quickly cornering the market in utterly hateable characters).  Turns out Wick is a man with a past, and he spends the rest of the film unleashing his wrath on the Russian mob.  And that’s actually way more information than you will need to enjoy this big, stylish, tongue-in-cheekly dumb action flick.

Directed with a surprising level of confidence from first timer’s Chad Stahleski and David Leitch, John Wick pulls no PUNches in the action department, which is a good thing with so little story to go on.

Reeves plays Wick as the ultimate badass who doesn’t talk much.  He has a backlog of tough guy stories like killing 3 men in a bar with nothing but a pencil.  Tough guys do tough things and that’s the sort of story we are in.  Sadly, we do not witness said pencilcide, though we do see him rampage through home interiors, NY clubs, hotel rooms and finally the harbor district laying waste to an endless stream of nameless enemies in a rash of wildly creative violence. We also get plenty of gun and knife play and tons of intricate martial arts work from Reeves’s Wick, who apparently learned Kung Fu (or Judo as it may be) without the help of a computer program.

It’s no mistake that I’m referencing The Matrix as there is certainly an influence from that film here.  Co-director Stahleski was Keanu’s stunt-double on that film and it’s largely forgettable sequels.  Star and director are not re-inventing the wheel and that’s just fine.  Reeves clearly has a passion for martial arts (he reportedly did about 90% of his own stunt work) and Stahleski clearly has some practice at staging action. Their passions bleed through in each escalating action scene and add a small sense of authenticity (people actually run out of bullets!!) to this sublimely ridiculous world full of guns, muscle cars and even more guns.  Seriously…lots of guns.

Speaking of the world, Directors Stahleski and Leitch have managed to put together a fairly interesting one in John Wick.  Populated with gangsters and assasins who all hang out at the same criminal-friendly bars and stay at the same criminal-friendly hotel, there’s a lot of little details that set John Wick apart from most action films.  Interesting in particular is the gold coin system in which these unsavory characters trade services, though this particular detail feels a little video-gamey.

Supporting characters can make or break a fictional world and John Wick sports some of the best character actors around in Willem Defoe, John Lequizamo, Dean Winters and the wonderful Lance Reddick (god I miss Fringe) to populate it’s gun-happy environment.  Their performances bring a sense of authenticity to John Wick and make you feel like the world they populate is a little less silly because they are in it.

And Taking A Moment To Breathe

What sets John Wick apart for me is also what sets it apart from most of it’s action contemporaries…the ability to shut the f**k up and take a moment to recover.  Sure there’s lots of gunfire and a loud, techno-rock soundtrack to boot, but there are also really effective moments with no dialogue and almost no soundtrack to speak of.  More than just a moment to catch our breathe, this down-time allows us to see that John Wick may well be a man trying to find some peace, even if he has no idea how to do that.

Reeves and his Directors have tagged Jean-Pierre Melville’s 1970 masterpiece Le Circle Rouge as a large influence over John Wick, particularly the 25 minute heist that Melville executes dialogue free.  It’s a fascinating choice and gives John Wick some lofty aspirations.  The first 10-15 minutes of Wick are virtually dialogue free and probably the most effective moments of the film.  John Wick doesn’t quite match the art of Melville’s film, but it’s also not really trying to.  This is especially true in the last 20 minutes or so when the soundtrack takes over and becomes a character of its own.

Too often, action movies forget that people are actually watching them and just focus on blowing stuff up.  I found it quite refreshing to have a moment or two to breathe throughout this film and I found myself engaging with each new action scene in a different way because of them.

So yeah, go ahead and drop $0.99 on John Wick this week.  I don’t usually go for big, dumb action movies myself, but John Wick is better than most and quite often a lot of fun.  If you’re looking for something with a little more brain or a little more…French, you can also download Le Cercle Rouge for a paltry $3.99 and have a kick ass double feature for under $5.  Here’s a little taste of that film if you’re interested.