The iTunes $0.99 Movie of the Week: ‘Personal Shopper’

This week, Kristen Stewart communes with troubled spirits both live and dead in Personal Shopper.

Lewis, Is It You?

Reeling from the untimely death of her twin brother, Maureen (Stewart) spends her days wandering aimlessly around Paris. She rides her scooter, she smokes … a lot, and she shops the best boutiques for her fashionista boss. She also searches desperately for a post-life signal from her brother. Her search takes an unexpected turn when a cryptic entity contacts her through text message. Is it the spirit of her brother reaching out? Is it a cruel soul toying with her emotions? Or is it something far more sinister? Those burning questions steer the narrative in Olivier Assayas’ ethereal mystery, Personal Shopper. 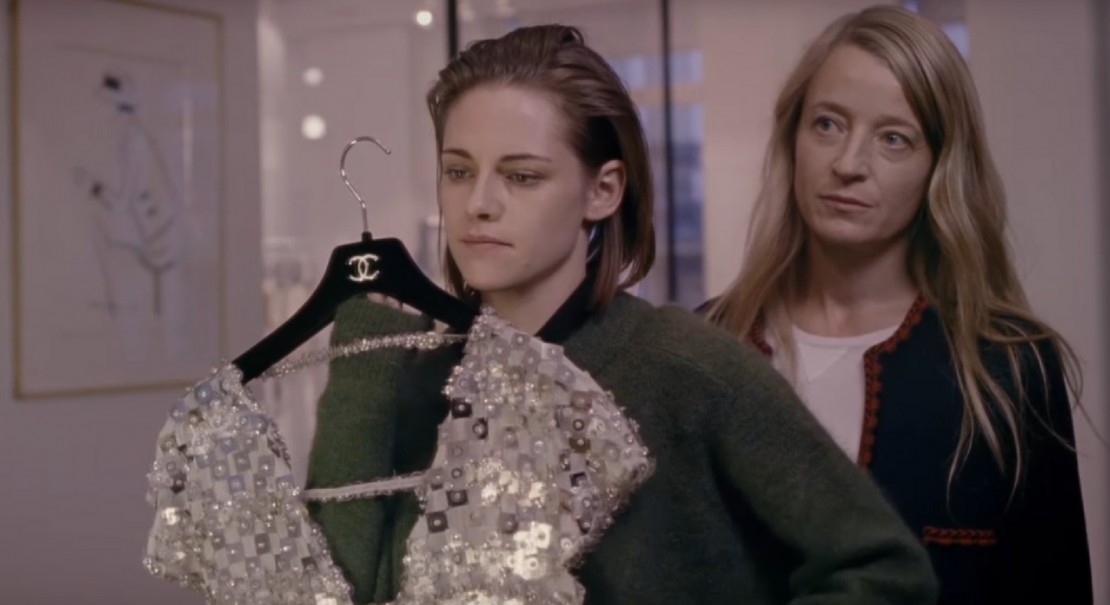 Or Is It Just Me?

That synopsis might have some of you scratching your heads, so I should start by telling you Personal Shopper is a film that’s virtually impossible to classify. It’s sort of a horror movie, except that it isn’t. It’s part detective mystery and part psychological thriller, but it’s hardly a thrilling detective story. There’s a distinct supernatural element to the action, but it’s not a ghost story in any traditional sense. I suppose if you needed to pin the film down, you could say that Personal Shopper is a stark, emotional drama about grief, modern isolation and (to a certain extent) high fashion … but somehow that doesn’t quite cover it either.

With all of those differing elements at play, it would be easy to imagine Personal Shopper as a jumbled little film with no clear narrative. And yes, with so much going on in the story, Personal Shopper probably should be a mess. It isn’t. Far from it, in fact. Meticulously paced, beautifully scripted and elegantly executed, Personal Shopper is that rare film that sees a director spin a singular cinematic vision from a seemingly kitchen sink sort of concept.

It helps that the director in question is the incomparable Olivier Assayas. If you’re familiar with his work (Demonlover, Clean, Boarding Pass, Carlos, The Clouds Of Sils Maria, etc.) then you know he’s got a long history of building compelling films that are grounded in real world, real people narrative elements. You also know that he’s got a distinct knack for compounding those narratives with pseudo- mystic/metaphysical details. Without spoiling those details in Personal Shopper – you really should go into the film with as little information as possible – let’s just say that he went all out on both fronts with … and crafted a wholly unique, deeply satisfying film in the process. One that’s bolstered by what is destined to become the defining performance of Kristen Stewart’s adult career. Seriously, she’s that good.

You bet it is. I’ll try to say this as plainly as I can – I saw Personal Shopper in theaters a few months back. I haven’t stopped thinking about it since. I was more than happy to drop another buck to experience it again. Having seen it a second time, I’m pretty sure that I will not see a more emotionally immersive film the rest of the year. It’s almost criminal that iTunes is offering it up for just $0.99. And you’re an absolute sucker if you don’t take them up on the offer. Got it?

September Movie Preview: A Chill in the Air and a Scare in the Theater