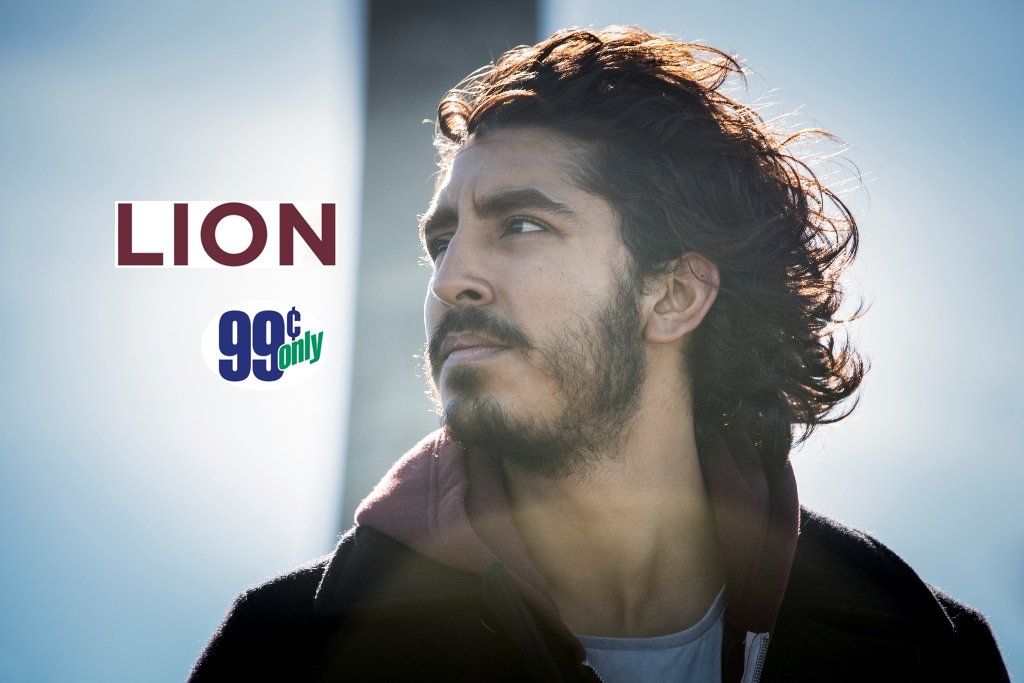 This week, Dev Patel makes a long journey home in the ‘based on a true story’ drama Lion.

While traveling with his older brother, young Saroo (Sunny Pawar) finds himself lost on a train that takes him over a thousand miles away from his rural India home and his loving family. Adrift and alone on the streets of Calcutta, Saroo struggles to survive – and to find his way home – until he’s adopted by a caring Australian couple. Despite his fortunate upbringing, adult Saroo (Dev Patel) is haunted by his tragic past and consumed by a need to find his family. Armed with little more than blind dedication and Google Earth, Saroo sets out to do just that in Garth Davis’ stirring drama Lion.

And I Have to Go Home

There was a rash of biopics and ‘based on a true story’ dramas released over the last year or so. Some of them (Neruda, Christine) were extraordinary. Others (Hacksaw Ridge, Florence Foster Jenkins) … less so. Garth Davis’ Lion falls somewhere firmly in the middle. As a drama, it’s a little too manipulative to for its own good but as a film, it’s too well made to be ignored.

Like most ‘true stories’, your reaction to Saroo Brierley’s journey depends entirely on how much you’re willing to give yourself over to the material. That material opens in rural India circa 1986. It winds down in exactly the same place. What happens in between is a harrowing, globe-trotting tale of survival and perseverance that would seem impossible if it hadn’t actually happened. And yes, you will be inclined to give yourself over to it.

I’ll spare you most of the details of Saroo’s journey. Part of what draws you into the film is watching how innocently the tragedy unfolds. Without spoiling much, I’ll just say that early on, Saroo accidentally finds himself on a train. That train takes him someplace where a language barrier – and a five-year old’s memory of his village – prevents him from finding his way home. We spend the entire first half of Lion watching Saroo as he tries to survive on the streets of Calcutta. Davis crafts a stark, unforgiving landscape for little Saroo to wander. And newcomer Panwar proves an able guide through that landscape. His disarming smile and wounded eyes simultaneously capturing the youthful innocence and wearied soul of a child that’s seen too much too quick.

That Saroo eventually lands in an orphanage seems miraculous in this real world tragedy. So too does his adoption by saintly Aussies Anne and John Brierley (Nicole Kidman and David Wenham). The second half of Lion begins with Saroo being shipped off to Tasmania to live with his new family. Davis quickly jumps the action ahead twenty years and catches up with Patel’s adult Saroo. Disarming smile and wounded eyes still dominate his handsome face … only now they carry years of anguish with them. Though he’s led a happy life, that anguish seems ready to tear Saroo apart. Lion‘s second half is driven by the man’s relentless search for the home he lost and the family he can never forget.

Whether you already know how that search ends or not is almost irrelevant. Between Panwar’s youthful exuberance drawing you into the story and Patel’s soulful gaze drawing you through, you’ll still be deeply moved by its outcome. With powerful performances from stalwarts like Nicole Kidman and Rooney Mara, you’ll even be invested in how it impacts every single character on the fringes. Kidman in particular brings visceral, emotional resonance to the story as Saroo’s adoptive mother.

And watching Lion is often a visceral experience. One that’s driven by love and loss and a quest and discovery. One that’s bolstered by Greig Fraser’s astonishing cinematography and a gut-wrenching original score from Dustin O’Halloran and Hauschka. And one in which first-time Director Davis assembles all of those elements with a skill that belies his age and experience. Piece by piece and moment by moment, he’s crafted a film that digs deep, holds tight and will likely have most viewers on the verge of tears throughout if not openly weeping by the time the credits roll. Look, the cynic in me wants to tell you that Lion is a good fifteen minutes too long. That the film spends too much time on Saroo’s journey away from home and not enough on his journey back. And that Garth Davis too often leads that journey into melodramatic territory. But I think we can all agree that there’s enough cynicism in the world right now. The truth is that for all of its faults, Lion is an extraordinary tale of human perseverance and triumph. One that every cynic needs to experience. That you can do just that for just one dollar is a gift. One that you should accept with the open arms of a long-lost mother.

Netflix in July: Everything Coming and Going