Home NewsEntertainment The iTunes $0.99 Movie of the Week: ‘The Edge of Seventeen’
EntertainmentTV and Movies 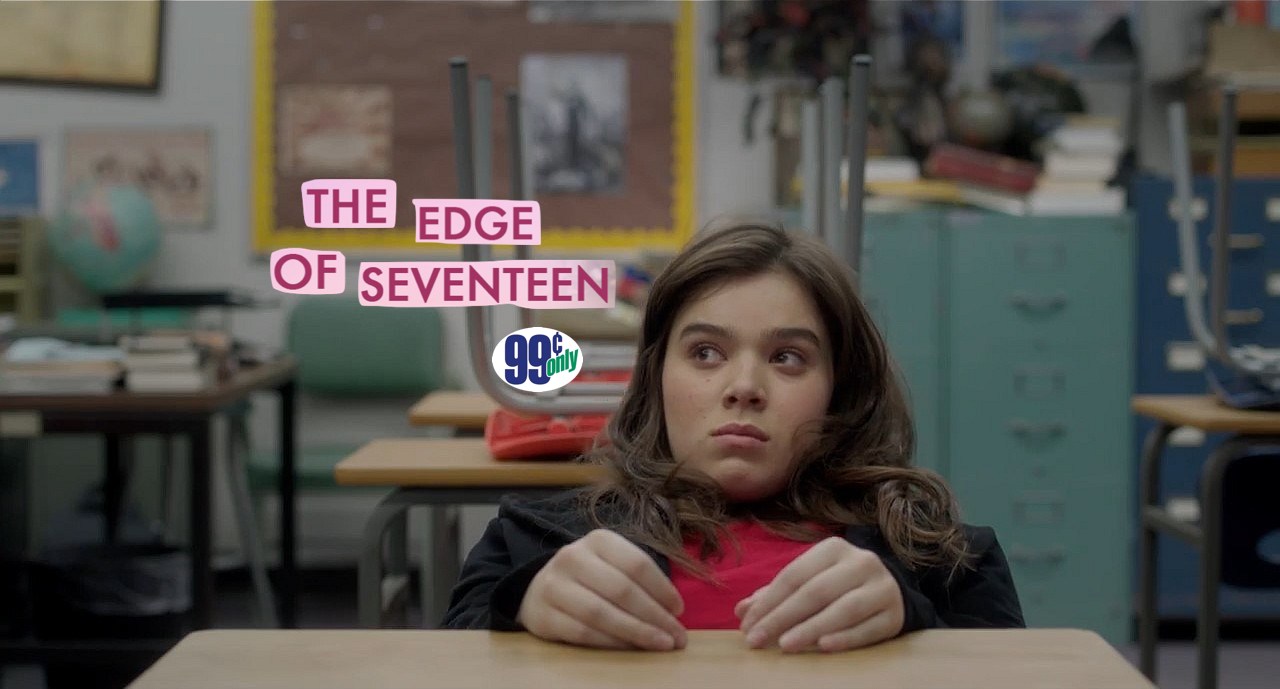 This week, Hailee Steinfeld struggles through the choppy waters of teenage life in The Edge of Seventeen.

Everyone in the World Is as Miserable as I Am

Navigating high school is hard enough for awkward, witty teen Nadine (Steinfeld), but her life begins to spin out of control when her best – and only – friend Krista (Haley Lu Richardson) begins dating her older brother Darian (Blake Jenner). Alone and adrift, Nadine searches to find her place in the world in Kelly Fremon Craig’s tender-hearted dramedy The Edge of Seventeen. 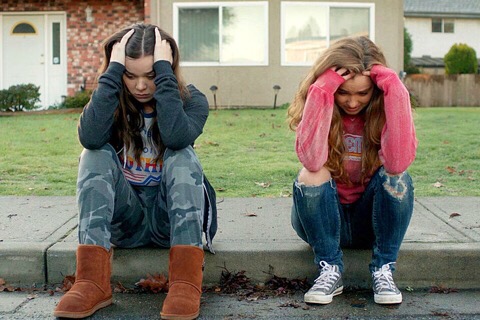 They’re Just Better at Hiding It

Ok, if you’ve ever seen a movie about high school kids dealing with high school kid problems that synopsis will sound a bit … familiar. And yes, The Edge of Seventeen is a fairly typical coming of age story. The sort where an angsty teen slowly comes to grips with the fact that everyone around them is just as awkward and angsty as they are. But The Edge of Seventeen sets itself apart by aiming to avoid most of the typical teen movie cliches in service of raw, honest storytelling.

That’s an ambitious goal for a teen film. But The Edge of Seventeen mostly succeeds in that effort. While the overarching themes that inform The Edge of Seventeen‘s narrative are well-trod ground for the teen movie set, Craig’s insightful writing and assured direction bring a welcome authenticity to the story. That tale is filled with drama and romance and a steady stream of embarrassing teenage moments. But from one scenario to the next, the drama always occurs organically within the story, and it effortlessly encapsulates the unbridled emotion that shapes adolescent life. Combined with first-rate cinematography from Doug Emmett and subtle but soulful contributions from Composer Atli Örvarsson, The Edge of Seventeen doesn’t look, sound, or feel like any teen movie that came before it.

Of course with any teen movie, the material is only as good as the performers. Unlike most teen movies, The Edge of Seventeen fronts a bona-fide movie star in Hailee Steinfeld. The gifted young actor delivers a dynamic performance as the awkward teen in question, imbuing her Nadine with an infectious warmth, biting-intellect, and a palpable sense of emotional isolation. Steinfeld’s star-making turn is bolstered by playful and impassioned performances from the film’s supporting cast. Woody Harrelson in particular stands out for his portrayal of a cynical history teacher and newcomer Hayden Szeto is adorably inept as Nadine’s would-be boyfriend.

With so much going for it, it’s a wonder that The Edge of Seventeen doesn’t quite live up to its own ambition. In spite of Craig’s insightful screenplay, the film’s plot is a shade too thin, its ending is a little too easy, and its characters are all just a little too nice to feel completely convincing. Still, behind Craig’s strong direction and marvelous performances from Steinfeld and Harrelson, The Edge of Seventeen manages to live just on the edge of being an honest, authentic vision of modern teenage angst. One that should hit close to home for viewers of all ages. 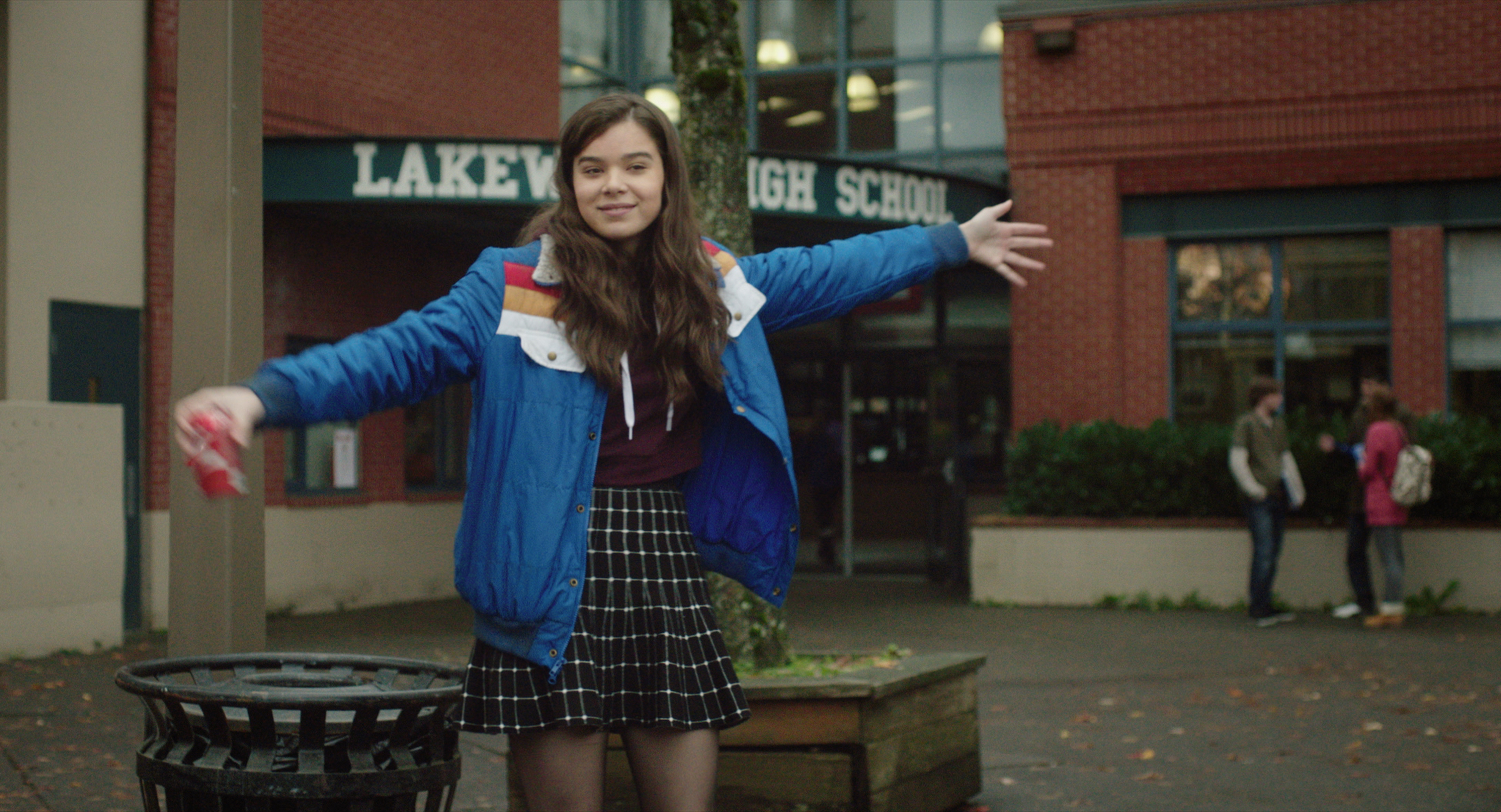 You bet. The Edge of Seventeen may not be the most original teen movie ever made, but what it lacks in originality it more than makes up for in heart and style. While the film isn’t likely to claim a place amongst other “awkward teen” classics (Pretty in Pink, Mean Girls, Juno) it’s a pitch-perfect showcase for its talented star Hailee Steinfeld and announces Kelly Fremon Craig as an intriguing new voice in cinema. You can tell your friends you knew them when for just a buck, which is a pretty sweet deal.