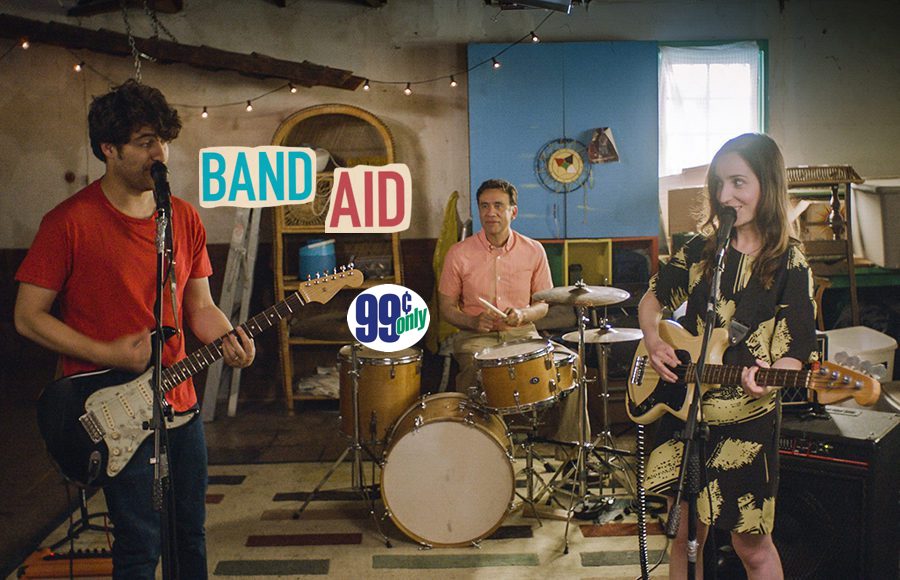 This week, a bickering young couple find a reason to keep fighting when they form a rock band in Band Aid.

What If We Turned All of Our Fights into Songs?

Ben and Anna really do love each other, but they’re stuck in dead-end jobs and struggling to move forward. The fact that all of their friends are having babies isn’t helping. Nor is the fact that they’ve recently gone through a pregnancy drama of their own. It’s only natural that their pent-up disappointments have begun to bleed through in the form of ever-escalating knockdown, drag out fights. To make matters worse, their couples therapist is about to move to Canada. Just when Ben and Anna’s relationship begins to look unsalvageable, they find a glimmer of hope by turning one of their biggest fights into a song. But can their burgeoning rock star status actually heal old wounds and lead the couple to their ever after? Find out in Zoe Lister-Jones’ charmingly uneven rock & roll dramedy, Band Aid. 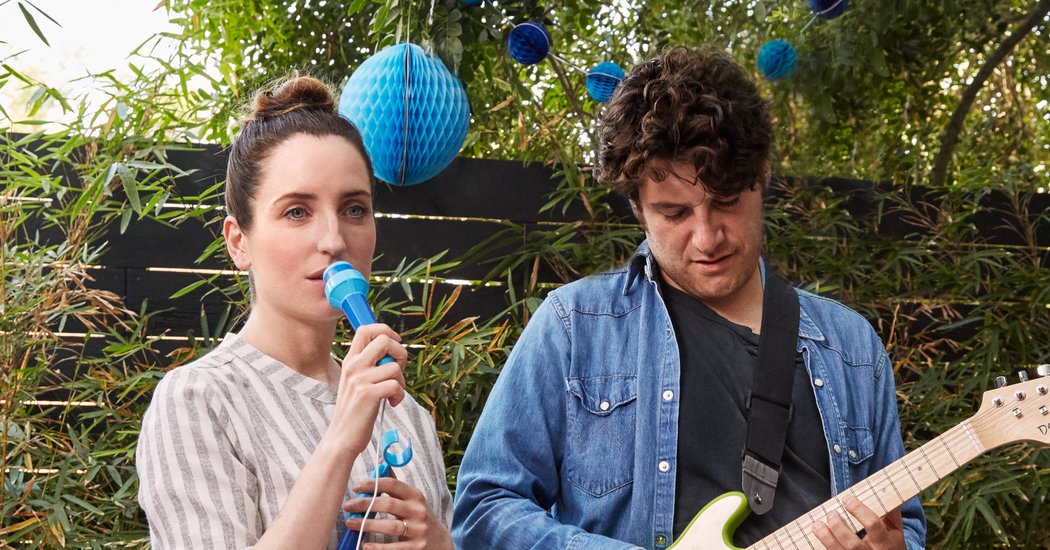 What Does Love Mean to You?

I suppose it’s a sign of the times, but there seem to be a lot of films hitting theaters lately that center around talented but utterly directionless young adults. By young adults I don’t mean fresh-faced kids just out of college. No, I’m actually talking about young men and women in their 30s who have cobbled together a few pieces of their life’s puzzle, but just haven’t quite figured out how those pieces fit together yet. Relative newcomer Zoe Lister-Jones throws her hat in the ever-crowding ring at Sundance this year with her romantic dramedy, Band Aid. The good news is that the film – which Lister-Jones wrote, directed, produced, and also stars in – dares to put a fresh spin on that oft-recycled setup. The result is a well-crafted, warm-hearted tale of a young couple on the brink of … well, adulthood.

Make no mistake, in the opening moments of Band Aid, that couple is an absolute mess. They’re sort of a mess at the end of the film as well … and they spend a lot of time in between at each other’s throats. It’s the passion that fuels those fights – mixed with the tender, sometimes hilarious moments that come before and after – that makes Band Aid such a rewarding endeavor. And it’s the chemistry between Lister-Jones and co-star Adam Pally that makes the film’s shifting emotional landscape resonate. What can I say about their work here except that, when their characters are fighting, it really feels like they can’t stand each other. When they’re laughing, it really feels like they’re having fun. And when they’re rocking out to new songs, it feels like they were made for each other.

It’s worth noting that Band Aid is at its best when Pally and Lister-Jones – who do all the singing and strumming themselves – are making music together. It helps too that most of the songs they craft in the film – also co-written by Lister-Jones (is there anything she doesn’t do?) – are quite solid. Of course, some of those songs are quite silly as well, and that’s sort of the point. After all, it’s not the songs themselves that matter, but the intimacy that comes from writing/singing them that matters. Still, the making of that beautiful music is also the source of one of the film’s major flaws.

That flaw comes in the form of the band’s sex-addicted drummer (played by Fred Armisen) who stumbles awkwardly through every single moment of his screen time. At some point that awkward storyline turns from kooky distraction to unnecessary subplot, and his presence leaves you wishing that Ben and Anna had remained a duo. Fortunately, even an unnecessary subplot doesn’t completely break the spell that Lister-Jones casts with Band Aid. Even if the film never quite finds the right balance between the laughs and the tears, it’s still charming as all hell … and it’s a wonderfully assured debut for Lister-Jones. Here’s hoping she gets herself back behind the camera as soon as possible.

Look, there are a lot of things wrong with Band Aid. It’s often unfocused and reductive. Its third-act resolution is also way too easy. While those problems are impossible to overlook, they still can’t manage to undermine the film’s overall charm. And in the indie film game, a little charm can go a long, long way. So if you’re in the mood for a little film with a few laughs, some well-earned tears, some first-rate tunes, and a great big heart, Band Aid is well worth that dollar this week. Just don’t blame us if you find yourself singing “I Wanna F**k You” while walking around the supermarket next week, ’cause it really is a catchy little tune.

All In: Where to Start Reading Justice League