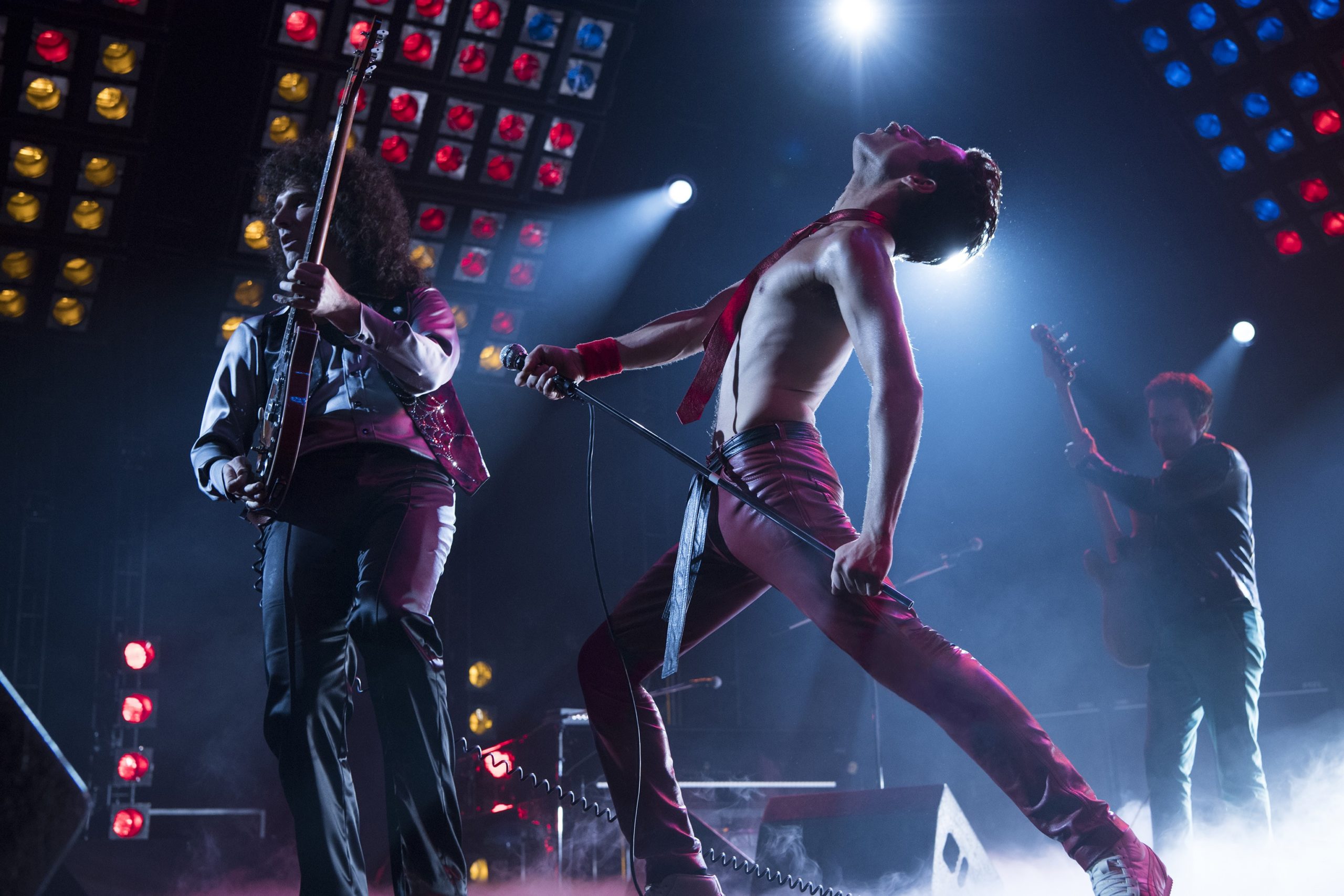 The Total Newness of Bohemian Rhapsody

Bryan Singer kick-started Hollywood’s superhero craze with his 2000 film, X-Men. Singer’s most recent film, Bohemian Rhapsody, may end up being a similarly seminal moment for the movie industry. There has never been a movie like it: a biopic blockbuster with a larger-than-life soundtrack and mainstream appeal. And there are more in its mold on the way, including Rocketman, an upcoming film about Elton John. Could the sing-along, foot-stomping biopic be the next big trend for Hollywood?

The Era of the Superhero Movie

Bryan Singer changed the course of movie history in 2000 with the release of his film, X-Men. Movie historians and critics tend to recognize X-Men as the first superhero movie with a compelling ensemble cast, which won over mainstream audiences while setting the stage for countless sequels and spinoffs. It sparked a Hollywood-wide resurgence in superhero films, which had reached their nadir in the late 1990’s (remember Batman and Robin, widely considered one of the worst movies of all time?). X-Men was unlike any movie we’d seen before, and audiences loved it. In the interim two decades, superhero films have become the defining trend in Hollywood, predictably and reliably rounding out the top of every year’s highest earning films. Last year, four out of the five highest grossing movies featured superheroes, each bringing in more than a billion dollars at the box office. X-Men started that trend, spawning 10 sequels and setting the stage for the “expanded universes” that would come to define the genre (think: interconnected spinoffs, sequels, prequels. Basically, The Avengers).

The Rise of the Blockbuster Biopic

Which brings us to this year’s Academy Awards, and Bohemian Rhapsody. Last Sunday’s ceremony left us with a striking harbinger of what is to come for the movie industry, and it didn’t take place on stage. During a commercial break about halfway through the show, viewers saw what I suspect represents the official ushering in of a new era in Hollywood: the trailer for Rocketman, an upcoming biopic about Elton John, filmed in technicolor with larger-than-life sets, flamboyant costumes, and a fabulous soundtrack. My sense is that Rocketman and similar movies bound to follow it will establish Bohemian Rhapsody as an industry-shifting film, much in mold of X-Men. Oh, and one more detail: Bohemian Rhapsody’s director happens to also be Bryan Singer, the man behind X-Men.

Bohemian Rhapsody is a new kind of movie, and a new kind of success story, for Hollywood. For years the biographical film (known as biopic) genre has lived in the realm of what I’ll describe as “serious storytelling.” Using small budgets, nuanced storylines, and innovative filmmaking techniques, directors have by and large taken a thoughtful approach to telling the stories of some of history’s most interesting people. Celebrated biopics like Walk the Line and Lincoln have explored subtle or misunderstood elements of their subjects’ remarkable lives, in an attempt to connect contemporary audiences with a person, time, and place. Bohemian Rhapsody’s approach to telling Freddie Mercury’s story was fundamentally unlike these previously successful biopics, trading nuance and subtlety for glamorous fun. Critics devoured the movie, calling it boring, self-aggrandizing, historically inaccurate, and one-dimensional. Aside from the film’s soundtrack and outstanding lead acting job, the consensus holds, Bohemian Rhapsody is a largely uninteresting film. At the end of the day, even amongst audiences, many felt the movie’s lackluster story was salvaged by Rami Malek’s phenomenal portrayal of Mercury, and Queen’s undeniably infectious catalogue of sing-along songs. 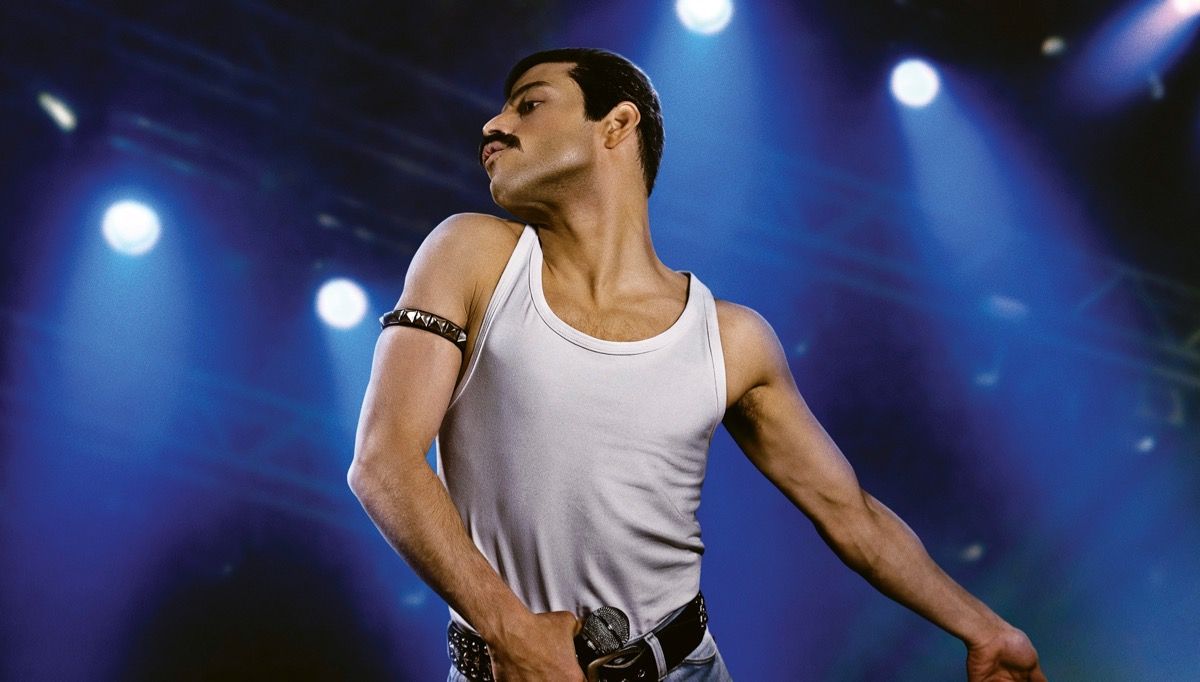 In spite of its careless storytelling and poor reviews, Bohemian Rhapsody has been wildly successful, blowing records for the biopic genre out of the water. The film has already earned over $860 million, almost three times the previous record for a biopic (either Straight Outta Compton or Lincoln, depending on how you define ‘biopic’). This is a MASSIVE figure, the 6th highest of any movie 2018. This majorly surpassed even the most optimistic expectations for Bohemian Rhapsody’s box-office potential, which is hugely significant. Money drives the movie industry and determines what kinds movies get made. Hollywood loves recipes for successful movies, safe bets that will reliably generate gobs of money (think about those 10 X-Men sequels, or the seemingly endless chain of Avengers movies).

Rocketman is next in 2019. Keep in mind the point about successful-movie-recipes, and how well these biopics fits that mold. Queen’s music sells itself. So does Elton John’s. Throw in a compelling lead actor and you’ve got yourself a blockbuster, guaranteed to bring in hundreds of millions of dollars at the box office. It’s not hard to imagine a near future where the biggest movie releases of the year are sing-along biopics about history’s most flamboyant musicians, unimaginatively pumped out by big studios, accompanied by rapidly inflating marketing budgets. Michael Jackson, Prince, Amy Winehouse, Whitney Houston, Madonna, Mick Jagger, The Beatles, Elvis… the list goes on and on. The next trend in film is going to be all glitter and glam. 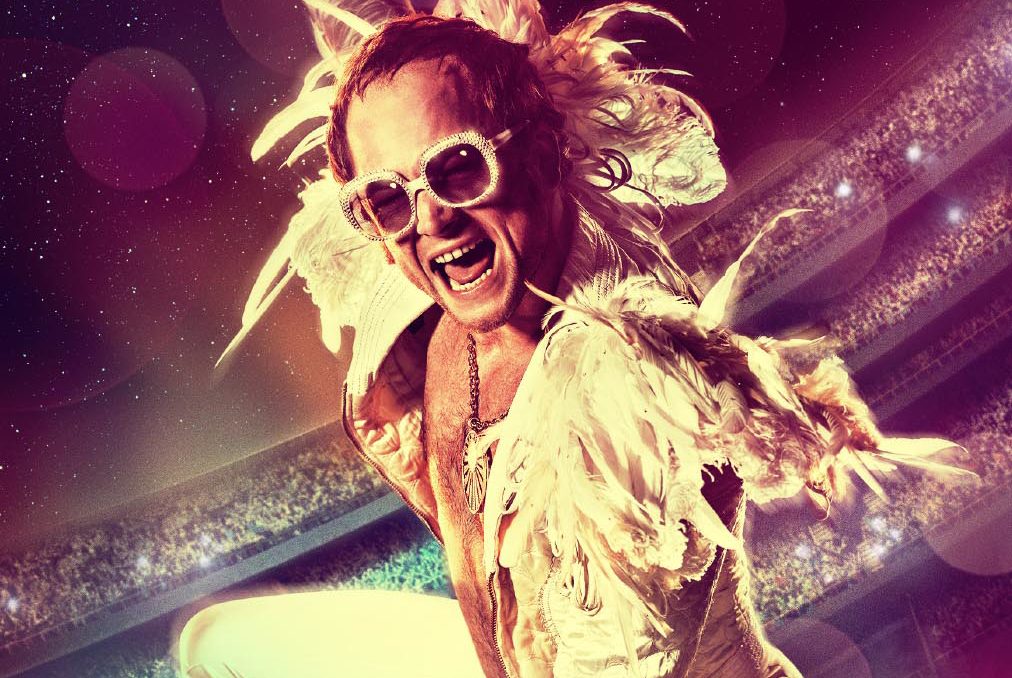 While the film industry continues to celebrate X-Men as the pioneering superhero movie that launched our comic book film obsession, some critics argue that 1998’s Blade, starring Wesley Snipes, was actually the genesis of the movement, its success galvanizing momentum that lead to X-Men. Interestingly, Bohemian Rhapsody may also owe a debt of gratitude to an oft-overlooked film with a black lead. 2014’s Get On Up, the moderately successful James Brown biopic starring Chadwick Bozeman, is a stylistic and storyline forerunner to Rhapsody, similarly begging audiences to sing along while glossing over nuanced elements of James Brown’s life, activism, and musicality.

As for Bryan Singer, his case illustrates the disconnect in Hollywood over issues of sexual abuse and power dynamics on set and across the industry. Singer was fired from his position as Bohemian Rhapsody director shortly before the end of production, ostensibly due to missing days on set, and ongoing clashing with the film’s star, Rami Malek. (Singer was replaced by Dexter Fletcher; who, incidentally, also directed the upcoming Rocketman) Many in the industry were incensed that Singer, who has been linked to sexual abuse allegations since at least the mid-1990’s, was not held accountable for the accusations. On a night during which the Academy of Motion Picture Arts and Sciences recognized more women and people of color than ever before, Singer’s name was not mentioned at the Oscars. Perhaps a perfect representation of the disconnect still very much alive in Hollywood, and symbolic of the strides still needed therein to achieve justice and equality across the industry.

Ben is a film writer based in Durham, North Carolina, and creator of TheEmotionPictures, an online platform that publishes think-pieces inspired by movies. His writing explores who gets represented in film, and the interplay between the movies and society.