Home GamingConsole Is It Okay To Charge $10 For EarthBound?
ConsoleGaming 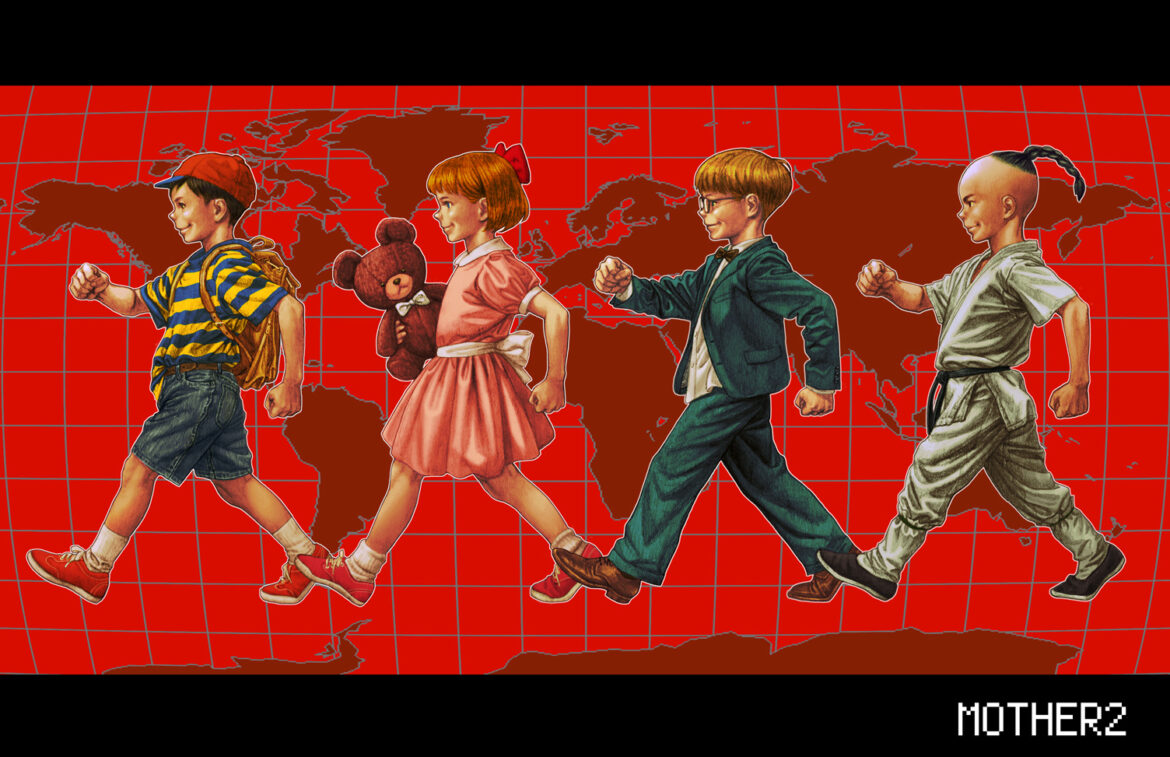 There has been quite a bit of controversy surrounding the recent rerelease of EarthBound on the WiiU virtual console. I don’t know if the topic is really worth all the dust it’s kicking up, but I certainly have opinions on it. Before we get into my lunatic ravings, let’s take a look at how it went down, and some history on the game. 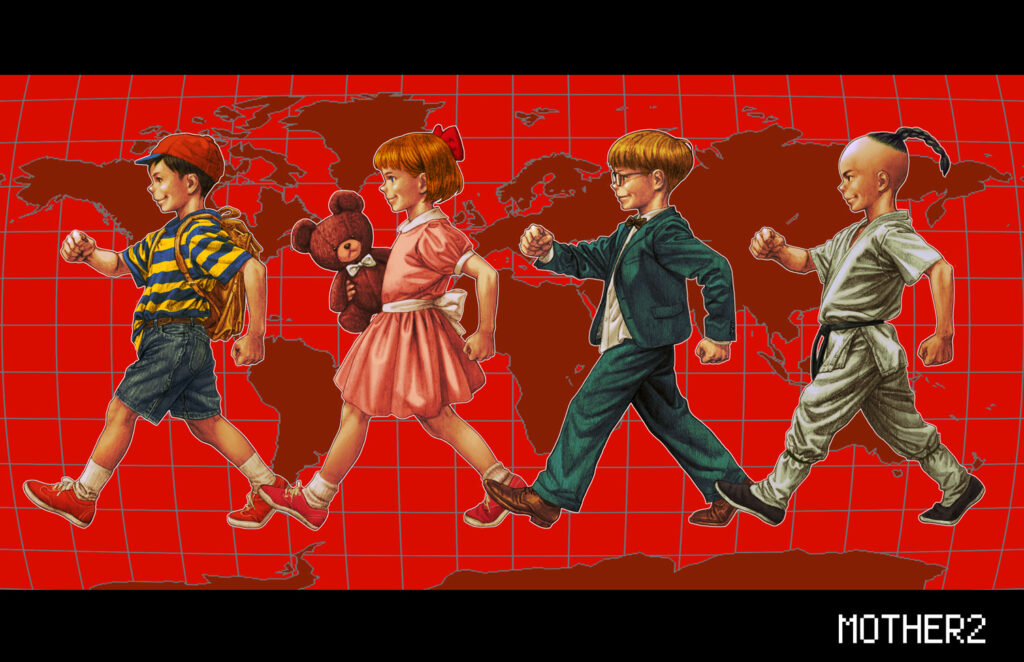 EarthBound is a strange game, to say the least. Known as Mother II in Japan, it was the second game in the EarthBound series, with the original never making it to US shores. Mother II did get localized for us Americans though, and saw release on the SNES as EarthBound. Nintendo never released the original, because it felt that the game would fail to connect with US players. When Mother II was finally brought over to the US many changes were made in order to remove Japanese pop culture references, and instead replace them with references Americans would be more familiar with.

With the conversion all complete, Americans got their hands on what would eventually be known as one of the greatest RPGs of all time. Whether you like Earthbound or not, you have to admit that it is an exceptionally unique game. In a genre full of fantasy settings and splashes of futuristic sci-fi, who would ever have thought to set a game in modern times? Not only do you explore areas that aren’t all that alien, but your titular heroes are a bunch of kids. Granted they do have psychic abilities, but it was still a strange thing for the time. Instead of muscled heroes with armour and swords, we got grade school kids with baseball bats and frying pans. It managed to fit in cultural references, a unique style, humour, and what some believe to be an underlying message, so there is no surprise this thing got a cult following.

EarthBound has never been considered a big blockbuster hit of a game by Nintendo. It does however have an extremely dedicated following, who have spent years trying to get a re-release of the title. You see, EarthBound SNES cartridges are available online for sale, but only for well over $100. Which basically meant that if you wanted to play a copy of the game you were forced to drop a ton of cash, or you had to illegally play via ROM and emulator. As a result, the outcry came from EarthBound fans to release it on virtual console so they could purchase a copy. That’s right, despite all of the whining that the industry lets loose about piracy, Nintendo had a core of players basically begging them to take their money. So, Nintendo promptly released a virtual copy of the game for the Wii ’08…oh wait.

Back in 2008, fans of the cult hit EarthBound were stoked when Nintendo announced its rerelease on the Wii virtual console. Of course, EarthBound never did actually materialize on the console. To the dismay of many fans, it would be another 5 years until the game actually came out on virtual console. Of course it didn’t make it on to the Wii, so it was instead released on the considerably less popular WiiU. So, here we are in 2013 and the EarthBound fan base is finally happy after swarming to pick up their favourite virtual game, ha ha ha yeah right. This is the video game industry after all. When the virtual copy of EarthBound came out at a $10 price point the fanbase lost their heads. 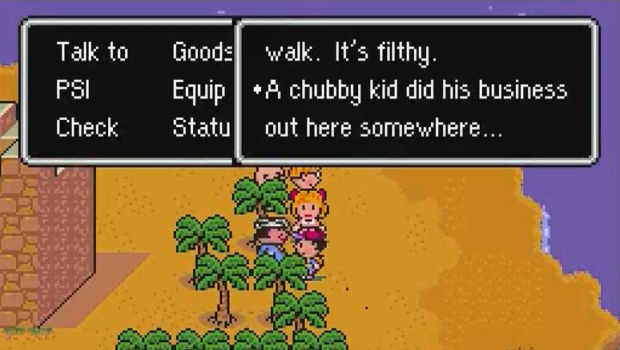 So, is it fair for Nintendo to charge more for EarthBound than they charge for other SNES titles, which come in around $8? Well, kind of. It’s true that EarthBound costs more than the average game on the virtual console, but it is also the only game on the virtual console by special request. Nintendo has always maintained that EarthBound isn’t a big enough title to warrant re-releases. It never really hit it big, so it’s not going to make them a lot of money. This is not a secret, so doesn’t it make sense that they would charge more for a game that will most likely not sell many copies compared to other virtual console games? For a group that has spent years demanding a re-release of EarthBound, everyone sure seems quick on the trigger to blast Nintendo for giving them just what they asked for.

When you consider the fact that the physical copy of the game can go for hundreds of dollars, $10 for a legal virtual version of the game doesn’t really seem so bad. Now the question is, why is everyone so upset then? Well, it’s not like it costs Nintendo a lot of money to transfer these games over into a digital format. They didn’t do huge upgrades on the games, or overhaul the visuals, it’s basically the same as release. Plus Nintendo announced the digital release 5 years ago, so it’s not like they haven’t been planning for it to come out eventually anyway. Of course, we don’t know that they weren’t planning to charge more back in ’08 as well (of course they were going to charge more).

The real reason this price point has kicked up controversy isn’t because people feel like EarthBound isn’t worth the price. They’re mad because it feels like Nintendo is somehow testing their loyalty, even though they’ve been showing it for years. It reminds me of the issue Capcom with Mega Man Legends 3. Where they basically told fans that had been supporting and pressing it’s development since the start were suddenly told they didn’t support it enough. Eventually Mega Man Legends 3 was officially cancelled, and Capcom blamed it on fans not being supportive enough of the project. Now EarthBound fans feel that their getting screwed over because Nintendo doesn’t think the game will sell well, when its fans have been trying to show how ready they are to purchase it for years.

The argument can be made for both sides. There are legitimate reasons that Nintendo has for pricing it higher. Fans have a a legitimate cause for concern and anger for the perceived slight. Nintendo is a company at the end of the day though, and they’re essentially meeting on what they perceive to be the middle ground. They put the game out at fan request despite their concerns, now its time for fans to prove loyalty by purchasing the requested title even if it costs a little more. It sure seems like Nintendo may have shot themselves in the foot by questioning the Earthbound fanbases loyalty, and releasing it on a console with a much smaller base than the Wii. Fans are afraid that letting Nintendo charge more money is going to lead to Nintendo doing the same in the suture. Nintendo is afraid that fans say they will buy a game, but actually won’t spend enough to make it worth while for the company. It’s basically one vicious circle of customers not trusting companies who don’t trust customers, and it’s exactly what the game industry always has been.