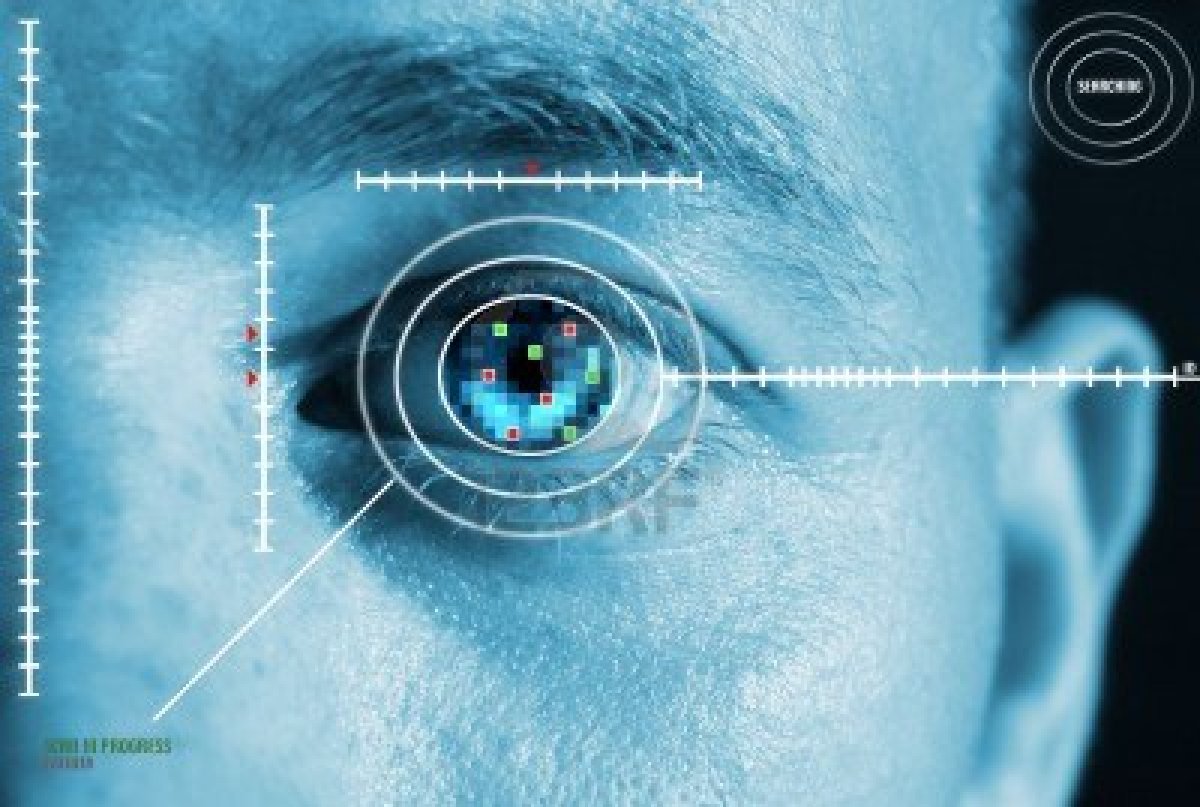 I will admit, I lost my ID twice as a college student (and I’m only counting the times I lost it fully and had to buy a new one, losing it for an hour, day, week… yea that happened plenty more times then I’d like to admit). I can’t imagine being in elementary school and being expected to keep track of one. I had friends who had to get a new card or two each semester in college. I found people’s cards quite often around my school, and the cards, no matter whose face was on it, would allow you into any dorm. Schools have realized this risk, and around the country, they are taking away the threat of stolen IDs by replacing them with iris scans.

This coming fall, numerous schools from every different level, college to elementary, will be incorporating eyeball scans instead of IDs. Some parents anticipate the change happily, realizing how it will help them keep track of their bus-riding kids and keep them safe, and others are outraged about the invasion of privacy. A central Florida district incorporated the iris scans without asking the parents first and received a lot of hassle.

Winthrop University in South Carolina has been testing out this technology over the summer.  Incoming freshman went through an eye-scan as they received their ids. Their head of IT, James Hammond, stated trustingly, “Iris scanning has a very high level of accuracy, and you don’t have to touch anything. It can be hands free security.”

Iris ID is a new Jersey based company that has developed eye scanning technology to be used in schools for entry and IDs. Winthrop University is using them; other schools are using Blinkspot, a company in South Dakota that manufactures iris scanners for school buses. Students boarding the bus must look into a scanner that resembles a pair of binoculars. In just a fraction of a second, the new photo is matched with an existing one in the school’s database, along with the student’s  name and identification number. When matched, it is time-stamped and marked with the location, so school officials and parents can immediately see who has gotten on and off a bus. It also helps out the kids. If the scanner beeps, then the students get on the bus because they know they are supposed to be there. If it honks, they are on the wrong bus. “Within seconds, we could tell parents, ‘Yes, they got on bus No. 0750. They got on the bus at the high school at 2:05; they arrived at their bus stop at 2:45,” Rob Davis, director of support services for Polk County schools, told a local Fox television station, in support of the scanners. There’s also a Blinkspot mobile app for parents that allows them to see where their child is. Every time a child gets on or off a bus his parents get an email or text with the child’s photograph, the time, date, and a Google map of where.

Kudos to them, I remember how crazy bus boarding was in elementary school, we had to match the “red square” or “pink heart” our teacher gave us on the first day to a red square on the bus and then remember that for the rest of the year. So, yeah, I think this is a really smart plan.

Biometrics, an advanced type of security that recognizes physical characteristics in order to identify people, is becoming a huge trend, and iris scans are growing increasingly popular because of it. As the technology is further researched and explored, it is becoming faster and cheaper to use, and security manufacturers believe that biometric methods, like iris scans, will be the only IDs in the future. The statistics seem to be proving them right too, as more and more schools are adding the trend. In the next year, insiders in biometrics believe that the technology will be instilled all over, not just in schools, but in airports and banks too. Instead of entering a pin number at a bank, one could gain access to an ATM with an eye-scan. In an airport, one could pass through security and be welcomed by name, as their eye is scanned and data comes up on the computer.

Eyelock is another company that is specifically developing for airports and offices, although it also is making its way into the school system. They already have scanners in place at many top notch companies, like Bank of America’s security headquarters. They have scanners at foreign airports which can go through 50 people per minute. “You walk through without stopping, you look at the camera, it recognizes you in less than one second,” Eyelock CMO Anthony Antolino said. “In the case of customs, by the time you approach the customs agent your profile would pull up and present your documents for authorization.” Now that I far prefer to the usual stare down when traveling overseas. Yes, I promise, that really is my face, I just look prettier today.

“Imagine a world where you’re no longer reliant on user names and passwords,” Antolino told CNN Money. “If we’re going through a turnstile and you have authorization to go beyond that, it’ll open the turnstile for you, if you embed it into a tablet or PC, it will unlock your phone or your tablet or it will log you into your email account.” Eyelock’s technology doesn’t just take a picture; it records a video of your eyeball and then uses an algorithm to find the best image of each eye.

Some people who are concerned with privacy in our future, fear that these fast working scans will actually come at the expense of our personal security. Hacker’s new targets will be our own eyeballs! To this, iris scanning companies reassure that their scanners have encrypted data. Outsiders would only see binary and the information isn’t sent to the companies, it will remain only in the hands of the buyer, the school, bank, or airport that uses the scanners. Also, according to Stanley Convergent Security Systems, which provides eye scanners to schools, Iris scans are 200 times more accurate than fingerprints at identifying individuals. Maybe it infringes on privacy, and maybe it will be hacked, but maybe it will provide a good amount of security that will protect more people now than are currently being protected on average.

So prep your eyeballs, those going to school and those who aren’t. Iris Scans may soon be the norm everywhere. Even the US Department of Defense is interested. They recently provided a $3 million grant to AOptix to develop their scanner:  fingerprint and iris scanners, plus a facial recognition camera.