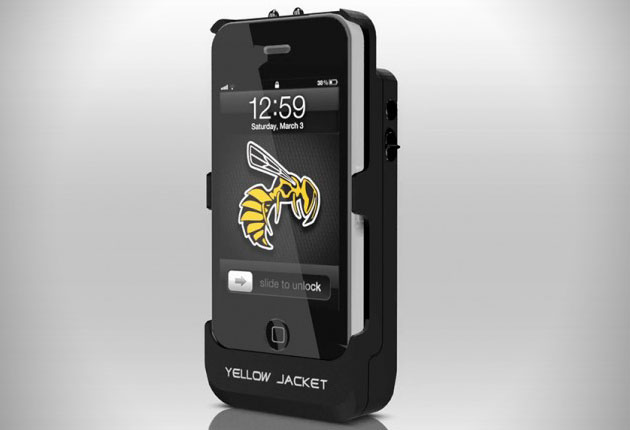 You never know who you’re going to run into these days. I don’t mean to say “it’s a small world” sense. I’m saying you never know when you’re going to have a run-in with a real life bad guy! You never know who’s lurking in the dark corners of the garage where you park or who’s creeping around the corner from the outdoor ATM you frequent. There’s no way to completely eliminate these kids of people; they are like an infestation of cockroaches. What you can do is find a way to defend yourself from these lowlifes.

We don’t live in a Wild West culture where everyday citizens are armed with six-shooters, more than ready to take down any goons that cross them. There’s pepper spray, which is pretty effective–unless of course your enemy is wearing a mask or glasses. Assuming the average Geek Insider reader isn’t a hulking muscleman (or woman) who can keep bad guys at bay by tensing his (or her) muscles threateningly, we are left with the stun gun: the ultimate portable self-defense device. There is no doubt of its effectiveness; we have all seen those episodes of Cops when the criminal is jolted and drops to the ground like a ton of bricks.

The concept seems a bit far-fetched doesn’t it? The Yellow Jacket iPhone Case is armed with 650,000 volts of stopping power, more than enough to fend off those attackers and give you peace of mind when walking back to your car. The sound of the running current alone is intimidating. The device also includes two safety features to ensure that you won’t accidentally jolt yourself while making a call.

The case itself fits your iPhone without blocking any ports or controls. However, it’s not just for convenience purposes. It protects it with PC and ABS hard plastic, along with a screen cover. Additionally, the built-in battery will give you 20 more hours of standby time when the switch is activated.

House of Cards: A New Season for the Underwoods In Review