Home NewsEntertainment House of Cards: A New Season for the Underwoods In Review
EntertainmentTV and Movies

House of Cards: A New Season for the Underwoods In Review 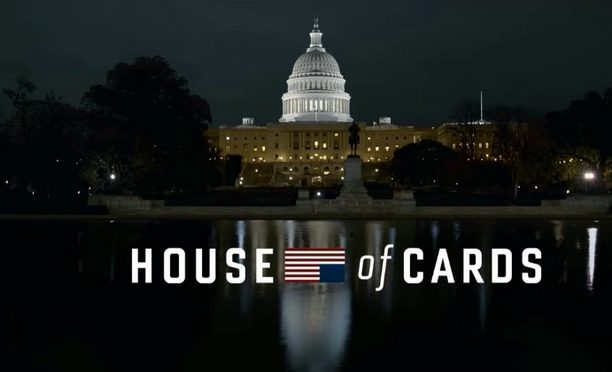 WARNING: the following will contain major spoilers about season two of House of Cards. If you haven’t seen it, stop right now and come back after you’ve spent the appropriate twelve hours watching all of it. I’ll wait.

After watching season two of House of Cards, I decided to give myself a break from politics. So I watched The Godfather. All was well until Kay began her famous like “Senators and presidents don’t have people killed.” Ordinarily, the statement would merely be considered naive. But after having watched House of Cards, it seemed like the silliest thing I’d ever heard. That said, I think I speak for everyone who is a fan of the series when I say that season two of House of Cards was fantastic. Francis Underwood (played by Kevin Spacey) is perhaps the most badass politician to ever grace television, and his wife Claire (Robin Wright) is just as amazing. Their climb up the political ladder is one full of ingenious plots, near-crippling scandal, and cold-hearted ruthlessness like you would not believe. The Underwoods’ overarching scheme to seek revenge on the Walker administration has come to fruition. After years of biding his time and playing the president’s obedient errand boy, Frank has managed to seize control of the White House for himself. President Underwood is now the most powerful man in the free world, and he clearly intends to enjoy it.

The second season of House of Cards, which Netflix released on Friday, February 14th, features old and new characters alike, though not all of the old characters managed to stay for very long. In addition to the Underwoods, fan favorites like Remy Danton (Mahershala Ali), Zoe Barnes (Kate Mara), President Walker (Michel Gill), Doug Stamper (Michael Kelly), and Linda Vasquez (Sakina Jaffrey) all returned to our attention as pieces in the Underwoods’ elaborate game. In order to make the game more interesting, the second season of House of Cards also introduced a few new characters, including Jackie Sharp (Molly Parker) who replaces Frank as majority whip in the House, and Seth Grayson (Derek Cecil) who is hired by the Underwoods to handle the press.

Unfortunately, not all of the pieces retained their value. In the very first episode of the season, Frank Underwood kills Zoe Barnes by pushing her in front of an oncoming train. The action was shocking, but not really necessary. Killing Zoe only served to increase shock value for the audience, and didn’t very much further the season’s plot. After her death, Zoe’s friends Lucas (Sebastian Arcelus) and Janine (Constance Zimmer) all but give up on their story to expose Underwood’s corruption. Once Lucas goes on his stupid vigilante mission that gets him arrested for cyber-terrorism, there is no mention of Zoe by anyone. Neither of the Underwoods mention her, and she’s quickly swept under the rug. The whole situation is extremely anticlimactic. Lucas could have dedicated his life to discovering the truth about Underwood’s political dealings. He and Janine could have continued the story in memory of her; they could have put up some kind of a fight. Instead, Lucas goes to jail and Janine moves in with her mom. It kind of makes that epic train wreck seem rather worthless.

Another death that goes even more ignored than Zoe’s is that of Congressman Peter Russo (Corey Stoll). Just as he did with Zoe, Frank Underwood killed the Congressman in season one when he no longer served his purpose. Peter is mentioned in only a few times, and even then only in passing. Rather than showing how his death affected the people who were close to him (can anyone say Christina?), we see how much the prostitute he solicited early in the first season hates her life in hiding. We see Doug forming an extremely abusive relationship with her only to die at her hand. Did Doug really have to die? Doesn’t Frank need him in his administration? And what happens to Rachel now? These are questions I can’t answer.

There are some other pieces season one baggage that were disposed of in an alarmingly quick fashion in season two. Claire’s lawsuit with Gillian Cole (Sandrine Holt) was done away with rapidly with no real time to be digested. With all the controversy surrounding Claire throughout the second season, the lawsuit could have been the icing on the cake. Add that to Claire’s seemingly random decision not to pursue another pregnancy, and you can’t help but wonder where everything is coming from. Perhaps these are questions best left unanswered until the third season.

Oh yeah, there’s going to be a season three! The creators of House of Cards have confirmed that the show has been renewed for another season. We will actually get to see the Underwoods in the White House and watch them sink or swim. Of course, seeing as their primary objective has been obtained, there isn’t much left for them to conquer. They could keep trying to squash the resistance stacked against them, but that wouldn’t make for much of a thriller. The only logical thing to assume would be that the Underwoods’ fall from grace is imminent. In that case, I await the third season of House of Cards with bated breath.

Moon Express: The Space-Faring Company With An Appropriate Name