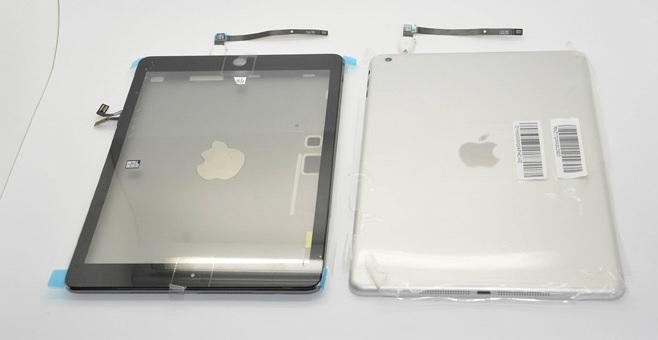 Now that the iPhones are finally out, focus is slowly shifting back to the other big item in Apple’s inventory – the iPad. Expected to be unveiled at an Apple event sometime next month, the iPad, like the iPhone, has been leaking all over the place. Geek rounds up all the rumors and leaks for you:

As with any typical next-generation launch, the iPad 5 is expected to run on faster, better, newer processor – the Apple A7X chip. Early on, the tablet was expected to ship with an A6X chip. However, after the release of the iPhone running on the A7 chip, an A7X chip seems more likely. Nevertheless, there have been multiple conflicting reports about the iPad’s processor. Some claim the iPad may be powered by an A7 chip.

A fresh leak only a couple of days ago by Australian blogger Sonny Dickson showcased the back and casing of the upcoming iPod, with thinner bezels like the iPad mini.

The screen will of course, be the same 9.7 inch Retina Display that we’ve seen on its predecessors. Additionally, the display is expected to be a 16:9 widescreen aspect ratio one this time around.

“I have talked to at least three people close to Apple who say that there are new iPad prototypes that have a 16:9 aspect ratio,” – Paul Mueller, analyst

However, another strong rumor is that of the brighter display on the tablet. From what we’ve been hearing, the device will feature a much brighter and efficient display, employing GF2 technology which is featured on the iPad mini.  The smaller iPad mini is expected to receive Retina Display this time around. 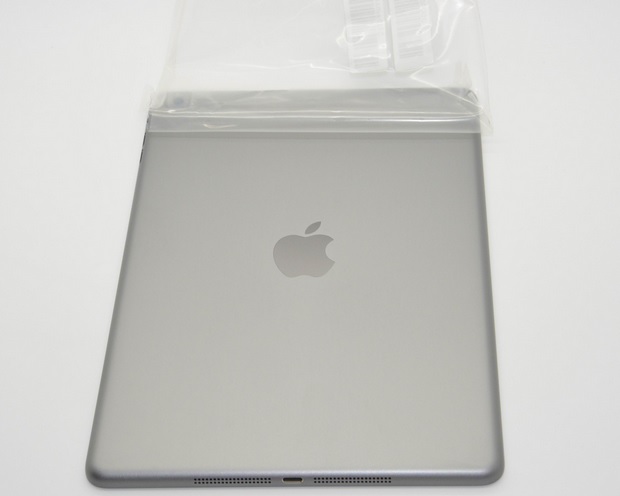 Sonny Dickson’s leak showed the device in the same space grey color which Apple released the iPhone 5S with. A fresh leak round of leaks from the same source also has good stills of the iPad mini in Gold, just like the iPhone 5S.

According to Tactus, the camera on the tablet should get a bump from its current 5 megapixel capability to 8 megapixels.

Early this year, AppleInsider got its hands on an Apple patent aiming to wirelessly charger devices from their cases. From the subsequent analysis, it seemed like this technology would be put to use in the new iPad. We’d like to be believe this one.

“In the described embodiments, the body portion includes an inductive power transmitter arranged to wirelessly pass power to a corresponding inductive power receiver unit disposed within the tablet device by inductively coupling, at least a first magnetic element, and at least a second magnetic element used to secure the body portion to the display in a closed configuration.” – Apple Patent

The public is also expecting the iPad to feature a fingerprint sensor on its home button, like the iPhone 5S. There’s hardly any information to suggest this so far, but it is likely that the tablet will come the sapphire home button, given that both the iPhone and iPad are Apple’s premium devices.

While we’ve had plenty of image leaks for the tablet, a certain video hit the web last month, featuring the iPad’s case. Its authenticity however, cannot be established.

The iPad 5 is expected to launch simulataneously with the new iPad mini at an Apple event next month – probably October 15th or October 22nd. Apple will probably stick to its typical pricing policy for the new iPad – the new one should launch for $499 for the 16 GB Wi-Fi variant, while the iPad 4 should get pushed down to $399. The price for the 32 GB and 64 GB versions should be $599 and $799 respectively.