Home Geek LifeCulture College Degrees: Does a Geek Really Need One to be Successful?
CultureGeek Life

College Degrees: Does a Geek Really Need One to be Successful? 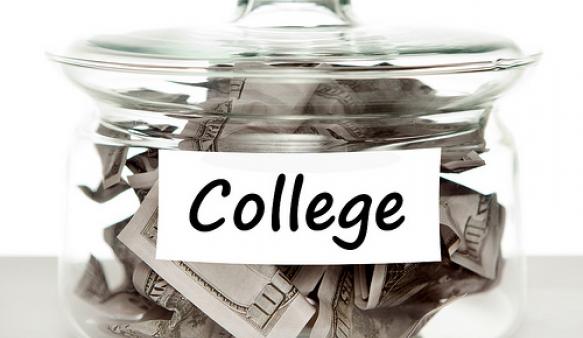 If you’re reading this article, you’re most likely an 18 year old on the cusp of this grand journey through life. You’re probably also doubting college, what with all the big talk of millennials (you, yes you) dropping the ball. You’re also a geek. So what does that mean for your future? Your success? And your future success? And what does success even mean?

Being a geek has come to mean that you are also most likely in possession of a number of marketable and practical skills that come as second nature due to your hobbies. Geeks often participate in “self-directed learning” without even knowing it. For now, let’s look at success to begin with.

Success seems to be an attribute assigned to one by society at large. Most often it is in comparison to one’s peers with factors such as money, social standing, and material possessions coming into play. This can be thought of as external success–with factors such as  personal achievements, principles, and happiness comprising internal success. Whether external or internal, the general nature of being successful is seeking out and accomplishing one’s goals, tasks, and ambitions consistently.  Moving on to the question at hand, “Does a geek really need a college degree to be successful?” Let’s just say not necessarily.

“I want to be a UPS worker!” said no child ever.

Even if you approach success in the manner described above, money plays a role, whether major or minor, in all aspects of success. Not just being incredibly wealthy, so much so that your stacks hit the roof, but simply being financially secure is a big deal. On one hand college provides unique life experiences, with graduates tending to earn more and often having access to “better” jobs. This leaves the rest of us, those without degrees, sometimes feeling as if we’ll be condemned to a lifetime of menial work at mundane places such as UPS, McDonald’s, Sunoco, or Acme. At the beginning of this article, I mentioned that geeks stood out due to their tendency towards “self-directed learning”, so try this out: ask a geek about what fascinates and drives them. Once they’re done talking your ear off about Breaking Bad, Super Street Fighter IV, and Attack on Titan they’ll likely start listing things such as technology, programming, writing, drawing–they’ll start listing a wide array of hobbies and interests that can also be applied in the working world. What makes a geek different from the average person is that the things they read, for entertainment, are usually of an academic nature. They start independant projects–often without pay–such as games, webcomics, novels, bands, media websites, and social networking platforms. Geeks are highly self-motivated in their area of interest. This all culminates in the diehard geek gaining many of the benefits we associate with college and higher education–knowledge, skills, self-awareness, exposure, emotional growth, self-discipline, and work opportunities–at a steep discount, without the need for college loans. What does the clever geek do next to achieve success?

Freelancing can seem shady at first, and hard to start up. Start by making a list of the skills you can do and the skills you like to do, and then sort it by what you do best. Next research how to market yourself, and reach out to your friends, family, and peers on the various social networks that you participate in. In my case, a friend linked me to a craigslist ad for a staff writer internship on Geek Insider, and since I write as a hobby, it seemed like a wise move on my behalf. One could also start their own venture. Once again, I saw writing as my own opportunity to enter into self-publishing, and sought out ways to achieve this goal. In the end I found out about Amazon KDP, Barnes and Noble, iTunes, and Kobo, and with some effort and motivation, I put my first novel up for sale last May. That’s success folks.

In closing I’d like to say that college can be a valuable tool in furthering one’s progress on the road to success, but isn’t necessarily the only way. Things happen–life happens, and whether you couldn’t/can’t afford college, had/have poor grades in high school, or just have no interest in college whatsoever–you don’t have to fail. Whether you’re thirteen or thirty, you can start taking control of your own life today. Start small, snowball, and jump the wall.

Player Two Has Joined: How to Co-Exist With a Non-Gaming Partner