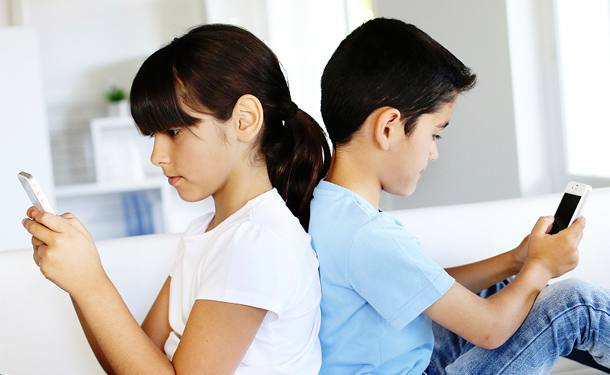 After the smartphone matured and exploded in popularity, it wasn’t long at all before most teenagers had practically unlimited access to information at any time. Now that it seems like the same can be said of children not even close to their teens—with forgoing that kind of immediate connectivity seen as peculiar—the calls for regulation of content and restriction of navigation have become more widely publicized, if not significantly louder. There’s much to be said on this, but I’ll briefly give you the benefit of my experience as someone young enough to have grown up with the internet but old enough to have all the quality reasoning skills afforded by a likely mature prefrontal cortex.

The Desire for Avoidance

I have a friend who is particularly irritated by intrusive government policies, and I felt inspired to comment when he recently linked me to this piece. I won’t linger on the specifics as I don’t know them, and I don’t even know how accurate the information is, but it is unarguably the case that there are some serious attempts being made in the UK to make internet censorship an everyday occurrence. The coalition government, led by Prime Minister David Cameron, has been putting pressure on ISPs to enable strict filters by default on new connections and require users to contact them and explicitly opt out if they wish to roam freely through the plague-ridden wilderness of the web. This is pretty ridiculous, for reasons that should be obvious.

There seem to be a lot of parents—often represented in the UK media by an electorally-significant website called Mumsnet—who feel that the task of actually talking to their children about the things they read or see online is simply too onerous to merit serious consideration. This kind of policy is for them, people who think that children are fragile idiots who can be irrevocably damaged merely by accessing information that they are not yet capable of placing in proper context.

I should stress that I am not advocating giving kids unlimited time on the internet or playing computer games, as by many accounts there are very good reasons to be strict with such things, especially considering the addictive tablet games that have proliferated recently. Rather, I am talking about content, about parents allowing their children to satisfy their natural curiosity with unbridled exploration and having the decency and maturity to step in to answer any questions, no matter how awkward or unpleasant the subjects may be.

Journey to the Center of the Web

My household got broadband internet access when I was in my early teens, and I made good use of it. I’ve been around the virtual block quite a few times, admired the irreverent shock humor of Encyclopedia Dramatica, become familiar with the seedy alienation of 4chan, and seen more than my fair share of graphical content, whether engaging, disgusting, or somewhere in between. I’ve never had my access curtailed in any way, or been encouraged to steer clear of anything in particular. I am also one of the more rigorously moral people I know, though admittedly I don’t know that many people.

The lesson to take from this is that young people have resilient and capable minds. If information gleaned from the internet warps children in any way, it is because those responsible for their care have failed in their duties. I was taught how to think adequately well when I was fairly young, and it robbed me of any vulnerability to an investigative resource no more fundamentally threatening than books ever were.

With the ubiquity of access to a fast and monumental worldwide network in the process of steadily absorbing any and all knowledge it can find, new generations of children are uniquely positioned to observe the transfer of importance from what we know to how we think. If the seat of power was once information, it is in the process of becoming analysis, and possibly comprehension. As I see it, this is an excellent thing. It’s not exactly the case that anyone can become anything—after all, class divides aren’t going away any time soon—but opportunities for exploration and diversification are so much greater than ever before.

In summation, the contents of the internet are not inherently dangerous. They are, in fact, pretty damn safe, at least until the technology is developed to allow websites to punch people through computer screens. The tiresome efforts to clamp down on the most valuable resource we have as a species are magnificently stupid, and we need to kick at them as much as we can.