Google has only one natural predator apparently: sharks. In honor of Shark Week, the apex predators are seemingly targeting our delicious, delicious internet data by attacking Google’s underwater cables in the Pacific Ocean. These cables are a part of the $300 million trans-Pacific network Google is building. It will connect west coast cities like Los Angeles, Portland, and Seattle to cities in Japan.

Why Do Sharks Want Our Internet?

Besides the obvious reasons that sharks might relish the taste of lolcats and selfies, sharks have the ability to detect electromagnetic fields, which helps them identify tasty fish that emit faint electrical signals. The electromagnetic activity in the cables might be confusing them and making them believe that the cables are animals that should be eaten.

Or maybe the sharks just like to mess with things. Chris Lowe, from the shark lab at California State University in Long Beach, says sharks are curious and just like to bite things. This makes sense considering the types of things that have been found in sharks’ bellies like license plates and scraps of tires.

This is all the stuff found in one shark’s stomach: 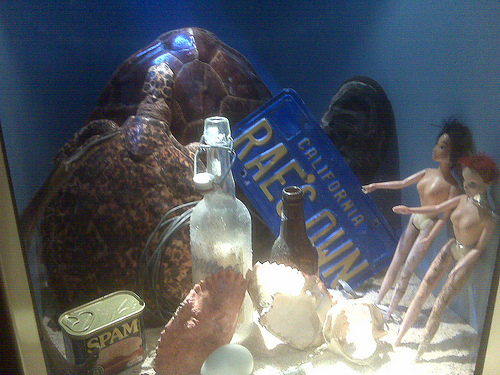 Here’s the footage of a shark attack on the Google cables in action:

What is Google going to do? A Google project manager named Dan Belcher announced at a recent event in Boston that Google would be wrapping those fiber optic internet cables with a Kevlar-like material that should prevent the sharks from puncturing the cables with their teeth. This should solve the problem since the main reason these cables fail after being bitten is that shark teeth can puncture the cable’s insulation and allow the power conductor to ground with the seawater.

This problem isn’t new at all. There have been numerous reports of sharks attacking cables ever since companies have started laying them down in the ocean in the 1980s. According to a report from the International Cable Protection Committee, the first deep ocean cable, built in 1989, failed four different times because of shark bites. Wrapping undersea cables in a ton of protective layers has now become common practice for Google. Over the years, there have been several occasions when damage to undersea lines has resulted in wide spread disruption to internet services.

A report done in 2009 by the UN Environmental Program states that;

“Fish, including sharks, have a long history of biting cables as identified from teeth embedded in cable sheathings. Barracuda, shallow- and deep-water sharks and others have been identified as causes of cable failure. Bites tend to penetrate the cable insulation, allowing the power conductor to ground with seawater.”

This is a serious problem for Google because dependable service and network infrastructure is essential for Google’s business success. 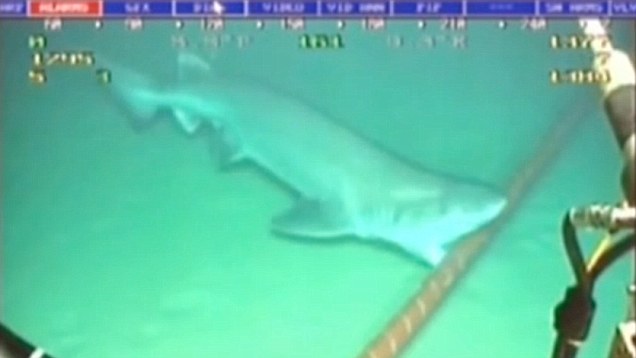 So SyFy, here’s your next movie idea after Sharknado 2; Shark vs. The Internet. You can send the payment for the copyrights to Geek Insider.