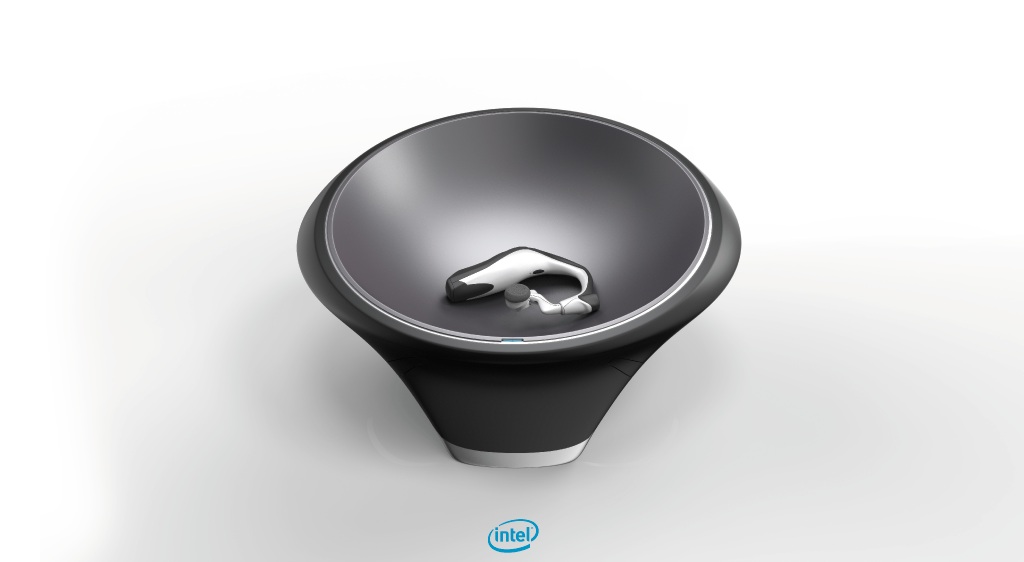 Back at CES 2014, Intel released a series of concept designs for future technology ranging from wearables to appliances. One of their designs, the Smart Wireless Charging Bowl, is now coming to life.

According to Intel CEO Brian Krzanich, the charging bowl will be hitting store shelves sometime during this holiday shopping season. The bowl, which started as a concept, received enough interest from the general public and within the industry that Intel decided to make it a reality.

The bowl’s design is a modern upgrade to a dish that someone might throw their keys or various items into. Utilizing magnetic resonance technology, the bowl is capable of charging multiple devices without the devices themselves needing to be placed a certain way. This technology is the basis for Intel’s A4WP industry specification. Intel is hoping to develop the A4WP spec so that a broad variety of devices, including tablets, notebooks and smartphones, will integrate a “no wires” charging technology.

The announcement occurred during a speech at the MakerCon conference in New York, where the CEO not only announced the product, but it’s origins. According to Krzanich, a handful of Intel workers were discussing their frustrations with charging the many devices they own and wondering if it would be possible to charge a device by just throwing it in something, instead of plugging each device in individually. The device holder would be something similar to a Duracell Powermat, which charges devices when they are laid on the mat. A woman in the group apparently said that she throws her jewelry in a bowl at the end of the day. That concept caught on and the group ended up going to a nearby Walmart where they jerry-rigged a chip bowl into a very early prototype.

While the device looks to be very interesting, there’s still very little we know about it other than that it charges devices. There was no word on pricing or device compatibility. During it’s initial CES debut, the charging bowl was merely a way to charge the company’s smart earphones, but Intel said that they planned to move compatibility to other devices as well.

Over the past few years, Intel has been working on moving into other markets and diversifying their core business. During his CES 2014 speech, Krzanich outlined a roadmap of products that Intel was working on and the partnerships with other companies they have formed.

Among their collaborations, Intel announced they were working with fashion house Opening Ceremony to create a smart bracelet. The bracelet will be carried by luxury retailer, Barneys New York. This collaboration would be apart of a larger goal that they would work with the Council of Fashion Designers of America to “create a community for technology developers and fashion designers to network, matchmake, cultivate and exchange ideas on wearable technology.”

Intel plans to bring the worlds of fashion and technology closer with these collaborations. Meaning that you might be seeing more and more fashionable wearables as time moves along.

The company’s Biometric In-Ear Headphones, which are being design in collaboration with rapper 50 Cent’s SMS Audio, were alongside the other concept designs debuted at CES. The earbuds track biometric data and were originally shown alongside the smart charging bowl as a pair. The bowl would be able to charge the smart earbuds without the need for plugging them in, which is where the concept took off.

As soon as their is more information about Intel’s charging bowl, including pricing and device compatibility, along with other possible products as soon as it becomes available.