InFORM: Will It Change Computers Forever?

Researchers from the Massachusetts Institute of Technology may have brought us one step closer to touchable holograms with their new invention.

What’s So Cool About It? 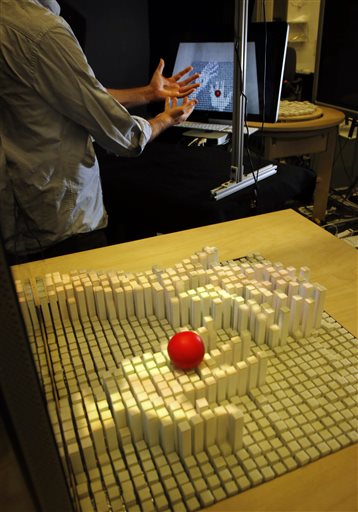 The creators; PhD students Sean Follmer, Daniel Leithinger, and Professor Hiroshi Ishii (from MIT’s Tangible Media Group) named the device; inFORM. It can be used for 3D modeling, bar charts, math education, controlling media (like changing channels or controlling volume on a TV/radio), and so much more.

It is also known as a “dynamic shape display” and can, unlike a hologram, render 3D content physically so you can actually touch the displayed information. It can also interact with the physical world around it, enabling it to be able to move objects. This could mean that users can be in a video conference with someone in a different part of the world and those users would be able to affect and move objects in other user’s room. The MIT researchers say that people participating in the video conference can also be displayed physically with inFORM, allowing them to have “a strong sense of presence.” 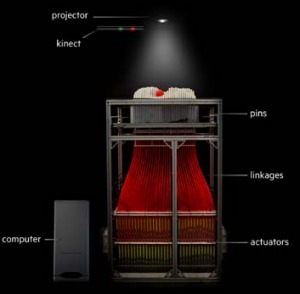 InFORM uses a projector, an Xbox Kinect sensor, up to 900 pins, linkages, and actuators (small motors), and, of course; a computer. Each pin can move up and down about 100 millimeters and is about 9.535mmx9.535mm in size. These pins are what act as real-life pixels that you can touch. They are spaced 3.175mm apart and are controlled by small computers called microcontrollers that function on a very fast network. Color is displayed on the top of each pin by a projector and the Kinect is used for tracking objects on the table and manipulating them with mid-air gestures.

MIT’s Tangible Media Group created inFORM as a way to bring physical interaction back to the digital world. They saw smart phones attempting to do everything through buttons and touch screens, losing “tactile feeling.” The creators wanted to bring back tactile feedback and interaction into digital interfaces and offer a type of multiplicity and flexibility that smart phones lack.

It Can Benefit Businesses 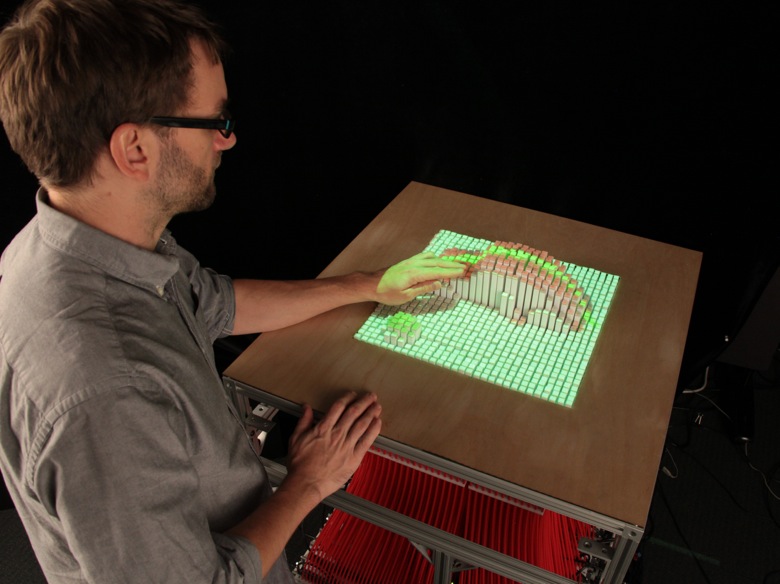 Follmer, one of inFORM’s creators, believes that in order to fully utilize the true potential of computers, users need to be able to “sculpt” and “physically interact” with their devices. This means that businesses won’t have to build their prototypes or print them using a 3D printer, which can take time and be a little expensive. With inFORM, a user can load a design and actually touch, change, and manipulate it without wasting resources or time. This means designers at Ford can test out their new car prototype, architects can see how their building will look before construction starts, and city planners can make more effective decisions using inFORM to map out their plans first.

It Can Help Students

Since it have been shown that some students have an easier time learning with tactile types of studying, inFORM could be extremely useful for them in learning math, science, and other subjects. In math, for example, instead of just studying math graphs on paper, a student would be able to touch it and study it that way. 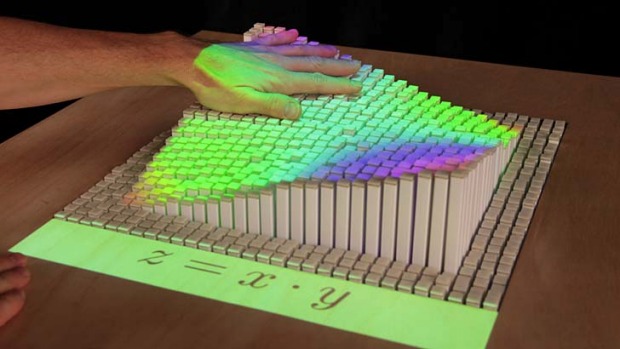 The big disadvantage is that inFORM is rather expensive to build, each of the 900 actuators can cost up to $30. This will limit how many people and companies will be able to afford to buy their own inFORM but the creators are hopeful that in the future, costs can be improved.

So although inFORM promises a great change in how users can interact with technology and digital interfaces, there’s still a long way to go before this innovative technology will become as accessible to the public as MIT wants it to be. Until then, people will have to stick with their smart phones.

Study Shows That Snapchat is Primarily Used to Send Funny Content, Not ‘Sexts’