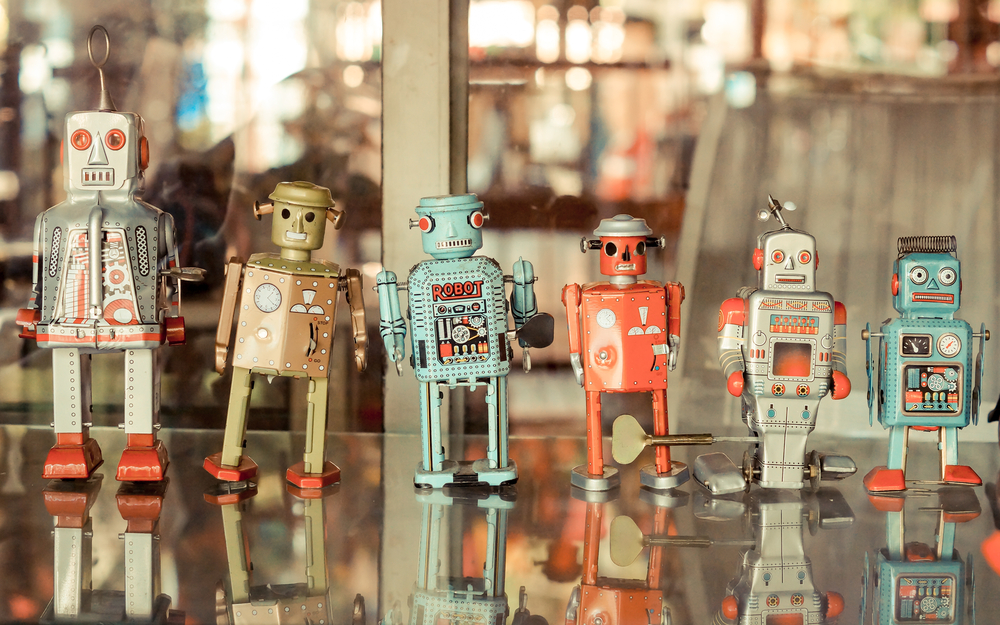 As technology has advanced over time, children’s toys – like everything else – have evolved too. The toy-making industry has seen a remarkable progression: from the yo-yos of ancient times and the dolls of the 19th Century, right through to the Furby craze of the ’90s and today’s digital age, marked by the rise of electronic devices like the iPad and Nintendo Switch. Yet even as each era showcases different advances and trends, it’s incredible just how much things tend to come back around again.

As wooden blocks turned into Lego and china dolls became Barbies, it’s easy to see that so often we’re building on ideas that have been around for centuries. So without further ado, let’s look at how children’s toy trends have changed over time.

The yo-yo is generally considered the first toy ever invented, with evidence of its existence dating back to 500 BCE Greece, where it was often fashioned out of wood or terra-cotta. Of course, it wasn’t the only toy of ancient times – dolls and figurines also existed, and were often carved out of similar materials.

By the 1800s, dolls still reigned as one of the most popular toys. They were much more advanced in their manufacturing, now adorned with intricate items of clothing and sometimes with heads made of wax or china. Other common toys included wooden blocks, tin toy soldiers and marbles, and by the end of the 19th Century, the first train set was invented.

The 20th Century saw the development of these early toy trends. Dolls continued to be in demand, reinforced by the release of the immensely popular Raggedy Ann in 1915, based on the books of the same name. Shortly before this, the first fabric teddy bear was made. Meanwhile, arts and craft-style toys gained popularity with the invention of Crayola Crayons and finger paint. Wooden trains, planes and cars, as well as toy strollers and doll houses, also remained popular.

The yo-yo experienced its first major revival with the creation of the first yo-yo manufacturing company in 1928. Then in 1949, the industry saw what was perhaps the most significant toy invention of the era: Lego.

The ’50s brought with it Play-doh, Hula Hoops and the stretchy green figurine of Gumby. Then in 1959, Barbie arrived, mirroring the movie stars of the time, like Marilyn Monroe and Elizabeth Taylor. The following decade saw an explosion of the Barbie franchise with the release of the Ken doll and the Barbie Dream House only a few years later. Following on from the popularity of earlier arts and crafts-style toys the Etch-A-Sketch was first released in 1960, whilst the yo-yo experienced another revival after appearing in the newly made television commercials.

The ’80s and ’90s were some truly iconic decades for toy-making. Stuffed toys were still very popular, with the likes of Care Bears and Pound Puppy in the ’80s, and – as electronic technology began to increasingly make its way into stuffed animals – the release of Furby in 1998. Collectables were also popular, as seen with the Pokémon cards following the release of the 1998 movie.

Electronic advances continued to influence the toy industry, with the iconic Japanese Tamagotchi first appearing in 1996. Although nowhere was this more evident than in the video game industry – from the popular Atari 2600 home gaming console in the early ’80s, to the first-ever Game Boy in 1989, the release of Playstation in 1994 and Nintendo 64 shortly after.

Of course, there was still a market for old-fashioned fun and non-electronic toys. The Pogo Ball and the Koosh Ball (perhaps a predecessor for the Fidget) were incredibly popular, as was the Super Soaker, invented in 1989.

The turn of the millennium brought with it a new age of digital technology and this was reflected in the toy industry with the release of the iPod in 2001. The gaming industry continued from strength to strength with the release of the Xbox, PlayStation games like SingStar and Guitar Hero, and Nintendo Wii. Dolls remained popular and Barbie was given a run for her money with the invention of Bratz. Meanwhile, Razor Scooters became the most popular way for kids to get around. STEM toys – which focus on Science, Technology, Engineering and Maths – became favoured by parents.

With technology leaping further and further ahead, nowadays toy trends are tied, more than ever, to the latest advances. Apple’s iPad, first released in 2010, quickly became the toy of choice for many busy parents, with a 2014 study finding that kids played with touch-screen devices more than they did traditional toys. The Nintendo Switch, released in 2017, only solidified this, marking a new era of on-the-go gaming, in which kids could also play with their friends. Remote control toys like cars and even ride-on cars have become increasingly popular too.

AI is also making its way into the toy world – with the likes of robots like Cozmo or Dash – and could well represent the next frontier of interactive tech toys. Elsewhere, STEM toys are continuing to advance and remain popular, with the missed school during the COVID-19 pandemic leading to a boom in the educational toy market, as parents look for toys with teaching capabilities.

Even still, non-electronic toys have fared surprisingly well next to their digital counterparts. In 2017, the Fidget emerged as the must-have toy of the year. The spinning device, usually made from plastic or metal and featuring a ball bearing, was originally created to help with fidgeting associated with ADHD. Elsewhere, movie and franchise tie-ins dominate the toy market, with corresponding action figures, bobblehead toys and, of course, Lego kits continuing to be all the craze.

Even with all the shiny allure of new technology, there’s also been an uplift in the sales of traditional toys, with old favourites like Tonka Mighty Dump Truck, Barbie and Lego on the rise. It’s possible this stems from a desire to move children away from the all-absorbing touch screen, or merely a sense of nostalgia on the part of parents for the toys of days gone by.

Even as technology continues to advance at a blinding rate, it’s likely that in the future we will continue to see beloved toys of the past re-emerge in this way. We can watch as toymakers continue to reimagine them for a new generation, proving that nothing really ever goes away for too long.