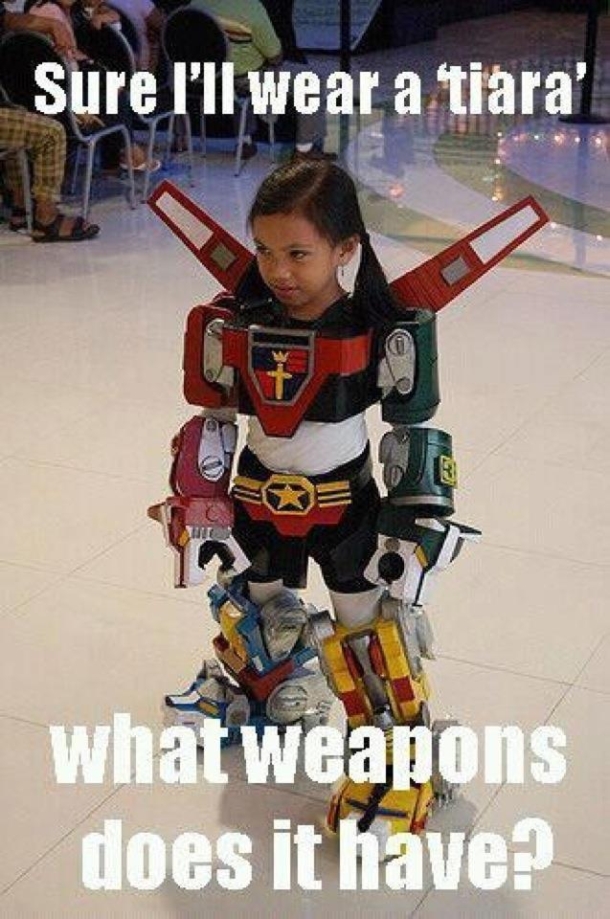 There comes a time, in every grown up Geek’s life when the pitter patter of little feet are no longer just made by that tiny robot army you made. They may not be your own, but it’s your sworn responsibility to help your friends raise them properly. It takes a village and our part in the village is to be really awesome and bring them to the dark side (and convince them to roll a healer for the guild).

How To Geek Kids

Start with something literary, because that’s just more classy.

R.L Stine’s Goosebumps series is now available as a digital graphic novel, so technically, if you bought this for them….You’re helping them with their computer skills and literacy and parents love that.

I don’t know whether you know who R.L Stine is, but I have the board game, a calendar and an entire bookshelf that says he’s kind of a big deal. I still remember the first book I got- Number 13: Piano Lessons from Hell. I remember it because it was the week that I started learning piano. My parents were not good at timing.

The books are predictable, but still enough to scare a 10-year-old. If there’s one thing 10-year-olds love more than being told “Eat as much chocolate as you like, you’re not my responsibility after 6,” it’s being scared.

It’s about a detective who’s a skeleton and a young girl who’s like Hit Girl but without all the R-rated vocabulary. There’s scary bits in it, quite a few scary bits in it. But the covers are all bright colours, so the parents won’t notice till it’s too late.

Terry Pratchett’s World of Poo may also be popular because… obvious jokes about bodily functions. Or start them young with Where Is My Cow?

Sure, everyone’s heard of Ben 10 and he’s okay. But for the kids who prefer Kevin 11, but still want to have a ‘hero’, let them know about Generator Rex.

Whereas Ben 10 has an alien called Four Arms, Generator Rex fights a girl with 4 arms (who despite her extra limbs, can’t find a way to latch on to reality).

If you want them to go more ‘oldskool’ (and who doesn’t?) Batman: The Brave and the Bold is a great choice. Diedrich Bader is obviously the best voice for Batman you’ve ever heard. Plus, the sooner you get them into Batman, the sooner you show them The Red Hood. Boom. 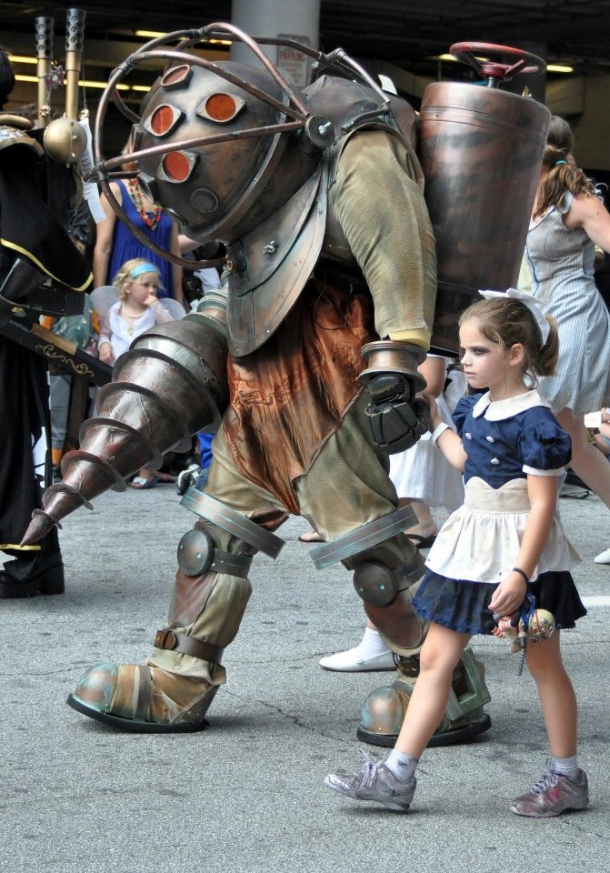 If done correctly, this will be the result of your geeky influence on the child.

No toy is worth having if you can’t inflict some pain with it, especially if that pain is inflicted on a sibling. Apparently though, there are rules and that’s why I’m not allowed to buy my friend’s kid a katana.

So start with something ‘light’. Like home-made light sabres. Bit of colored paper, wrapped around a torch-light and suddenly kids are using The Force. (Of course in MY day, we only had our imaginations and bits of broken wood with nails in them. The more I think of it, my parents did NOT supervise me nearly as much as they should have).

It’s even easier if you’re teaching kids to be Trekkies or TMNT fans because that just involves a lot of “pew, pew” or “SWOOSH, SWOOSH” sound effects.

The important thing to remember is that you’re starting this youngling off with the greatest gift of all – Knowing exactly what YOU would like to get for your birthday because they’re a Geek too.

Let us know what your favorite way to geekify your kid!